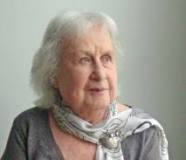 The London literary scene lost a notable figure and significant presence on January 20th with the death of the poet Leah Fritz. Leah had lived in Primrose Hill for over thirty years after moving from New York to London with her artist husband Howard in 1985. Only in the last year or two, after Howard’s death, did she move a little way up the road to St John’s Wood.

Leah was born and brought up in New York. Her father Harry Hurwit, was an architect who was involved with building some of the first skyscrapers in the city and her mother, Esther (nee Bloom) worked as a building manager.  After school and university Leah took a number of administrative jobs, including one at the Museum of Modern Art which was where she and Howard met.

Before coming to England, Leah’s literary reputation was largely founded on her political activism and writing in support of such causes as the Peace Movement, Civil Rights and Feminism during the 1960s and 70s. Her work in these fields – alongside such celebrated figures as Andrea Dworkin & Susan Brownmiller – has been documented in her books such as Thinking Like a Woman (1975) and Dreamers & Dealers (1980). Her many journal articles, correspondence and other papers from this important period in history are archived at Duke University for future generations of scholars.

Leah and Howard chose London as a place for their retirement. They had visited often as tourists and saw it as somewhere they could both focus on their respective arts of writing and painting. It was a choice they never regretted. (As a sign of their commitment to their new home city, one of the first things they did was adopt a dog from Battersea Dog’s Home. Flake was with them for many years and figured in one or two of Leah’s poems.)

On arriving in London,  Leah chose to give most of her attention to her poetry which until then had been a minor activity for her. (But she never lost her vigorous interest in politics – or her forthright opinions about it!) She soon made friends in London literary circles and was regularly to be seen at such venues as the Poetry Society and the Troubadour in Earls Court. She was particularly loyal to a local poetry meeting held every Sunday at the Torriano Meeting House in Kentish Town; and she was still a regular audience member – and sometimes a reader – until a few months before her death.

It was not long before Leah’s poetry began appearing in British magazines; and 1987 saw the publication of her first poetry collection, the intriguingly titled From Cookie to Witch is an Old Story from Bristol publishers Loxwood Stoneleigh. The same publisher also brought out her next two collections; but then in 2007 she switched to Bluechrome Press for Going, Going … which was praised by poet and critic Alan Brownjohn as offering a “sharp and entertaining criticism of life”.  Hearing Eye Press also published an illustrated chapbook edition of Leah’s poem From Cookie to Witch is an Old Story, featuring pictures by Emily Johns.

In 2012 Leah was able to draw together (most of) the threads of her poetic output when the prestigious Irish press Salmon Poetry produced a substantial New & Selected entitled Whatever Sends the Music into Time (whose cover design featured one of her husband, Howard’s elegant and enigmatic paintings). Amazingly, however, that was not to be her final publication because in November 2019 – a bare two months before her death – Hearing Eye brought out one last chapbook Gone (completing the 2007 Bluechrome title!). This contains some moving elegies for Howard, who died in spring 2018, along with other eloquent reflections on mortality; and it also has illustrations by Emily Johns. Sadly Leah was not well enough to attend the launch event for this book but she did live to see a positive  review

Leah’s poetry was always carefully crafted and often classical in its skilful use of regular forms. But she also knew when and how to slip into free verse when it suited the tone and subject matter of a poem – and she had a wide range of subjects: love & human relationships; travel; art & literature; and of course politics. She always wrote with great frankness and honesty, tackling her themes head-on. Her skill with both formal and free verse made her knowledgable and sharp-eyed critic and she contributed reviews to journals such as Acumen , PN Review and London Grip. For a number of years she was also a regular ‘below the line’ contributor to the Carol Rumens Poem of the Week feature in the Guardian; and one of her own poems was showcased there in  August 2011. 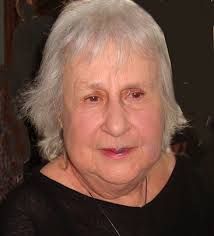 Leah’s dry sense of humour and fondness for debate will be greatly missed by close friends and neighbours in North-West London as well as her wider circle of acquaintances across the city and beyond. She will be remembered particularly for her loyalty in defence of any friend she felt was being treated unfairly. However, for those who knew Leah mainly in her public and sometimes combative mode, we should also mention the patient way she cared for Howard at home during the last five years of a long and debilitating illness. During that difficult period she somehow found the energy not only to keep writing but also to arrange benefit events for the Marie Curie organisation in gratitude for the support they gave with her own health issues. What’s more she oversaw a successful exhibition of Howard’s paintings at The Torriano meeting rooms in  January 2016 and also a retrospective show at the same venue in early 2019.

Leah leaves two daughters Monica (currently living in Turkey) and Amy (in the USA) as well as two grandsons Leon & Luca who are currently studying in Germany and Italy, To have such a widely scattered family seems fitting for a writer who herself loved travel and who made herself well and truly at home in two different countries. 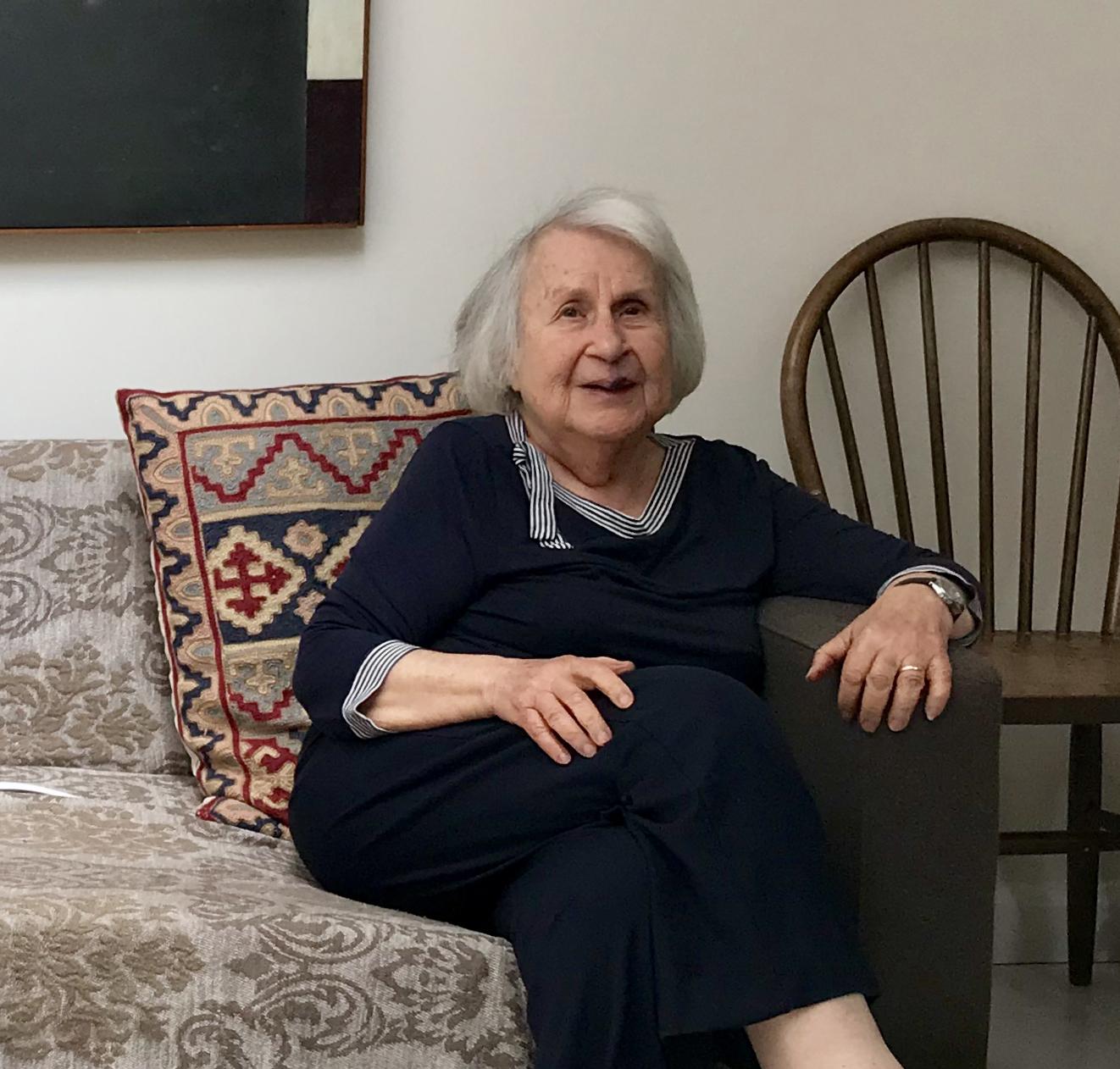