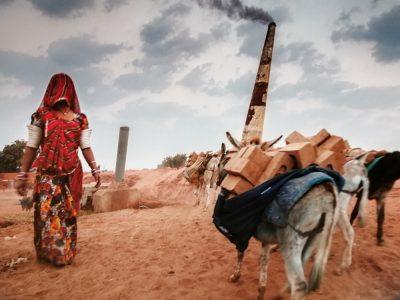 ‘Climate’ is the theme of the Summer Exhibition 2022 at the Royal Academy of Arts, an unmissable event.  More than 1,400 artworks are on display that have been selected from 15,000 entries; they are packed into 13 rooms and include huge to small installations, pictures in all media and all sizes, furniture of different sorts, sculptures, photographs, textiles, architectural plans, printed work, woodcuts and etchings.  They are all on sale and most of them are already sold.  Prices vary from a few hundred pounds to thousands of pounds.  The RA takes 30% commission of the net price plus VAT, which helps to fund the RA schools and the programme for exhibitions; the rest of the price goes to the artist.  All the works can be seen and purchased here: https://www.royalacademy.org.uk/exhibition/summer-exhibition-2022.

The urgency of the climate crisis and global warming has inspired interesting and original pieces that sometimes explore and at other times defy and protest against such an important issue that is putting at risk our life on the planet.  The connection to climate is sometimes loose and triggers a multifaceted perspective that ranges from identity to possible futures and mysterious visions.  The works are divided into themes that are then divided into sections.  For example, the pieces in the opening gallery were selected by Bill Woodrow RA under the theme of flowers and include landscapes and paintings of rocks and also pieces that connect to the Ukrainian war.  In other galleries, such as in Gallery II, the emphasis is on material, while in the Large Weston Room the display is connected to hope and change.  The artworks in Galleries IV and VIII were selected by Grayson Perry RA.  His aim was ‘to put in as many works as possible’, and visiting these rooms is a colourful experience that is also democratic and wide-ranging.  Spring, the ‘assault of senses’ and the ‘sublime’ are the focuses in the Small Weston Room, Gallery V and Gallery VII respectively.  Alison Wilding RA, who is this year’s Summer Exhibition co-ordinator, selected the works in Gallery VI and in the Whol Central Hall, the rotunda, that features a ziggurat-style central piece that showcases small sculptures.

The central piece of the exhibition, ‘Bad Lemon’ by Kathleen Ryan, which appears on posters and advertisements, is coated polystyrene in the shape of a lemon decorated with a myriad of precious and semi-precious stones, such as agate, quartz, jade, red malachite, hematite, jasper, rose quartz, onyx, and mother of pearl, as well as bone, acrylic, glass and steel pins.  The effect is mesmerising; the piece looks like a treasure and lingers in the viewer’s imagination with all its powerfulness.  The contrast with the title of the artwork is striking; it evokes the duality of bad and good, emphasising the positive effect of something that has gone ‘bad’.

Other interesting artworks are ‘Dandelion’, by Tommy Ramsey, which seems simplistic but is a figurative oil painting with an abstract flavour; ‘Come what may: remain’, an etching by Freya Payne, an absorbing portrait of a woman with her eyes closed; and the bronze ‘Covid bell’ by Grayson Perry.  This last piece is rich in symbols and images which are reminiscent of medieval iconography and that refer to death and the struggle to recover from Covid.  The protruding figures embossed on the bell that look like breasts with pointed nipples, symbols of fertility, contrast with the coffins and skeletons that surround the bell.

Images of dead trees and apocalyptic scenarios are present alongside more hopeful visions.  Landscapes, rivers, woodlands and fields are represented in different media from traditional pictures in acrylics and watercolours to textiles, sculptures and videos.  The good and bad effects of the influence of humankind on nature is clearly pointed out, for example in ‘Dead trees pointing accusingly at the sun’ by John Lloyd and in ‘Harvest’ by Sir Christopher Le Brun.  Some works are humorous, such as ‘It looked like rain so I did not go’ by Michael Dawson, ‘Man made nature’ by Ben Edge, ‘Fairy and bower fragment’ by Neil Jeffries, and ‘World domination pillow’ by Jerilea Zempel.  They look at climate change from an unusual playful angle that ironically emphasises how serious the matter is.

Seeing the contributions of Academicians alongside less-known and emerging artists is interesting and surprising.  The art world develops in different directions and new visions that continuously stimulate the viewer.  The summer exhibition has plenty of these examples, revealing original styles and unpredictable subjects.  Some critics and reviewers have described the artworks on display as banal, obvious, too genteel and aimless.  They conclude that it is conventional ‘bad art’.  In my opinion, this year’s selection expresses joy and creativity without losing the focus on climate change.  The pieces are at different levels, from thought-provoking artwork to more generic pieces that are very loosely connected to climate.  However, all the works are interesting and engaging; they express strong ideas and are executed with expertise in a wide range of media.  We can have our favourites, but certainly experimentation and boundless creativity are at the fore in the display and point to the infinite potential of art.

The exhibition delves into several possible climatic scenarios that influence our life on the planet and, at the same time, are the consequences of ‘man made nature’.  The artworks on display are clever and compelling images that reveal in a thousand faces the reaction of artistic imaginations to such an important global problem.  The earth is warming up and natural disasters and extreme weather conditions such as storms, floods, droughts and heatwaves provoked by pollution and carbon emissions are affecting the life, and are causing the death, of millions of people.  The rules implemented by governments and companies have a slow and minimal effect, but maybe we are still in time to tackle the crisis and reverse the situation.  Art voices the worries and hopes that humans have and the visions that they create in their wildest dreams when they are imagining a better world. 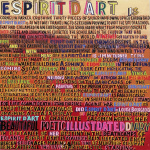