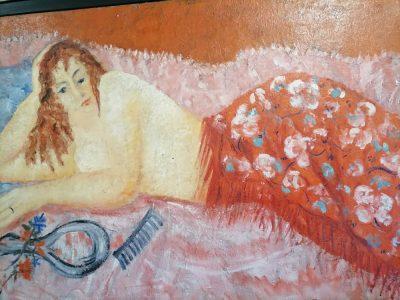 The Roman School of Painting at Villa Torlonia

The impressive compound of Villa Torlonia, which is in via Nomentana in Rome, is the result of the development of various buildings in the natural environment of the park.  It is an estate that passed from the Pamphilj family to the Colonna family and was then purchased by Giovanni Torlonia in 1797.  He was a wealthy banker who assigned the refurbishing of the edifices and the remodelling of the park to the renowned architect Giuseppe Valadier.  From 1832 some of the buildings were expanded and refurbished by Giovanni Battista Carretto, who also added features such as faux ruins.  Prince Giovanni Torlonia Jr (1873–1938) converted the Swiss Hut into the splendid Casina delle Civette (Little House of Owls), where he eventually went to live.  He rented the rest of the Villa to Benito Mussolini from 1925 until 1943, when Mussolini was arrested.  From 1944 until 1947, the Villa was the centre of the Allied High Command; it was finally expropriated by Rome City Council in 1977 and was opened to the public in 1978.  The park and the buildings, which include Casino Nobile, Casino dei Principi, Casina delle Civette, the Lemon House, the Red House, a Moorish Conservatory, a tower and a theatre, were severely damaged and in a state of extreme deterioration due to a long period of neglect; they were renovated over the years and are now used for cultural events and for hosting exhibitions and can be visited for leisure or artistic purposes.

The garden and the buildings at Villa Torlonia were conceived as fashionable meeting places for the aristocracy of Rome, a place for the élite; it was an enchanting environment where garden parties and cultural gatherings took place.  The eclectic edifices were reminiscent of ancient cultures in terms of the architectural structure and internal decoration of the buildings as well as the displays of sculptures and paintings inside them.  The restructuring of the Villa represented a celebration of the splendours of past civilisations renewed in modern times.  Even today, the park evokes this memorable past in its palm trees, fountains and winding paths that allow ordinary people to access what was once the flânerie of the privileged, a wandering that is an occasional leisure activity and intellectual enrichment at the same time.

In this cultural context, the permanent exhibition of paintings by the Scuola Romana (Roman School) at Casino Nobile is an outstanding feature.  This group of artists met in Rome between 1920 and 1940 at the Art School of Felice Carena and practised life drawing at the Scuola Libera del Nudo in via di Ripetta.  Artists such as Corrado Cagli, Giuseppe Capogrossi, Emanuele Cavalli, Ezio Sclavi, Fausto Pirandello, Mario Mafai, Antonietta Raphael, Marino Mazzacurati and Onofrio Martinelli combined the Italian tradition of the great masters with modern painting techniques, taking inspiration from the landscape of the Roman countryside that bordered and merged with the city.  Not only landscapes but also portraits and still lives are on display; they emphasise the major role that colour and light play in the artists’ work in a synthesis that is experimental and also confirms the importance of drawing in Italian practice and of the juxtaposition of different forms present in classical artistic tradition.  Artworks by the Scuola Romana were widely exhibited in galleries and Biennales in Rome, Milan and Paris until 1945, when the influence of informal abstraction painting from the US prevailed in the art world and the Roman School style was not as popular.

The artists of the Scuola Romana were a heterogeneous group; they were stylistically autonomous from one another though they all identified with the thriving cultural context of Rome in the period between the two wars.  It is a complex movement that does not represent a specific style but is rather a conversation between artists and intellectuals open to European influences.  The glorious past of Rome therefore mixes with the ordinary present of Roman ruins and baroque churches, emphasising a sense of decadence.  The contrast is with the urban reorganisation ordered by Mussolini that changed forever the structure of the centre of the capital.  During his dictatorship, some medieval districts were pulled down to make way for large avenues where the military parades of the regime took place.  These artists instead focus on the ordinary and on the relationship between colours and shapes in a juxtaposition in the composition that rejects the rhetoric of the regime in favour of a sober vision.

The landscapes and still lives of Antonio Donghi are examples of this tendency.  His ‘Violated Valley’ and ‘Still Life with Coffee Cups’ show a style in which the subjects are treated as forms that absorb and reflect light in a balanced composition.  This classical approach can be attributed to the rediscovery of the work of Piero della Francesca that Roberto Longhi analysed in 1927.  A similar method is present in most of the portraits on display such as Francesco Trombadori’s ‘Portrait of Elena Micucci’, Nino Bartoletti’s ‘Portrait of Pasquarosa’ and Edita Broglio’s ‘Portrait of a Woman’; they allude to the portraits painted by the Venetian painters of the 16th century in the pose of the sitter and in the rendering of the subject.  On the contrary, Guttuso’s and Pirandello’s portraits are more experimental.  Guttuso’s ‘Seated Girl Wearing a Red Apron’ shows a plastic use of colours where the thick texture of the creases and pleats of the apron are treated as geometric forms that allude to cubism.  In a similar way, the portraits by Fausto Pirandello reveal an experimentation that is a reminder of Parisian avant-garde.  Some of the paintings are directly linked to Rome, such as ‘Roman Landscape with Red Arches’ by Carlo Levi, ‘Crane on the Tiber’ by Riccardo Francalancia and ‘Romolo e Remo’ by Corrado Cagli.  Renzo Vespignani depicts degraded areas in his ‘Prostitute’ and ‘War Casualty at the Tiburtino Train Station’, revealing the dramatic side of the city in his sharp lines and monochrome ink drawings.

The exhibition offers a comprehensive view of the individual and common research that the different artists of the Scuola Romana carried out between the two wars.  They shared ideals and places, such as Caffé Greco, Villa Strohl-Fern and Mafai’s studio in via Cavour, in a bond of fellowship that allowed personal experimentation as well as common goals that they achieved.  It is a language of new realism that is inevitably linked to the neorealism that emerged in Italian film in the 1930s and 1940s.  Volume, light and colour were fundamental in their creations; they explored the ordinary but also revealed the deprived outskirts of the city that referred to the vestiges of an ancient past but also to the barbaric traits of a torn-apart present. 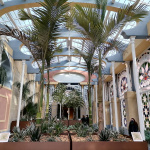 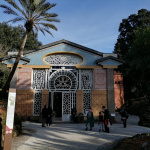