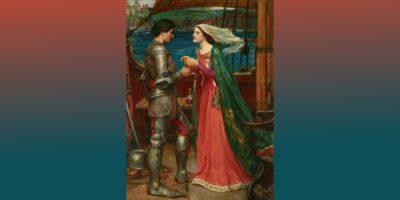 London Now and The Art of Literature

Leonardo da Vinci, creator of Salvator Mundi, the most expensive painting sold yet, said: “painting is poetry that is seen rather than felt, and poetry is painting that is felt rather than seen”.

Seller of the Salvator Mundi in 2017, Christie’s, which is cultivating its image as so much more than a place where very rich people spend millions, has taken his words as part of the inspiration for an exhibition open free to the public that showcases teasingly the latest lots next to rarely seen, privately-held works that are not for sale.

Curated by Victoria Gramm, Annabelle Scholar and Mark Wiltshire, described as the next generation of Christie’s specialists, the presentation is multi-layered.  It all falls under the heading London Now, a summer culture festival that focuses on London as a global centre for art as the sector bounces back from lockdowns, offers the rich a haven for wealth in uncertain times and joy for everyone able to appreciate it.

Beneath the umbrella title, The Art of Literature exhibition is in turn divided into a Loan and Selling Exhibition made up of 50 works around half of which are to be privately sold (prices available on request) and the other half of which are on loan from private collectors.

The treasures range from a Shakespeare first folio to a J. K. Rowling first edition signed by the author, both in exceptional condition.

Within those bookends, so to speak, the symbiotic relationship of art and literature is celebrated through rarely-seen works including Pablo Picasso’s deep, complex, playful cubist drawing of his friend Apollinaire.

Another seldom explored aesthetically fecund relationship was between Lucian Freud and French poet Olivier Larronde, who died prematurely aged 38.  Christie’s has brought together seven youthful, appealing works from 1946 when Freud painted Larronde’s two parrots and also drew in ink a caged bird intended to be a bookplate for Larronde’s The Bird in the Gilded Cage, which never reached publication.

Whereas Freud’s parrots date from just after World War Two, John William Waterhouse, regarded as the last of the Pre-Raphaelites, painted Tristram and Isolde in 1916 at the height of World War One.  Should you wish to own a painting imbued with the exquisite longing of two lovers thinking they are about to be united in death, it is for sale.

Closer to the present day, living artist Peter Doig’s paintings of the Caribbean – such as Red Boat (Imaginary Boys), with silvery sky a reproduction could never replicate over a lush, green, melting landscape – inspired poetry by the Nobel Laureate Derek Walcott.

The Loan and Selling exhibition is open to the public until July 14.

In a gallery upstairs, The Art of Literature: Auction Highlights Exhibition, which will run until June 15, displays some of the outstanding lots from Christie’s this summer.  They include works by Barbara Hepworth and Henry Moore and the Hellier Violin, a Stradivarius accompanied on this occasion by a poem on a Stradivarius by George Eliot.

In the spirit of London Now, such hallowed works are offset by an eye-catching selection from London-based designer Molly Goddard’s Autumn/Winter 2019 ready to wear collection of brightly-coloured smocks and frocks inspired by Thomas Hardy’s Tess of the d’Urbervilles.

The final section – or chapter – is First Editions, Second Thoughts, an online auction taking place between June 28 and July 12 of first editions annotated with the second thoughts of writers including Margaret Atwood, John le Carré and Ian McEwan.

The online sale will raise funds to support human rights organisation English PEN’s work to defend free expression as Christie’s positions itself as a force for artistic good, even spiritual wellbeing.