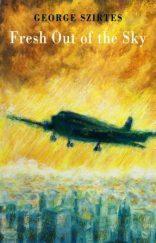 Poetry review – FRESH OUT OF THE SKY: Nick Cooke finds assured and versatile poetic craft in the latest collection by George Szirtes

As a poet, translator, editor and memoirist, Hungarian-born George Szirtes has been distinguishing himself with impressive regularity ever since his first book, The Slant Door, won the Faber Prize in 1980. Most recently, The Photographer at Sixteen, his loving, haunting account of the life of his mother, a Holocaust survivor who brought him and his brother over to England following the Soviet invasion of their home city Budapest in 1956, garnered an array of critical praise and won the 2019 James Tait Black Prize for Biography. His latest volume of poems is a tour de force of what he has termed ‘the music of what happens’, a supremely well-modulated examination of both his own life and the world at large as seen through the eyes of someone, in Bob Dylan’s words, ‘always on the outside of whatever side there was’.

Of the book’s six sections I found the first, the title sequence, the most affecting of all. Written in one of his several trademark verse forms, terza rima, it details the years following his family’s arrival in North London, when as a diffident eight-year-old who had just endured the kind of nightmare cross-European journey now so regrettably familiar to a new wave of refugees, he had to confront what effectively was a void, albeit one with endless possibility – ‘a blank page / to walk across with more pages to come – / through distances impossible to gauge’. At once the connotations of the key adjective ‘fresh’ are revealed in all their polysemic potential – innocent, naïve but also a tabula rasa for future adventure.

The young George’s voyage through the initially alien landscape is an inward, reflective one, in which his acquisition of the new language, like his absorption of cultural features such as films, comics and football teams, does not lead to complete integration:

Unspoken acknowledgement of the oddity of a word such as ‘oddment’, when perhaps the less odd ‘oddball’ might have come more naturally to mind, is typical of Szirtes at his wistfully playful best.

In interviews, Szirtes has spoken of his various poetic influences, including T.S. Eliot, and there is much of both ‘Prufrock’ and ‘Four Quartets’ here. As well as some characteristically well-observed details, such as ‘stairs that smell / of cigarette smoke and impermanence’, and ‘Interminable phone calls / in the lobby’, his boarding house memories encompass ‘The pulse / of other people’s half-heard arguments’, wittily compressing ‘Prufrock’’s ‘half-deserted streets…that follow like a tedious argument’. The London landscape is overcome by fog, which much as in Eliot’s poem intimates the main character’s uncertainty and apprehension, with a deliberate syntactical and metaphorical entanglement neatly mimicking the boy’s awkwardness:

And if not quite a patient etherised upon a table, the new homeland is seen in drily diagnostic terms, by a poet whose eyebrows are forever shifting upwards in varying shades of ironic introspection:

In the book’s second section, ‘Inside the Yellow Room’, Szirtes engages in a dialogue with his late father, Lazlo, around issues of Jewish and Hungarian identity. These poems centre on the Budapest ghetto that Lazlo left during World War II, a place that the son now urges his father to re-enter, through the power of memory, so that its culture, language and atmosphere, and that part of Lazlo’s identify forever bound up within it, should not be lost forever. His voice is increasingly terse, tense, powerful:

Later in the poem, the son implies that Lazlo never fully left the ghetto in the first place, emotionally, even as he relates the need to move on from a place that had become nightmarish under Nazi occupation:

In the next poem, ‘Dust’, the son writes movingly of Lazlo’s death many years later, as if fearful that the always remote figure of his father, still a largely unknown quantity to his family, will vanish from George’s consciousness, just like the abandoned ghetto:

The poet seeks a clarifying of identify and inheritance that, despite long since having settled securely in England, he has craved but never found:

This section is followed by the haiku-based ‘Going Viral’, where more recent events and issues are explored, as we enter the Covid-dominated world of the last eighteen months. In one of this part’s most striking poems, ‘Legend’, the history of pandemics is distilled with understated, beguiling simplicity:

Eliot had asked the reader to ‘Wipe your hand across your mouth and laugh’, as ‘The worlds revolve like ancient women / Gathering fuel in vacant lots’. For Szirtes, it is the planets who can be seen as either habitually laughing or expressing amazement, depending on how one interprets that final phrase, though what precedes it strongly suggests the former.

Lazlo features once more, in the section entitled ‘Five Interludes’ where Szirtes appears to intimate a new level of closeness to his father, by paralleling his own movement towards old age with Lazlo’s:

‘Mine’ is syntactically ambiguous: do Lazlo’s eyes turn to his son’s eyes, or his (George’s) dotage? What follows is double-edged in a different sense, combining as it does a note of reproach with a hint of applause, around the dual meaning of ‘getting out’ (freeing oneself, and shirking responsibility):

If I was slightly less taken with the book’s last two parts, ‘Nine Dream Songs’ and ‘Bestiary’, it was due not to any inherent defects of execution, but to the fact that the dreaminess inevitably lacked some of the previous material’s sharp-eyed exactitude around the tenderness and tragedies of real life, and the closing section consisted of poems that partly consisted of prose, which I happen to dislike as a genre. This minor reservation in no way lessened my esteem for a volume that deserves to be treasured as a model of assured and versatile poetic craft, from one of the UK’s senior and justly-revered practitioners.