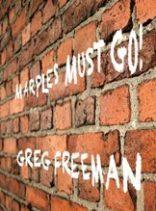 Childhood and youth are evoked in clever and witty recollections in Greg Freeman’s first full collection. The music of the 1960s, political issues, love encounters, school reminiscences, Brexit, Covid and everyday memories are smartly revisited, entertaining the reader. The tone is colloquial and light; it is slightly nostalgic at times but it also reveals rebellious undertones. Some poems address wrongs and injustices and express hope for a more equal society. Fun mixes with serious topics, involving the reader in a journey that traces Freeman’s life in a diary of sorts.

The lyric voice is distinctive and strong, captivating and apparently easy-going. Memories about juke boxes mix with politics and everyday events:

Music has healing properties and helps make sense of life; the difficulties the poet is experiencing profoundly affect his life, shaping a sense of justice that is constantly pursued. The angles from which these themes are investigated are various, interesting and thought-provoking. The poems do not give definite answers or final solutions but still question the reader about some important national and global events that are seen from a personal point of view.

Born in the south of England, Freeman travels north where Gillian, his fiancée, went to attend university in York. The city is surrounded by ‘ancient streets loaded with history/and pubs.’ This is an experience that opens him up to unexpected encounters, revealing his love of life and his empathy with people.

The title poem refers to the politician Ernest Marples, who ‘had a pecuniary interest in motorways,/a finger in the pie’ and who apparently also had ‘a fetish/for dressing up in women’s clothes/and being chastised.’ This confirms Freeman’s attention to past and present inequalities and wrongs, from the aftermath of the Battle of Hastings to ‘Coleridge and his “Democratic” kind/with their talk of freedom/and The Rights of Man’ (“Spies”). Their language is ‘everyday language […]/of words that common folk could understand’, which points to the importance of a kind of communication that abolishes discrimination and disparities in a comprehensive view.

Some poems refer to Freeman’s work as a subeditor of The Guardian, while others convey perceptive observations of his journeys around Europe with distinctive impressions and unexpected imageries:

The funny and slightly awkward episode in which a bartender at a restaurant near the Loire refused to serve him a drink on a hot summer day is a funny vignette treated with a delicate touch. The French and English languages are skilfully mixed in the poem, which ends with some witty remarks in which the Hundred Years’ War and the Plantagenet Angers are ‘twinned with Wigan.’

A series of poems is dedicated to Brexit and to the disappointment Freeman felt the day after the 2019 general election in mid-December, when it became clear there was no going back on Brexit. He was in Marbella with his daughter Kate when it happened, playing with his ‘Anglo-Spanish grandchild on the swings and slides’ and trying to make sense of the fact that the UK would inevitably leave the EU. The frustration is dealt with in a masterly and positive way by evoking some Spanish songs and the bright light of a brazier.

The compelling sequence about Sean Henry’s sculptures in Woking is inspiring, and the provocative poems question the statues and what they represent. Freeman’s interpretation is clever and ironic and suggests multiple interpretations:

The last poems have a slow rhythm. Freeman’s life has changed after retirement, and the frantic enjambments of the poems about his youth are now replaced by smoother, suggestive lines and have a softer tone. “The Flickering Stars” is a pandemic/lockdown poem:

Eventually Freeman has a different but equally important commitment in his heart, that is, clapping for the NHS staff on Thursday evenings, which makes him feel part of a community that is sincerely supportive and determined to face and overcome the pandemic. The conclusion is optimistic and open to a better future when, at the end, he removes his mask ‘and for the first time smell[s] the sea.’ These last lines inspire a sense of renewal, a positive openness to enjoying life again and, more than ever, to getting involved in its inevitable effects.