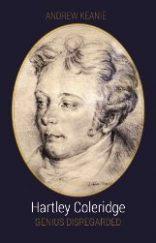 The child of a famous artist, whatever the genuineness of their own gifts, cannot escape comparison to their parent. So it holds that Hartley Coleridge, the eldest son of Samuel Taylor Coleridge, is regarded by the bulk of contemporary academia primarily as an adjunct to the life of his father and not a significant poet and thinker in his own right. In his introduction to this slender but valuable volume, Andrew Keanie laments that Hartley ‘has become known (if known at all) as something of an eccentric Lakeland recluse, a scholar gypsy fading into alcoholism, lingering immaturity and obscurity, despite having been so full of potential.’ The intention of Keanie’s book is to complicate such a picture. It is divided into two parts: a string of brief chapters outlining the basic facts of Hartley’s biography and offering theories as to why he has been disregarded, followed by an assemblage of his poems. The first theory offered by Keanie is that, quoting Don Paterson, Hartley ‘was so eloquently convincing on the matter of his own literary inferiority that he was at least partially complicit in his own oblivion.’ It becomes difficult for the reader to dispute this assertion when faced with poems like Poietes Apoietes:

Subsequent theories offered include a gradual erasure from anthologies and the inability of critics to distinguish the worth of his poems from the mess of his life.

As a young man (on the strength of a ‘brilliant undergraduate career’) Hartley was granted a Fellowship at Oriel College, Oxford. He plunged into heavy drinking and did not complete it. According to the memoir written by his brother Derwent, the guilt of losing the fellowship afflicted Hartley until the day he died. Keanie believes Derwent’s interpretation to be responsible for the ‘moralising condescension’ which characterised studies of Hartley for the next two centuries. As an alternative to this interpretation, he cites the poet Edmund Blunden, who, reviewing a biography of Hartley in 1929, wrote, ‘Incomplete, eccentric, confused, interrupted as the story of Hartley Coleridge must be, to adventure into his poems is to pass into a sphere of completeness, method, and continuity.’ Or, as W.B Yeats put it: ‘The intellect of man is forced to choose / Perfection of the life, or of the work.’ What matters, in the end, is what is left on the page.

The form at which Hartley most excelled was the sonnet. In 1933 The Quarterly Review predicted he would come to be seen as ‘the sweetest English sonneteer’ after Shakespeare. That this did not occur has perhaps something to do with his tone. As Keanie writes, the poems do not present ‘an excess of passion.’ They are quiet, subtle, contemplatively melancholic, and it is tempting to take these qualities as another possible explanation for Hartley’s current neglect. His sonnets, faultless in their technique, penetrating in their imagery, can nonetheless look rather pallid and withdrawn beside the ones addressed by Shakespeare to his dark lady, or, to give another example, Philip Sidney’s magnificently tormented sequence Astrophel and Stella. Hartley is concerned with childhood, ageing, failure, the philosophical implications of mortality. In To An Infant, he writes of life as being a kind of demotion for the soul: in living, a person is torn from the ‘immortal glories’ in which they resided before their birth. Fairies recrudesce throughout Hartley’s poems, as do references to paradise and Arcadia. Like his father, Hartley was a man who believed in a world beyond the finitude of his perceptions; unlike his father, he was not interested in marshalling a grand vision of the universe. He was conscious that his longing for transcendence, for a gilded elsewhere, was to a great extent the product of his own psychology. In the poem Fairy Land he writes that

He proceeds to describe how such a setting would permit him to enter a zone in which ‘the wee maid in her scarlet hood’ was as real as ‘the babes that wander’d in the wood.’ His paradise was the paradise of fiction. (This love of magical stories was shared by Hartley’s sister Sara, who wrote the epic fairy-tale Phantasmion.)

The insights of Hartley’s poems are rarely original, but they are beautifully expressed. Take the first to appear after Keanie’s introductory section: I dreamed that buried in the fellow clay. In it, the poet dreams that he is dead, and lying in a grave beside a common beggar. Offended at such company, he cries: ‘Scoundrel, begone, and henceforth touch me not. / More manners learn and at a distance rot.’ To which the beggar responds: ‘Here all are equal, now thy place is mine, /This is my rotting place, and that is thine.’ What we are looking at is a reworking of a perennial theme in poetry, captured, to my mind, most memorably in James Shirley’s Death the Leveller, wherein he writes: ‘Spectre and crown / Must tumble down / And in the dust be made / With the poor crooked scythe and spade.’

Hartley’s poems, in their gloomy interiority, their obsession with death and ageing, often give the sense of anticipating Philip Larkin (without, of course, the eruptions of brutal humour which enliven Larkin’s poems). From The First Birth Day: ‘Poor mortality / Begins to mourn before it knows its case, / Prophetic in its ignorance.’ As with Larkin, Hartley is masterful in his ability to combine despair with enchantment, to celebrate the world in spite of his failure to fully apprehend its riches. I conclude this review with a quotation from the final stanza in his poem Humming Birds: