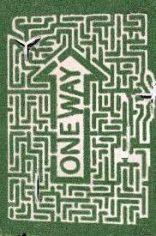 Copyright of all poems remains with the contributors.
Biographical notes on contributors can be found here

SUBMISSIONS: please send up to THREE poems plus a brief bio to poetry@londongrip.co.uk
Poems should be in a SINGLE Word attachment or else included in the message body
Submission windows are: December-January, March-April, June-July & September-October 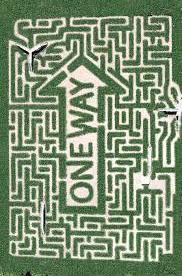 As we go to press there is much talk of roadmaps and escape from lockdown. Yet we fear the many weeks of restrictions may have caused us all to become over-cautious.  For instance, will our readers feel they only dare to approach the poems in this issue in the order they are presented?   We invite you, therefore, to exploit your freedom to pursue an arbitrary route through the contents rather as you might explore a maze.  A trip from supermarkets via the cinema to a circus is one possible path.  An alternative trajectory runs from the abstractions of chaos theory and quantum physics to the all-too-material chaos of war and its aftermath. Then again, you might tumble into the transcendent and encounter an angel’s eye view of history and accountability, taking in the Garden of Eden and ending who knows where.  All these options and more lie before you …

… but they so easily might not have done.  In February, a glitch at our web-hosting company resulted in a major loss of material and threatened to turn this entire issue into a 20 page erasure poem.  This might have attracted admiration in certain quarters for its daring originality; but we think that most of our readers will be glad that dedicated efforts of our IT department (fortified by Bessie the tea lady and overseen benevolently by Mongolia the office cat) have succeeded in restoring all that had been lost.

Murray Bodo is an American Franciscan Friar.  He has published eight volumes of poetry, the latest of which is Teaching the Soul to Speak, Tau Publishing, 2020.  In May, 2021, Franciscan Media will release his new book, Nourishing Love: A Franciscan Celebration of Mary

Rachel Burns’ debut pamphlet, A Girl in a Blue Dress, is published by Vane Women Press.  She is recently published in Butcher’s Dog, Fragmented Voices, The Poetry Village and The Blue Nib. Her poem, Pegs was selected for The Poetry Archive, Wordview, 2020.

Robert Cole was born in London & has lived in India, Mexico & France. His poetry is published in literary magazines & journals the UK & USA, including Ambit, Gargoyle, New Statesman, London Magazine & The Observer. His work has been anthologised in the PBS anthology 2 (edited by Anne Stevenson); Klaonica (Bloodaxe), Veins of Gold (University of Salzburg), March Hares’(Fine Madness), Beyond Bedlam (Anvil), Spoils (Smith’s Doorstop), as day begins’(Wivenhoe Books), New Poetry 2018 (edited by Aria Ligi). Robert has seven collections and has read at Lauderdale House, French House in Soho & Shakespeare & Company in Paris. He edited Chimera for ten years.

Martin Oliver Connolly is a consultant, writer and governor with the Royal Free Hospital in London. He is from Ireland but was made in Taiwan, where he lived with his dog Brandy from 2008 to 2011, before they returned to Ireland, changed utterly.

Carla Scarano D’Antonio lives in Surrey with her family. She obtained her Master of Arts in Creative Writing at Lancaster University and has published her creative work in various magazines and reviews. Her short collection Negotiating Caponata was published in July 2020. She is currently working on a PhD on Margaret Atwood’s work at the University of Reading.
http://carlascarano.blogspot.com/  http://www.carlascaranod.co.uk/

Briege Duffaud is Northern Irish but has spent most of her life in France and England. She has written novels and short stories and has had poetry in The Spectator, Poetry Ireland Review, French Literary Review, Acumen, Orbis and London Grip

Josh Ekroy lives in London. His collection Ways To Build A Roadblock is published by Nine Arches Press. His poems have appeared in Best of British Poetry (Salt) and The forward Anthology.

Gerry Fabian is a retired English instructor. As a poet and novelist, he has been publishing his writing since 1972 in various literary magazines.
His web page is https://rgerryfabian.wordpress.com

David Flynn was born in the textile mill company town of Bemis, TN.  His jobs have included newspaper reporter, magazine editor and university teacher.  He has five degrees and is both a Fulbright Senior Scholar and a Fulbright Senior Specialist with a recent grant in Indonesia.  His literary publications total more than two hundred.  He lives in Nashville, TN, and currently teaches at Tennessee State University.

John Freeman’s most recent books are Strata Smith and the Anthropocene (Knives, Forks and Spoons Press) and What Possessed Me (Worple Press) which won the Roland Mathias Award in 2017. He won the Bridport prize in 2018.

Neil Fulwood was born in Nottingham, England, where he still lives and works. He co-edited the Alan Sillitoe tribute anthology More Raw Material (Lucifer Press) and has published two collections with Shoestring Press, No Avoiding It and Can’t Take Me Anywhere, with a third due for publication later this year.

‘a Post Card to‘, a collaboration between Stuart Henson and John Greening is published this month by Red Squirrel Press.stuarthenson.co.uk

Glenn Hubbard lives in Madrid and has been writing poetry since 2013. This year he won the 40 Word Poem Competition in the Bangor Literary Journal. He owes a great deal to the late R.F.Langley and loves to listen to W.S. Graham’s The Nightfishing

Jan Hutchison is a New Zealand poet and has written four collections including ‘Kinds of Hunger’. She lives in Auckland close to kauri and native forests.

Christopher M James is a British/French poet and a retired HR professional who lives near Paris. He has been published in numerous magazines and anthologies, and has won a number of prizes (Sentinel, Yeovil, Stroud, Poets meet Politics, Wirral, Maria Edgeworth, Earlyworks …). He is also a musician, a translator, and some would say, a failed journalist

Kurt Luchs (kurtluchs.com) has poems published or forthcming in Antiphon, Into the Void, and La Piccioletta Barca. He won the 2019 Atlanta Review International Poetry Contest, and has written humor for the New Yorker, the Onion and McSweeney’s Internet Tendency. His books include a humor collection, It’s Funny Until Someone Loses an Eye (Then It’s Really Funny), and a poetry chapbook, One of These Things Is Not Like the Other. His first full-length poetry collection, Falling in the Direction of Up, is forthcoming from Sagging Meniscus Press.

Caroline Maldonado is a poet and translator living in the UK and Italy. Publications of her poetry and recent translations from Italian include Isabella (2019); Liminal (2020) both by Smokestack Books, What they say in Avenale, (IDP 2014); and forthcoming The Creek Men (Knives, Forks & Spoons 2020/21).

Sally Michaelson is a retired conference interpreter in Brussels. Her poems have been published in The High Window, The Lake, IS&T; Algebra of Owls, Squawk Back, The Bangor Literary Journal, The Seventh Quarry, Lighthouse, and Hevria.

Ray Miller is a Socialist, Aston Villa supporter and faithful husband. Life’s been a disappointment

Tristan Moss lives in York with his partner and two youngish children. He has recently had poems published in Ink Sweat & Tears, Snakeskin and Obsessed with Pipework.

Mary Mulholland’s poem have been featured in many journals and anthologies, most recently, Ambit, Finished Creatures, Under the Radar, and her poems have been mentioned in many prizes,. Most recently commended in Winchester Prize, Artylst, a winner of the Poetry Society Members’ Competitions ‘Vision’, shortlisted in Trim, Buzzwords and Aesthetica. She founded Red Door Poets and is an editor of The Alchemy Spoon. www.marymulholland.co.uk  @marymulhol

Robert Nisbet is a Welsh poet who has been published widely in Britain and the USA, where he has twice been nominated for a Pushcart Prize.

Keith Nunes (Aotearoa/New Zealand) was nominated for Best Small Fictions 2019 and the Pushcart Prize, and he won the 2017 Flash Frontier Short Fiction Award. He’s had poetry, fiction, haiku and visuals published around the globe. He creates to stay sane.

Stuart Pickford works as a teacher in a comprehensive school in Harrogate. His latest book is Swimming with Jellyfish published by smith/doorstop.

Colin Pink’s poems have appeared in a wide range of literary magazines such as Poetry Ireland Review, Acumen, South Bank Poetry, Magma, Under the Radar and Poetry News and online at The High Window, Ink Sweat & Tears, Blue Nib, and Ekphrastic Review. He has published two poetry collections: Acrobats of Sound, 2016 from Poetry Salzburg Press and The Ventriloquist Dummy’s Lament, 2019 from Against the Grain Press

Mat Riches is ITV’s poet-in-residence (They don’t know this). His work’s been in Dream Catcher, Firth, London Grip, Poetry Salzburg, Under The Radar, South, Orbis, Finished Creatures, Dreich, Fenland Poetry Journal, Wild Court, And Other Poems and Obsessed With Pipework.  He co-runs the Rogue Strands poetry evenings and has a pamphlet due out from Red Squirrel Press in 2023.

Rabia Shaheen is from Lahore, Pakistan and was born in 1997. Currently, she is completing an M.Phil. degree in English Literature from University of the Punjab.

Andrew Shields lives in Basel, Switzerland. His collection of poems Thomas Hardy Listens to Louis Armstrong was published by Eyewear in 2015. His band Human Shields released the album Somebody’s Hometown in 2015 and the EP Défense de jouer in 2016

John Short lives near Liverpool and is a member of Liver Bards. His poetry has appeared in magazines around the world in Spain, France, Austria, Singapore, Nigeria, Ireland, the USA, Canada and Britain. His pamphlet Unknown Territory (Black Light Engine Room) and full collection Those Ghosts (Beaten Track Publishing) came out in 2020.

Christopher Stephen Soden received his MFA in Creative Writing (Poetry) from Vermont College of Fine Arts in January 2005. His collection: Closer was released by Rebel Satori – QueerMojo in June of 2011. He teaches literature, genre, craft, and coordinates poetry workshops. He writes drama and critiques local theatre for his column at sharpcritic.com. His work has appeared in The Cortland Review, Rattle, The Gay & Lesbian Review, Sentence, Glitterwolf, Collective Brightness, A Face to Meet the Faces, The Texas Observer and Windy City Review.

Mark Totterdell’s poems have appeared widely in magazines and have occasionally won prizes. His collections are This Patter of Traces (Oversteps Books, 2014) and Mapping (Indigo Dreams Publishing, 2018).

Stella Wulf has a deep love of the natural world and a passion for politics, and the human condition—themes that she explores in her poetry. Her first pamphlet, After Eden, was published in 2018, and A Spell In The Woods, an illustrated chapbook, is forthcoming with Fair Acre Press in February 2021

Lynne Wycherley lives in a shifting landscape in the West Country and has long been inspired by the interplay of land, light, history, and our souls. Her  new collection Brooksong and Shadows is due from Shoestring Press in early summer.