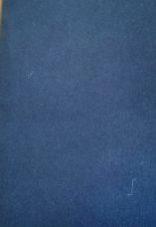 Suna Afshan is a poet that I find it very tricky to get beyond the first line or two of…No, wait, come back, this is a good thing.

She makes it very hard to get really into each section of the poem in Belladonna because of the quality of the opening lines. I found myself stuck in a loop of reading aloud the first four lines of “I. Soothsayers”.

Or once you get beyond that and get to the next section of the poem, “II. Twilight Sleep”, you have to contend with

Just a couple more from the remaining two sections in this pamphlet will make my point. “III. The Bog Mirror” starts with

Finally, as if you needed more proof of the veracity of this particular pudding, “IV. Dead Out of Time” offers us

If you’ve not been convinced by this stage and on the grounds mentioned above then it’s probably best to stop reading here, but if you’re still with me—GOOD!! Let us proceed…

Belladonna is a book of many things, tightly packed into its few pages. Quite literally densely packed, given the size of the actual book and the small print, but there’s a lot to get through and a lot to take on. It’s not possible to pin it down to being about one thing, but if push and shove have to reach an agreement then it appears to be a poem of opposites, imbalances and a lot of food. It covers a lot of ground.

Let’s deal with the food first. Our menu includes ‘lilac jam’, ‘Milky Ways, Lucozade / A sachet of pips and seeds…’, ‘the wine / the cheese…’, ‘Kashmiri tea’, a ‘soup of nettles’ and ‘prawn cocktail crisps’. I was left feeling hungry by the end of the 194 lines of this poem—I can’t for the life of me work out why. (NB: I was left hungry, but not disappointed by these, er, legitimate snacks…)

It’s worth keeping these crisps in mind, as they help us to explore one of the other themes of the poem, that of our impact on nature. In “III. The Bog Mirror”, we are told

The placing of ‘Uglier” at the start of the line hammers home the impact, the ‘half-life’ of human creation in a place it doesn’t belong but won’t leave without an intervention. A further example of mankind and nature at odds appears in lines 108-109 where ‘Even the snails after nights smearing / Their silver over paving stones…’. The sibilance of these lines is glorious.

And if there’s still doubt, these lines from later in the poem firmly place our protagonist in nature—but separate from it.

However, there are greater contrasts to be found within these elegantly produced pages. While the events largely unfold in the second half of the day, either in the ‘buttery dusk’ or in the afternoon, we often find ourselves between reveries and reality and crossing over between the two where it can be hard to tell the difference. For example, in “I. Soothsayers” the poet is ‘Stuck in the free-fall / Between nightmare and waking’ and in “II. Twilight Sleep” she tells us

The other most significant set of opposing ideas within these pages is concerned with the divine and rituals versus the mundane. There is much talk of God and talking to your God. People are ‘Godkind’ or ‘God-blind’ or ‘godless’ or have ‘godforsaken eyes’. They practise ‘ritualistic ablutions’ or the sorts of spells as outlined at the start of “II. Twilight Sleep”. And even on occasions, both the ritual and God get mentioned.

However, this divine presence and conversation is counterbalanced with more earthbound events. The ‘Schoolgirls ran from the paper shop’…’watching / Men watching them feed the passing pigeons’. The streets are ‘potholed’, a ‘limp washing line’ makes an appearance, as people ‘sprout ulcers’. However, this relative mundanity is always couched alongside something more threatening. The men watching the young girls, the potholed streets are the ‘potholed streets of my fate’, the ulcers ‘never heal’ from the continued biting of the inside of a cheek.

There’s always a threat lurking in these lines, and we’ve not even mentioned the way death stalks these lines, but to quote much more will lead to the whole poem being typed out and that stops you from buying a copy.

It’s said that Belladonna was taken by the women of renaissance Italy to enlarge their pupils and make their eyes look more seductive. I can’t vouch for the seductiveness of my eyes after reading this poem, but I can attest to the fact that my eyes are wide at the breadth and scope of what’s written here. I can’t guarantee I have a handle on exactly what is happening in this poem, but I am looking forward to continuing to engage with it and to keep finding new ways in, new things to unlock about it.