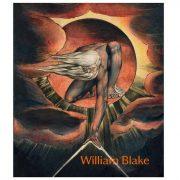 Visionary artist and poet William Blake (1757-1827) alternatively cursed and blessed engraving.  “It takes so much time and is so untractable (sic), though capable of such beauty and perfection,” he said in a statement that takes us to the heart of his wild and wilful talent.

Curators Martin Myrone and Amy Concannon made the wise decision to avoid trying to explain Blake’s symbolism in any formal way.

Instead, they lead us to our own wonder-struck appreciation of it by beginning with the kind of disciplines at which Blake balked, but were essential to developing his power as an artist.

Like the young Blake, emerging from a modest Soho household to become a student at the Royal Academy, we endure his early drawings in the classical style, then considered an essential part of an artist’s education, and share his impatience at all the unimaginative copying.

Already, however, we see him nurturing a sense of narrative and collecting the visual vocabulary he would later transform.

He also acquired skills in engraving, which were both a channel for his intricate imagination and highly marketable.

Still Blake required patronage, leading to fraught relationships as the headstrong artist clashed with his benefactors.

The contrast is extreme between the works in which Blake was fully engaged and commissions he tackled with a sometimes-disastrous lack of enthusiasm.

In 1795, Blake was commissioned to illustrate Night Thoughts for a major new edition of the book.  Blake began by making a series of more than 530 watercolour illustrations for which he planned to engrave about 200 for publication.  A first volume, with 43 engravings, was published in 1797, but it was a commercial failure and the project was abandoned.

Blake, who had asked for 100 pounds, received 21 and another partnership ended in bitterness.

Later critics have been kinder than Blake’s contemporary audience, but the illustrations for Night Thoughts, now thought to have been coloured by Blake’s devoted wife Catherine, are insipid by comparison with the really great work to which the exhibition builds up.

Songs of Innocence and Experience include “Infant Joy”, which is truly a joy as Blake brings the precision of the engraver to make us peer through curling petals that contain a perfect miniature family.

As so often in his work, confirming the wisdom of not attempting any simple interpretation, it’s hard to decide whether Blake is detached and ironic, genuinely in awe or both.

Blake again brilliantly combines words and imagery in “America: a prophecy”.  In Blake’s revolutionary times, America stood for freedom from old Europe and then, as now, Britain was caught in the middle as its divided population tugged it towards and away from Europe.

Blake’s manuscripts require us to scrutinise his pages and strain to break into his world of swirling dragons, gorgeous fish and pan-like creatures.  They are the fabulous offspring of his early classical artistic education and in turn the inspiration for today’s graphic novelists.

In contrast to the detailed and small-scale, we are also treated to twelve large colour prints, the most famous of which is a muscular Newton.

The assuredness of the composition is breath-taking and again leaves room for ambivalence.  Blake’s Newton is god-like, but he is also turning his back on the beauty of the natural world as he focuses on the narrow mathematical reach of his compasses.

With the image etched on our minds, we move on to Chaucer’s Canterbury Pilgrims, a theme ripe to engage Blake in its literary greatness.  Blake’s execution is all the more compelling because it is placed side by side with the efforts of Thomas Stothard.  Until this point, the two had been friends, but Blake accused Stothard of copying his concept of presenting the pilgrims in long row.

Effectively ending their friendship, Blake said Stothard’s Canterbury pilgrims were “misconceived” and “a burlesque of scarecrows” and it’s impossible not to prefer the triumphant detail of Blake: his almost limitless imaginative power infuses each pilgrim with character and life against a backdrop of cottages with chimney fires and what might even be dark satanic mills as well as church steeples.

The tumult of falling out with Stothard was insignificant compared with Blake’s clash with the wider public over his 1809 exhibition, a commercial disaster that underlined the chasm between his ambition and early 19th-century taste.

The Tate exhibition reminds us of how far Blake’s esteem has progressed by recreating the modest scale of the room above his brother’s haberdashery shop where the 1809 display was held – confines far too restrictive for Blake.

He aspired to create huge mural versions of two of his paintings: one depicting Prime Minister William Pitt and the other Lord Nelson and a projection shows his paintings on a gigantic, blurry scale, less satisfying than the exquisite, intimate detail of Blake’s manuscripts.

Following the 1809 fiasco, Blake retreated from public life before resurfacing for a final transcendent decade.

A personal favourite is “A Ghost of a Flea” painted in a tempera mixture with gold on tropical hardwood.

So much more than an irritant, this flea is magnificently muscular, malign and his blood-thirsty tongue darts from his mouth.  Inspired by a séance-induced vision, A Ghost of a Flea is shown alongside a rarely seen – and ghost-like – preliminary sketch.

The last decade also delivered Blake’s last and most ambitious illuminated book Jerusalem and his perfectly accomplished “The Ancient of Days”, an illustration for an edition of Europe: a prophecy – Blake’s sequel to America: a prophecy.

Blake’s deity, like Newton, is wielding compasses that constrain the earth below, while behind him is a firmament whose energy and power is conveyed by dazzling rays and the sweep of the Ancient of Days’ flowing hair.  Blake worked on this most arresting version of his image just before his death and declared it – with justification – “the best I have ever finished”.