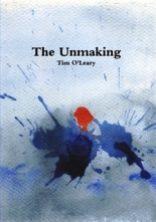 This is a book characterised by spare, refined poems, rarely exceeding a single side. The writer is clearly sophisticated and serious in his engagement with his art and life. Yet at first I found it difficult to engage with the poems because I could not work out what they are saying. But the more I thought about them, the more I thought I found. To start with the first poem, ‘North Meadow’:

It seems the “I” is a personification of the meadow itself. This ‘I’ addresses ‘you’, the reader, and says, “we have no polity.” This is, we have no relationship based on ownership, law or power. Whatever relationship ‘we’ have, it is disinterested, distanced. The reference to lords and vassals, and to medieval systems of agriculture, asks us to view the situation, some sort of ‘I-thou’ relationship, as existing within a long historical context. The reference to reflections asks the reader to reflect – and, at last, to find some sort of quietude, despite the antagonisms and conflicts that characterise history. To put it simply, to look at the meadow should put us in mind of how long it’s been there and what it’s lived through, and this should give us a consoling sense of peace.

However, the poem isn’t put simply. The language is gently archaic and undemotic –‘alms’, ‘unheeded, ‘unbeasted’(i.e., there aren’t any cows there), ‘feud’( meaning fief, not mutual hostility). Quite what ‘the alms of laughter’ is doing here or why the flooding ‘murmurs’ and how such murmuring might relate to ‘know(ing) no place’, is puzzling. Most confusing is the ending. As a sentence with no main verb, whether it says anything or not is open to question. A ‘feud’, as something owned or owing, finds ‘fealty’ or loyalty, but quite how it ‘finds’ it is not clear. Despite the alliteration, ‘finding’ does not seem like the right word (maybe ‘exacts’ is better). I think the poet means that, mulling over this place and its history, we develop a deep sense of belonging, of owning and being owned by it. But then, I might be creating a meaning which isn’t there. In general, it is our nature to search for meaning – and create it even when it isn’t there. Otherwise, how would you explain religion?

There is an artistic self-consciouness in phrasings like “Sky reflects flood reflects sky”, which tends to characterise these poems. For example, ‘Clouds at Snape’ begins “They are what they are till they aren’t.” This quiet, deliberate paradox engages the reader with the poet’s mind. Where is the argument going? We enter the literary world of Hamlet’s whales and weasels. O’Leary’s fantasies go beyond visual appearances – “a fact of life becoming a dream… a cringe in a hero… love’s smithereens… in Goya’s hand, disasters of war…” Indeed, the main body of the poem is an extended list, concluding “till they are or they aren’t / some craquelure in the self-same heavens.” We have been taken through a series of images with emotive potential – but to what effect? The poem signs itself off satisfyingly neatly with a reprise of its opening and the image of craquelure (the crazing of the surface in old oil paintings). But where has it taken us? I suppose you could argue that the final phrase “self-same heavens” returns us to mere reality while leaving a lingering ambiguity in relation to the connotations of “heavens”. Perhaps the point is that we try to invest Nature with meanings while it simply rebuts the attempt.

‘The Medlar’ (taking its name from the fruit that is only edible when over-ripe) is subtitled “After sonnet LXXIII” but is substantively an original sonnet in its own right about ageing and the approach of death. As it proceeds, the poem, sometimes line for line, references Shakespeare: “bare ruined choirs” (possibly referring to the dissolution of the monasteries) is picked up in “the temple-razers’ lust”; “sunset” becomes “every setting sun”; “ashes” reappears as “fertile ash”. The poem is, in part, a scholarly game. This conclusion is reinforced by the inclusion of ‘inkhorn’ terms like “crepuscular” and “blet”, and neologisms like “fusc” and “excarnated”. If you enjoy such literary games, as I do, you might find lines like

a pleasure to read, if somewhat precious.

The final poem, ‘Eve of Epiphany’, is perhaps the most pared down poem in the book, making it one of the most ambiguous. It suggests some religious significance not only in the title but also potentially in the words “it is done” and “your will”. Whether the hill is Calvary or some ordinary hill is equally uncertain. The poem is written in the imperative mood and it is uncertain as to whether the ‘you’ who is addressed is the self or the reader or Christ. But what is clear is that the key structural element in the poem is the contrast or conflict between the effort of will of climbing on the one hand and falling and flying free according to nature on the other:

It is about dying, the ‘big adventure’. But whether it is Christ’s dying or one’s own remains ambiguous. Could that be the point? It seems unfortunate that the expression ‘take the wind out of…’ suggests a punch in the solar plexus. If meant, I think it ill-judged.

These are poems that need teasing out – they engage the mind if not always the emotions. As you can see, I have found reading this book a mixed pleasure. Maybe you can tease them out better than I can! At least, they are not confessional! They are deliberate works of art.

Nicholas Bielby is formerly Editor of Pennine Platform. His new book, The Possibility of Innocence, has just been published by Graft Poetry (http://www.graftpoetry.co.uk/)