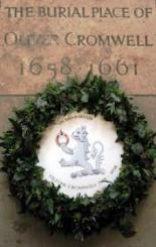 “Upon that memorable Scene”

On Thursday 23rd November, 1658, the route from Somerset House to Westminster Abbey was lined by soldiers, as along it passed the funeral cortège of Oliver Cromwell, Lord Protector of the Commonwealth.  Among the thousands of mourners following the coffin was his sometime Latin Secretary, John Milton. Milton had sacrificed his eyesight in the service of the Republican cause and now being totally blind, he needed assistance.  And that assistance was provided by two friends, one on either side, holding his hands. One was John Dryden and the other was Andrew Marvell.  It is an image almost shocking in its poignancy: three of the finest poets of the seventeenth century and yet so very different in their natures. methods and achievement.  Milton the master of blank verse and author of England’s most sublime epic, Paradise Lost.  John Dryden, who had honed the heroic couplet to perfection in his great satires such as Absalom and Achitophel. And the urbane Member of Parliament for Hull, Andrew Marvell, the metaphysical poet who gave us not only the cheeky To His Coy Mistress but also the Horatian calm of The Garden.

What would one not have given to witness such a scene?  It could not happen again.  Carol Ann Duffy holding hands with Andrew Motion and Simon Armitage walking behind the funeral cortège of Nigel Farage…

No, it hasn’t quite the same appeal, has it?

Footnote:  It was a wax image of Cromwell inside the coffin, not his actual body.   That had burst open shortly after he died.  It was so putrid and the stench was such that they had had to dispose of it as quickly as possible. 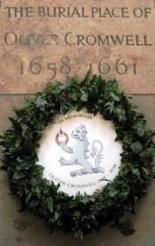