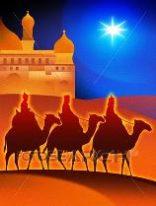 Biographical notes on contributors can be found here

Please send submissions (up to three poems plus a brief bio) to poetry@londongrip.co.uk
Poems should be either in one Word attachment or included in the message body

Our preferred submission windows are: December-January, March-April,
June-July and September-October

Many years ago I saw a cartoon in which a Sunday School teacher is explaining the Christmas story.
I know it’s incredible, she tells them, but in those days there really were three wise men. Previous
generations may have had legitimate doubts about the sagacity and competence of their leaders;
but is it unfair to think that this Christmas finds the English-speaking world unusually afflicted by
displays of ignorance, inconsistency and indiscretion from its political class? 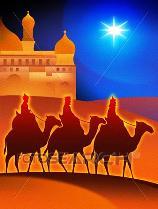 Let’s just agree that we were men,
inconstant in our numbers.  Some
of us were more persistent
as the paths got steeper.
Was that wisdom?
Those who sighed or cursed
and went back home would not have said so.

The star?  The moving one?
Myself, I didn’t see it.
But most of us met those who had
and caught their certainty
that out beyond the setting sun,
where old days always fold away,
another kind of light was waiting.

The stable?  Cave?  The cattle trough?
All I’m sure we saw was this:
a child honoured by the parents;
a man who could believe his wife was raised
above the common place of women.
Traditions need such twists.  That’s how we found
three could intertwine as one.   And no,
our chosen gifts were not too lavish.

Choose an instant. Eleven a.m.
on a slow train through the suburbs, say.
You’re still panting from running to catch it.
You’re happy you won’t be late
for meeting Beatrice on her way back
from Brazil. Your seat is hard.
Opposite you a girl munches a sausage roll
catching her crumbs in a white paper bag
crunched under her chin. Her dark hair
falls about her solemn face. Beyond the window
snakes a street. An old woman
stares in a charity shop window.
A child scoots. A dpd delivery driver
slams a door. A police car
blue flashing light, emergency.

Another instant. It’s late.
You are walking home. Beatrice
is beside you. Your finger feels hot
in the gold circle of the ring she has given you.
The gold was mined in Quebec
it was her grandfather’s ring.
You fumble your key in your jacket pocket.
Under the streetlight the pink cherry blossom
has turned grey. You pause, look up
say, when I was a child living in the city
I thought the stars a myth, like angels.
She says: somewhere out there
far beyond the light pollution
lies the Andromeda Galaxy. I’ve read
it’s so far off that our now, our this instant
expands there relative to us
to last two million years. You say:
our ordinary now on Earth
is as complicated as I can take.
Monday tomorrow: I’ll put the bins out.

Helen Burke has written poetry for 45 years, widley published all her three main collections with Valley Press and with www.krazyphils.co.uk. She writes children’s books, is a visual artist and hosts a poetry and music radio show for East Leeds fm radio

Hatty Calbus has had poems in “the usual poetry magazines” and also in The Morning Star and The Tablet.  She lives in West London and also does some writing for the Church press.

Thomas Calder is a young creative from Australia, with a career in songwriting under the moniker “Daggy Man” and a background in film-making.

Malcolm Carson was born in Cleethorpes, Lincolnshire. He moved to Belfast withhis family before returning to Lincolnshire, becoming an auctioneer and then a farm labourer. He studied English at Nottingham University, and then taught in colleges and universities. He now lives in Carlisle, Cumbria. He has had three full collections published by Shoestring Press: Breccia (2006), Rangi Changi and other poems (2011), and Route Choice (2016), as well as a pamphlet, Cleethorpes Comes to Paris (2014). A fourth collection is due out in 2019

Claire Crowther has published four pamphlets and three poetry collections with Shearsman. The first, Stretch of Closures, was shortlisted for the Aldeburgh Prize. Her latest collection is On Narrowness. She is co-editor of Long Poem Magazine

Peter Daltrey was born in Bow, but now live in Wiltshire. He has been writing all his life. He is a musician and songwriter.  He won fourth prize in the Eileen Berry Poetry Awards at the Winchester Poetry Festival and first prize in an over-eighteen section of a national poetry competition run by Oxfam with over eight hundred entries. He has had several poems and prose pieces published in the little magazines.

Brian Docherty lives in East sussex as part of a growing community of writers,  artists and musicians. He has published six books, most recently In My Dreams, Again    (Penniless Press, 2017) and Only in St. Leonards:A Year on the Marina (Special Sorts Press, 2017).

Angela France’s publications include ‘Occupation’ (2009), ‘Lessons in Mallemaroking’ (2011) and ‘Hide’ (2013). Her latest collection, The Hill came out in July 2017 with Nine Arches Press. Angela teaches creative writing at the University of Gloucestershire and in various community settings. She runs a reading series in Cheltenham, ‘Buzzwords’.

Mary Franklin has had poetry published in numerous print and online magazines and anthologies including Ink Sweat and Tears, Iota, London Grip, Message in a Bottle, The Open Mouse and Three Drops from a Cauldron.  Born in Canada, her adult life has been divided between London, Birmingham, Calgary and Vancouver, where she currently lives.

Maggie Freeman’s poems have been published in Stand and Acumen. Her historical novel Daughter of the Sea  is due to be republished by Sapere Books this November. She lives in East London.

Ricky Garni grew up in Florida and Maine, was educated at Exeter and Duke, and has lived off and on in the Triangle since 1977. Over the years he has worked as a teacher, wine merchant, studio musician, composer and graphic designer. He began writing poetry in 1978, and has produced over forty volumes of prose and poetry since 1995. He has been nominated for the Pushcart Prize on seven occasions.

Nicholas Lyon Gresson QSM was born in 1939 in Christchurch, New Zealand, into one of New Zealand’s foremost legal families. He has produced four books of poetry, A Life In Poetry 2011, Walking With Time 2013, A Gathering 2015, The Writing Point 2018, all published by Australian Scholarly Publishing, Melbourne. As well, he has recently completed a large auto-ethnographic saga, On Family Ground traversing the lives of five generations of the Gresson family in Ireland and New Zealand—and notably the four Supreme Court Judges in his family. His QSM awarded in 1999 by Queen Elizabeth II was for his work with the police against illegal drugs and his community work in mental health.

Ceinwen E Cariad Haydon lives in Newcastle upon Tyne, UK, and writes short stories and poetry. She has been widely published in web magazines and in print anthologies. She graduated with an MA in Creative Writing from Newcastle University in 2017. She believes everyone’s voices counts

John-Christopher Johnson’s poems have appeared in Agenda, The North, Orbis, Other Poetry, The Interpreter’s House, Iota, and shortly in ‘ The Journal’ and many other poetry magazines over the years. He is also writing a novel at the moment which he is about a third way through.

Tess Jolly has been widely published in UK magazines and commended or placed in several competitions, including the Mslexia Women’s Poetry Competition and the Stanza Poetry Competition. She has won the Hamish Canham Prize and the Anne Born Prize, both run by the Poetry Society, and has published two pamphlets: Touchpapers with Eyewear and Thus the Blue Hour Comes with Indigo Dreams.

Utsav Kaushik’s voice is deep set in the grey shades of North India. His poetry boldly speaks for those voices that have been silenced,. His poems have been published in London Grip, The Paragon Journal, The Anapest, Indian Review, Hawaii Review, Ashvamegh, The Literary Flight, Ink Sweat & Tears, Indian Ruminations, Linden Avenue Literary, etc.

Angela Kirby was born in rural Lancashire, has also lived in France and spend time in Spain and the USA.  She now lives in London.  Her widely published poems have been translated into Romanian and won several prizes and commendations including BBC Wildlife Poet of the Year twice. Her 5th collection comes out in 2019

Frances Lombardi-Grahl is a member of the Red Wheelbarrow Poets in Rutherford, New Jersey.  She has published in several Red Wheelbarrow anthologies, as well as in the publications Lips, The Paterson Review, and Italian Americana.

Abegail Morley’s most recent collection is The Skin Diary (Nine Arches). Her debut was shortlisted for the Forward Prize. She was “One of the Five British Poets to Watch in 2017” (Huffington Post), edits The Poetry Shed and is co-editor of Against the Grain Poetry Press.

Robert Nisbet is a Welsh poet whose work has been published in roughly equal measures in Britain and the USA, in the latter case quite regularly in San Pedro River Review, Red River Review and Panoply, which made him one of its Featured Poets in their Fall 2017 issue.

Keith Nunes lives in tiny Pahiatua, New Zealand. He won the 2017 Flash Frontier Short Fiction Writing Award and has been published around the globe. His Foto-Poetry has appeared in many literary journals and his book of poetry/short fiction, “catching a ride on a paradox”, is out there.

Thomas Ovans is Irish and came to London in the mid 1990s.  He has been a serious reader of poetry for many years and is now a regular reviewer for London Grip. He sometimes publishes poems of his own.

Stuart Pickford is the recipient of an Eric Gregory award. His first collection, The Basics, was published by Redbeck Press (2002) and shortlisted for the Forward Best First Collection prize. His second collection, Swimming with Jellyfish (2016), was published by smith/doorstop. Stuart lives in Harrogate and teaches in a local comprehensive school.

Bethany W Pope was named by the Huffington Post as ‘one of the five Expat poets to watch in 2016’. Nicholas Lezard, writing for The Guardian, described her latest collection as ‘poetry as salvation’…..’This harrowing collection drawn from a youth spent in an orphanage delights in language as a place of private escape.’ Bethany has won many literary awards and published several collections of poetry. Her first novel, Masque, was published by Seren in 2016.

Edmund Prestwich has published two collections, Through the Window with Rockingham Press and Their Mountain Mother with Hearing Eye. He grew up in South Africa, but finished his education in England and has spent his working life teaching English at the Manchester Grammar School.

Arthur Russell lives in Nutley, New Jersey.  His poems have appeared or are forthcoming in Copper Nickel, Wilderness House Literary Review, American Journal of Poetry, Yellow Chair Review, Red Wheelbarrow #9, #10 and #11 and many other publications.

Carla Scarano D’Antonio obtained her MA in Creative Writing at Lancaster University. She self-published a poetry pamphlet, A Winding Road, and is working on a PhD on Margaret Atwood at the university of Reading. She and Keith Lander won the first prize of the Dryden Translation Competition 2016 with translations of Eugenio Montale’s poems. http://www.carlascaranod.co.uk/

Charles D. Tarlton is a retired university professor who has been writing poetry since 2006.  A collection of his ekphrastic prosimetra, Touching Fire, will appear from Kyso Flash Books in 2019.

Noel Williams is the author of Out of Breath (Cinnamon, 2014) and Point Me at the Stars (Indigo Dreams, 2017). He’s published quite widely. He’s co-editor of Antiphon (antiphon.org.uk), Associate Editor for Orbis (www.orbisjournal.com), reviewer for The North and Envoi and an occasional writing mentor.  Blog: https://noelwilliams.wordpress.com

Rodney Wood published his first pamphlet, Dante Called You Beatrice (Red Ceiling Press), last year. He has been widely published in magazines and anthologies. He jointly runs an open mic at The Lightbox in Woking.