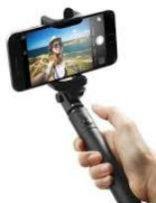 My Pen – My Selfie Stick 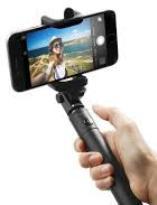 In a recent Sunday Times review Andrew McMillan is quoted as saying, “It’s important to bear witness, honestly and directly, to the lives we are living.” Now, setting aside my wish not to be included in any such we, I find his assertion to be both portentous and wrong. It is the kind of thinking behind the present plethora of selfies and domestic trivia claiming to be poems.

The review is headed “A Poet’s Fearless Confessions”. I do not know what there can be to fear, but Confessions is a word which takes us back a bit – in fact back to 1959 when Robert Lowell astonished the poetry world with his book Life Studies, featuring such lines as:

And what soon followed was the Confessional School of Poetry, Plath, Sexton and their legions of followers of whom Elizabeth Bishop (a far better poet then any of them) once said, “you just wish they’d keep some of these things to themselves”

One of the factors which did make Lowell’s book ‘important’ was his family name. Though not a Mayflower name, the Lowells had settled in Boston as early as 1629 and are celebrated in that famous piece of doggerel:

Lowell is therefore a name with a history and the mishaps and mess-ups in this family were a parallel to what was happening in America as a whole at that time.

It might be more important for people to write about things they don’t know about – to make things up, to use their imagination. Coleridge was at pains to distinguish between imagination and fancy. Fancy is a word today more readily associated with little iced cakes, and things which are fanciful are seen as being plain silly. We may have lost something.

If we call to mind the poets who made things up, we have: Chaucer, Spenser, Milton, Pope, Crabbe, Coleridge, Byron, and Browning. Not a bad list. The list is far shorter of major poets who wrote about themselves: Shakespeare, Donne, Wordsworth, Tennyson, and Emily Dickinson. But what these have in common is their outstanding technical ability. As Pope put it, “What oft was thought, but ne’er so well express’d.”

To quote from Donne or Shakespeare to substantiate what I say would be altogether too easy, so let’s look at more recent times and a poem by the Irish writer Richard Murphy who died in March of this year.

There can be few readers who get to the end of this deceptively simple, but tightly-woven poem and do not hear themselves saying, “Mm, yes.” But ability – and subtlety – of this kind is something the majority of the selfie school lack and seem not even to be interested in.. I am reminded of the words of the great American critic Helen Vendler, “To publish a collection of things in short lines does not mean that you have published a book of poems, only that you have published a collection of things in short lines.”

To draw to a close, what about ideas? Whatever happened to them? And as for intellect… If a young Auden or a Geoffrey Hill were to appear today, how many publishers would, I wonder, give them a second glance? Elitist.

Once when a callow young journalist, interviewing Geoffrey Hill on the radio, suggested, “But your poems aren’t very accessible, are they, Mr Hill?” His reply, I remember, after an ominous pause, began, “Now I can quite understand that a public lavatory needs to be accessible…”