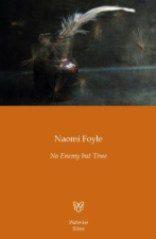 The major part of this pamphlet consists of poems in memory of Belfast writer and cultural activist Mairtin Crawford. Crawford’s name may not be familiar to all London Grip readers; but Naomi Foyle is doubly qualified to write about him. In the first place she has edited his Selected Poems (Lagan Press 2015); and furthermore – as the poems make clear – she was also a personal friend. But can poems convey a real sense of a person whom readers have never met?

The first two poems provide some quick outlines, rather like preliminary sketches for a major painting. But, paradoxically, Crawford begins really to come to life in the poems which deal with his death. ‘Ghost Writer (1)’ imagines Crawford’s reactions to his own funeral

Some in the congregation dare to speculate (in a variation on words by war poet Charles Sorley) that “you wouldn’t have minded being dead” and that “you’d been plotting for years to/ slide off mid-act”. Crawford’s death was due to a brain haemorrhage and Foyle uses the darkly humorous remark “Trust you to die / of something I can’t spell” to be doubly revealing about both herself and her subject.

The poem ’Bloody Minded’ – an intentionally daring title, given the manner of Crawford’s death – begins to flesh out a picture of a rebellious, visionary risk-taker

Other vivid glimpses occur in ‘Authorisation’ when, in Manhattan, “you shot at random strangers / with a yellow water pistol” and in ‘Conflicting Reports’ where, in order to account for a black eye,

Behind all this of course lie serious issues of sectarian conflict in Northern Ireland; and as well as describing the reactions of Crawford, the “die-hard Irish romantic”, Foyle reveals how she herself has been touched by the Troubles. She recalls a day when “Bloody Sunday was being exhumed” and when she herself was experiencing personal loss:

That throw-away prison reference is masterly. Elsewhere, as if to complement Crawford’s bluntly dismissive “The RUC. Those ‘Orange bastards’”, Foyle offers her own onomatopoeic recollection of a July 12th when “Belfast Orangemen were banging on / about the Battle of the Boyne.”

Exuberance usually triumphs over solemnity however. A wonderful piece of comedy dialogue sees Foyle and Crawford engaged in a crazy verbal bidding war:

Throughout the sequence, right up to the last poem ‘Leaving Belfast’ with its tearful note of parting and sorrow, Foyle’s tribute and commemoration is worthy of the trust that she says was placed in her by Mairtin Crawford’s family and friends.

No Enemy but Time is rounded out by four Aislingi which are dream- or vision-poems. The first of these (which gives the book its title) imagines the Gore-Booth sisters, Eva and Constance, taking issue with W B Yeats about the truth of his couplet “The innocent and the beautiful / Have no enemy but time”. ‘The Progress of Process’ addresses the working-out of the Good Friday agreement ; and in challenging lines like “Peace was a cold lumpy gravy train” and “Peace was a decommissioned knuckleduster” Foyle skilfully employs the same sort of vivid language and concrete imagery that enlivened the first part of the book. The section also includes a short piece triggered by another Yeats quotation and Foyle’s encounter with a young man in a seaside car park and, finally, a longer meditative poem (about the effect of Loyalist-Republican tensions in the ordinary lives of ordinary people) which is dedicated to the memory of Flo Crawford, Mairtin’s mother and hence completes the book’s narrative arc very fittingly.

No Enemy but Time is a small but densely packed and very enjoyable collection, offering powerful emotional insights. Remembering how Foyle and Crawford joked about reviewing, I am bound to say that writing about this book has been much more of a pleasure than a duty.