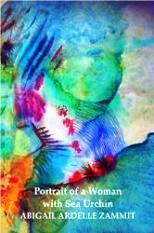 Abigail Ardelle Zammit’s poetry wears its provenances prominently, thematising them and moulding them to inform stance and voice. The effects are both subtle and pointed. A native of Malta, a country where English is constitutionally an official language and in practice a second language to varying degrees of proficiency among its population of less than half a million people, Zammit works in the context of a literature that is intriguingly particularised by having, as its medium, Maltese. Maltese is a language that is Siculo-Arab in origin and in much of its core vocabulary and grammar, but is adaptively overlaid with lexical influences from Romance languages and English; consequently, the moment it becomes the vehicle for poetry it brings difference and otherness to European patternings of what literature might be. For readers to whom the distinctiveness of Maltese poetry cannot but remain unsampled (dissemination through translation is never straightforward for any body of verse) there arises the paradox that the country’s poetry is more availably present in the lines of writers working in English, among whom Zammit can lay claim (together with Daniel Massa, whose work represents a prior generation of English-language Maltese poetry) to being the most accomplished. The linguistic circumstancing of Maltese literature and the anomalousness of its situatedness – in complex actuality and rich potentiality – carry an edge that could well force some level of rethinking upon familiar outlooks within postcolonialist critical theory and the rhetoric around ‘World Literature’. That, however, is material for a different context. The more immediate issues in this review are, firstly, why Zammit’s verse might be noteworthy and, secondly, how her work is readable as a fiercely resolved exercise in accepted and resisted (dis)affiliations.

Zammit’s Portrait of a Woman with Sea Urchin is her second collection of poetry after Voices in the Land of Trees (Smokestack, 2008). She was a winner in 2013 of the Alan Sillitoe Poetry Competition and has had poems shortlisted for various other competitions. She made the long list of the Montreal International Poetry Competition in 2015 and her work has appeared in journals like Iota, Mslexia and The Shop. Does Zammit’s work bring what might be thought of as a Maltese timbre to English poetry? Surely the answer to that, if the poetry does wear its provenances prominently, would be – yes. The answer, however, must be – no. And the judgement upon this paradox would be that it arises from a wisely calculated and competently executed move of poetic self-fashioning. There is a well-honed quality to Zammit’s verse: disciplined, also, by her training in the University of Lancaster’s creative writing programme, from which she recently graduated with a doctorate (her thesis explored, among other concerns, the play of cultural memory in gendered places and bodily consciousness). This is not to suggest, at all, that her work is schooled. The point, rather, is that there is in fact a freshness to Zammit’s writing, as the paragraphs that follow demonstrate – and that this occurs in spite of the fact that her verse does not yield to any temptation to stake out a quite singular niche. She does not seek the marketable effect of an English poetic voice inflected with Maltese-informed mannerism in prosody or diction. The Maltese accenting instead emerges from the evocation of place and the poetic retelling of history. But again the intent is neither to offer verse vignettes nor to frame some putative Malteseness. Here, for instance, is how a metaphor that turns on that notable feature in the Maltese landscape, the limestone rubble wall, is worked:

This figure’s function is not scene painting, at least not primarily. Rather, it operates in the context of a broader poetic re-imagining, in this collection’s third section (‘Rushing up to the Roof during an Air Raid’), of the blitzing of the island by the Luftwaffe in the Second World War. It offers an image of self-hewn integrality that is nevertheless aware that change can be all too fluid, subject to a contingency and history ready to shiver limestone, others and self:

What the poems in this section chronicle is the experience of the blitz through the fixing of oral history in verse: ‘A rush beneath staircases or inside St Paul’s / where the altar boys spot a wobbling chalice, / stained lace, a woman’s eyes caught mid-scream’ – or the observing of ‘A young man’s footprints laced with blood, / poured out like water.’ There is commemoration, too, in the poignant lest-we-forget reporting of the fate of individuals all too easily overlooked:

The overlooking in this third section is reversed away from standard heroic narratives of Mediterranean convoys succouring the island – nowhere more evidently than in the recasting of the story of the S.S. Ohio, a tanker whose precarious yet critical entry into Malta’s harbours on 15 August 1942 (the feast of the Assumption) under a barrage of Axis bombardment is here rendered with a bleakly revisioning humour:

It is here that the complex effects of (dis)affiliation in Zammit start to become more discernible. She poetically reworks some of the most over-referenced aspects of Maltese history and culture, searing the conventions of mythographic labour with an individual, perhaps even individualist, irredentism in verse. The most controversial of these poetic re-inscriptions are to be found in ‘Internee Blues’ and ‘Traitor’. They are offered in nuanced memory of pockets of Maltese Italophilic sentiment during the blitz, the thrust of which is probably apprehensible in all its variegations only to a Maltese readership. But take, in clearer exemplification of the play of (dis)affiliation across Portrait of a Woman with Sea Urchin, the second section in the collection, ‘You May Touch if You Like’. It features poems hinging on another stock figure in Maltese cultural memory: the stone-sculpted fertility goddess who has tended to be constructible as a presiding presence over the splendour of ancient Neolithic culture in the Maltese islands. With adroit abandon, Zammit’s poetry revoices ‘The Maltese Venus’:

What emerges in this section is the resolved tension between technical control and swelling passion. Tightness of form imparts the sense of keenly sought effect, almost as if the author, when re-sculpting the Maltese Venus in language, was chisel-chary. Not the most imperceptible chip, not the least slip, not the least ragged line must be allowed to mar the impression of a fine-hewn gem, or figure. Formal poise does not, however, restrain fierce purpose. And indeed, in the final poem in this part of the book, ‘No More Stolen Sisters’, the voice of the Maltese Venus carries past centuries and divisions:

There is a sense in which it is this contrast between severity and propriety of line on the one hand and, on the other, the fire and fury in the voice that comes to shape Zammit’s stance as a poet. The closing lines to most of the poems are conditioned by this, in that trochaic effect of the unstressed following upon what was just previously emphatic. Typically, wistful reflection comes in with quiet pregnancy at the end. These endings tend to play off against each other the contrary effect of stress and sigh. The dramatic charges upon the climactic, precisely as the latter is withheld. In ‘Sand Burial’, one of the finest poems in the collection, the effect in its context of the final half line, ‘Discovering there’s no secret bay’, works because everything before it had been about potentiality and possibility. It comes up against the contrast between images of being carried away and being buried under, between the settlements of lovemaking – ‘Once you sink over me, there’s a cool flattening of flesh / like dough upon a table, the weight of you comfortable, / but precarious’ – and the disappointment of release from what was never life-threatening anyway, figured as ‘That unbearable lightness of being drawn out.’

It would be a distortion to say that these poems work across a dialectic of frigidity of form and fervidity of thought. True: the title-poem in the collection encourages discernment of this easy dualism. It presents a portrait of a woman ‘in the cornice’ seen ‘rais[ing] her eyes only for the ocean / severed by lightning (against which / she must measure closure, containment), …’. The temptation to view this as the symptom of a body of work which understands that even the elemental cannot evade measure is strong. But it may be more apt to see it as emblematic of a poetry that moves on the basis of what might be thought of as skin-felt thought. A feminist reading might wish to position this in terms of anti-Cartesian conceptions of embodied thinking, countering, in T. S. Eliot’s well-worn phrase, any dissociation of sensibility. Especially since there are lines across these pages that, as in ‘Egret’, can figure ‘word made into a mound of earth / where the body fits into a breath, a syllable / rising into the sky as soon as it is uttered’, enabling ‘the weight of a feather / borne to the height of metaphor’.

Is there anything in this collection to wish different? Possibly (and despite the consistency of form and tone) the thematic miscellaneity of the first (and untitled) section does not sit in easy integration with the second and third sections. This, however, is a quibble. More interesting by far is that it might be predicted that Zammit will want her forthcoming poetry to turn an eye and ear to disarray and discordance. If she could marry, unhappily but to felicitous effect, formal disarrangement (which, doubtless, she’d craft finely) to her fierce honesty (which, clearly, she has no need of crafting), then her poetry will truly be something to behold. It would serve supremely well what in the end I take to be her driving project: namely, the exploration, in verse, of an ethics of empathy. Already in her very most recent work, which involves prose poetry, this next challenge is well on the way to being met. In the meantime, Portrait of a Woman with Sea Urchin stands as an accomplished and intensely felt collection in its own right, bearing the voice of a woman – and a literature – deserving of readers.

.
Ivan Callus is Professor in the Department of English, Faculty of Arts at the University of Malta. He is also co-editor of CounterText: A Journal for the Study of the Post-Literary.