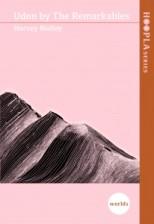 I grew up beneath this mountain range The Remarkables, which is why his book called out to me. These words in the penultimate verse in the title poem and the last sentence of the final verse, told me clearly Molloy had been there, had been captured by The Remarkables and now gives them to the reader.

‘Abandoned car’ took me to another place a place I thought I had forgotten.

And here is the opening to ‘The N word in Stevens ‘

The first verse attention grabber followed by the second verse and the scene is set. When I read Molloy’s Notes and Acknowledgements, the picture the poem had given was brought into a starker reality.

He places memories into landscapes in ‘Crossing the Hutt River’, ‘Closer’, ‘A migraine in Valhalla’ and he celebrates landscapes too, as in ‘Tekapo dark sky’

Then he writes in the final verse;

The three poems, ‘Our song’, ‘The wanderer’, ‘A charm against fever dreams’, and the first parts of the poems ‘Moth eats word ‘and ‘Book’, he says he translated in his own fashion from the Anglo-Saxon and I won’t be the only reader that is glad he did so. He brings them in his own voice to us.

This book was published as one of three in the HOOPLA series. Each book was given a theme. Withstanding by Helen Jacobs was given ‘Age’ and Where the fish grow by Ish Doney was given ‘Leaving’. And Harvey Molloy’s Udon by the Remarkables was given ‘Worlds’ which is very apt: he gives us his world, opens us to our worlds and invites us to visit other worlds.

Teoti Jardine is of Maori, Irish and Scottish decent. His tribal affiliations are: Waitaha, Kati Mamoe, Kai Tahu. He attended the Hagley Writers School in 2011. His poetry has been published in the Christchurch Press, London Grip, Te Karaka, Ora Nui, Catalyst, and JAAM. He has short stories published in Flash Frontier, and Te Karaka. He reviewed ‘Chappy’ Patricia Grace, and ‘Breaking Connections’ Albert Wendt, for Te Karaka. He and his dog Amie live in a beautiful old house in the Linwood suburb of Christchurch, New Zealand.