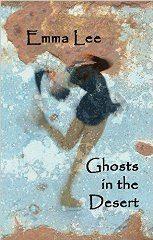 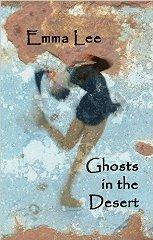 Maggie Butt and Emma Lee will be well-known to readers of London Grip since both have appeared in several issues of London Grip New Poetry; and Emma Lee is, moreover, one of our regular poetry reviewers. Nevertheless the poetry editor has instructed me not to be tempted to pull any punches when I am writing about their latest collections.

I like poems – and books – which begin with clear assertive statements; and the opening poem in Maggie Butt’s seventh collection, Degrees of Twilight, declares confidently that It’s almost always August in hotels, / and always present tense. It’s also perfectly acceptable for a poem to shift its point of view; and the injunction a couple of verses later to Peel back years like faded floral wallpaper is an extremely appropriate one for a book which is largely meditative and reminiscent. The theme of times remembered is reinforced in the second poem, a well-made pantoum which tells us (twice) that time zig-zags like a running man avoiding bullets.

The book’s title poem is about the technical definitions of certain kinds of twilight, as measured by the sun’s angle below the horizon. It reminds us of the importance of thoughtful observation – how often do we actually notice the beguiling truth that one by one the stars reveal themselves / in slow strip-tease, as if they were not always there? The term ‘Civil Twilight’ denotes the first intimation of darkness which, for Butt, conjures up memories of a long-gone time when the shrill of the park-keeper’s whistle sent children scuttling home before the gates closed (unless they chose to leave by the fox-hole in the fence). Such down-to-earth details make for the best of the retrospective poems – like ‘Travelling Backwards’, where fields seen from a train are hereandgone hereandgone, or ‘Oakfield Road’ with its black-and-white star-checkered path and velvet density of moss in clinker-built garden walls.

Butt also makes good use of detail – such as the healing powers of Comfrey or ‘Knit-bone’ – when she steps further back through her own childhood to imagine the tough realities of her grandmother’s life. But such reaching across the generations becomes most effective in the sequence about a mother’s dying. Butt compares a momentary separation from her daughter on the Moscow underground – heedless / uncaring of her smallness and my panic / as the doors close between us with the sensation of her frail mother’s hand

The poems in this group play cleverly with overlapping awareness of present illness and past/passing experiences. There is a moving analogy between prolonged birth-pangs and the labour of slow dying – both leading to an unknown world; and Butt launches a persuasive argument with Dylan Thomas which begins

This powerful sequence continues into the sometimes neglected post-bereavement stages: ‘Death Valley’ admits there is

After this metaphorical trudge through Death Valley, the poems begin to deal with some real journeys. Butt is an empathetic traveller, sensitive to people and events whose space she is temporarily sharing. At Ellis Island she notes that every immigrant is here / behind our eyes. Visiting war graves in Umbria she reflects that St Francis preached to ancestors of birds who sing / here now; and in an Etruscan cemetery she is alert to

Not all of Butt’s travel experiences are sombre however. She has some fun speculating about possible consequences of having ‘bad fingerprints’ (in the opinion of US Homeland Security); and she paints vivid portraits of Cuba – described as my childhood with the heat / turned up and a land of bright colours where oil pumps nod like patient parrots. Cuba is a place still living out a dream that winds the clockwork of my rusty revolutionary heart.

Accounts of travelling come to an end with poems dealing with the return to work – about which Butt has some strongly negative views, likening the start of the working day to an advancing lion with deliberate paws and ready teeth and comparing the job itself to a minotaur savouring my hours like the arrival of new virgins.

These dark but tongue-in-cheek images of the world of work scarcely prepare us for the long poem ‘Pain’ which is probably the most striking piece in the book. It is a four page manifesto in the voice of pain itself, itemizing all the ways in which it can overwhelm us and reminding us that you can’t share me, even love can’t feel / the molten metal of another’s agony. The sustained firework display of suffering in this poem represents multiple attempts to capture the awful simplicity of pain’s grip. Yet Butt is spot-on with the way that the memory of pain is elusive and slippery, / an absence, an amputated limb, reminder // of the ghost of me but empty as a polo mint. This powerful poem – which could leave an impression only of despair at the sufferings of being human – is cleverly placed next to the more affirmative ‘Unfinished’ in which the figure of a slave in an abandoned Michelangelo sculpture yearns to yawn his yet unfinished yawn and to flex his rigid muscles. In short, he chooses life, each drop of agony and joy.

These later poems show the real strengths of Butt’s work. When she is dealing with serious topics her poetry is consistently well controlled and crafted. With lighter subjects, however, her judgement can be less assured; and some of the seaside sketches at the end of the book do not feel quite so polished compared with the strong material that has gone before. But overall Degrees of Twilight is a fine collection of atmospheric and evocative memory-poems which are all the more enjoyable because of the strong strand of appreciation and gratitude that runs through them.

Emma Lee’s Ghosts in the Desert is her third book of poetry; and, like Butt’s, it begins with a bluntly assertive first line. I woke up and hit a brick wall introduces painful recollections (presumably by a US army conscript) of a desert military campaign to which rich people in my country / sent me to die for oil and my education. It soon becomes clear that Lee is ready to deal with more overtly shocking material than Butt because the second poem – which is both startling and tender – tells of a child born of a rape whose mother stayed numb until she’d kicked me / into believing in her. A focus on abnormal events continues with some slantwise perspectives on natural disasters such as ‘Five Ripples After a Tsunami’ and ‘Katrina Goes to New York’ with its passing reference to some New Orleans jazz greats who were musicians by heart, ear and instinct. In some of these early poems, it is quite surprising to find Lee choosing to speak through a male persona, using a laconic, staccato voice.

In the next group of poems, Lee moves from large-scale drama to small-scale but she still does not spare us any unpleasant details. A body in an abandoned car has a smell

Other poems in this second group involve arson, bomb scares and suicide attempts – all handled in spare, uncompromising language which does not, for example, shrink from making the admission to an abducted child that (behind the tabloid headlines) you were more than your murder. We also get six episodes of the back story of a body found on a beach – another instance of Lee’s liking for multiple points of view. Her fondness for spelling out alternatives is particularly effective in the rather chilling mini-drama ‘Two of these Statements are True’ and ‘In a Name’ where a woman’s character is bound up, over time, with what other people call her: Kathleen: ginger schoolgirl … /Kat: svelte, siren-haired woman … / Kath: middle-aged mother … /Leen: neighbour, grandma …

In some of the poems Lee does seem to take for granted that readers will share her points of reference. I had to resort to the internet to understand that the musician Ian Curtis is the subject of ‘It’s Manchester, It’s Raining’; and I suspect that I was supposed to recognize a (real or fictional) drama behind ‘Missing a Motive’. The fourteen-part sequence ‘Fanfare’ is evidently based on the film The Matrix; but much of it contains some rather knowing references which are lost on me! Some sections do work well however: I like the confession of the actor who does no more than give my character flesh, / figure out what he thinks between speeches in contrast to other (more dedicated?) performers who know what he dreams, / fill the script’s white spaces with them.

Fortunately this group of (to me) not-very-accessible poems is followed by some very successfully atmospheric theatrical or filmic scenes. ‘Crashes’ opens with

That unexpected verb in the third line follows on from some clever inversions in the second. Lee sometimes makes good use of rhyme or half-rhyme in these poems, as in

This sudden, unlooked for, appearance of a funeral director could be seen as advance warning for one of the book’s most moving groups of poems about bereavement and widowhood. The process of bereavement begins with my body curling / round where it knows /you would lie /if you weren’t /in too much pain /for my touch. And it continues with the awful ordinariness of realising that

A different sort of reflection occurs in a well-made mirror poem ‘A widow clears her late husband’s desk’; and in ‘Mind the Gap’, Lee visits the same bleak territory of mourning that Butt explores in ‘Death Valley’ when she says It’s not in the fuss and the pomp of the funeral / but in the long, slow adjustment to the aftermath. But one of the most telling lines comes in a poem where Lee recalls a first proper date / when your eyes didn’t stray from the woman / about to spend the rest of your life with you. That small shift from the expected pronoun is a skilful touch, characteristic of Lee’s poetry at its best.

In spite of some slight unevenness in its middle sections, Ghosts in the Desert is on the whole an engaging book. It uses carefully heightened and subtly modified everyday language to deal with human affairs in a perceptive and sympathetic way. But Lee does also have a sharp eye for things as well as people and notices that a dropped banana skin mottled black on yellow … looks like / an exoskeleton of a dead wasp. Someone who can sit on a park bench in the rain seeing each drop as a frayed thread / as if someone had hacked through it with a blunt knife clearly has an originality of poetic vision which will always make their work worth reading.

Thomas Ovans is NOT (as some google searches might suggest) a Nashville-based, Boston-raised street rocker. Instead he lives in London and has a background in technical writing and editing. He  is also a regular reviewer for London Grip.  His own poems have appeared most recently on Ink Sweat & Tears and The Stare’s Nest.