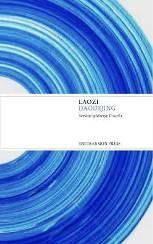 In producing a modern English version of Daodejing, Martyn Crucefix starts with the advantage that he is a poet and a good one. This is an advantage because the work tells us that words are inadequate to express what it seeks to convey. The problem of trying to use words to say what, essentially, cannot be said, is one with which poets have grappled down the centuries. In Troilus and Criseyde Chaucer tells us that when the spirit of Troilus looks down from heaven and sees the woe of those mourning his death, he laughs. Chaucer does not tell us why in an explicit way, does not need to, and probably couldn’t. The slight shock of reading of laughter in such circumstances jolts us into understanding. Hamlet’s last words are, ‘The rest is silence.’ In Four Quartets, T.S.Eliot writes directly of the difficulty,

This propensity of words to slip and slide is something that a poet can turn to advantage by using them to convey multiple meanings and ambiguities. Martyn Crucefix does so to very good effect as can be seen in the beginning of his version.

There are noticeable differences here from earlier English renderings of this passage. Apart from the dash that opens the passage, apparently in the middle of a sentence, there is no punctuation. This is deliberate and allows the reader’s mind to move between meanings and escape limiting conceptions of what is being said. The unusual opening works in at least two ways. In using the relative pronoun, ‘that’, our minds are led to ask what the path is being related to. The dash suggests that something has been omitted. The words that follow convey that, if we could relate it to anything, it would not be the path that the work is about. We instantly get a sense of why certain questions about Dao are futile and of the kind of thinking that will not serve us here. The other way in which the opening works concerns a distinction between ‘that’ and ‘this’ used consistently throughout the version. Martyn Crucefix explains the distinction in a note to his Introduction, which is useful as it enables the reader to pick up on one layer of meaning on first reading. The distinction is that, in his words, ‘The former implies a divided world (self and other – “that” out there) whereas the latter is a gesture of encompassment of both self and other, the whole, the one.’ Thus, the path that can be named is ‘that’, the divided, the incomplete. This use of words in more than one way, simultaneously, is characteristic of how the slippery nature of language is used to point beyond a single circumscribed meaning. The line, ‘what can be named is no more’, needs to be read both as following the line before it, and, with a different sense, as preceding the lines that follow.

When read with the preceding line, we have,

The sense is that what can be named is ephemeral, transient rather than enduring. With the two succeeding lines it reads,

Here, the sense is that what can be named is not the ultimate source but the immediate source of all the diversity of the world we experience. This immediate source is the ‘heaven and earth’ that springs from wordlessness.

As well as using the tools of a poet to convey the subtleties of the text, Martyn Crucefix works in references to writings that postdate Daodejing but are likely to be familiar to twenty-first century English speakers and illuminate the sense of it. He does this in an unobtrusive and effective way. Here are some examples.

There is an unmistakeable echo in this of Matthew 6 v.19-21 in the King James Bible.

The parallel is much clearer in this version than in previous ones. For example, Stephen Mitchell, whose version Martyn Crucefix praises, renders the passage thus,

In Mitchell’s version one can still see a parallel but it is not as close.

One of the echoes in Martyn Crucefix’s version suggests that he is conscious of the advantage that a poet has in entering this territory. He begins Chapter 49, ‘Dazed’ like this,

We are, at once, reminded of Keats, in his letter of 27 October 1818 to Richard Woodhouse saying,

The equivalent passage in Mitchell’s version, and in the five other versions I have seen, makes no mention of a poet so the echo of Keats is clearly intended.

Most importantly, Martyn Crucefix’s version of the work reads well as poetry. To illustrate this, I would like to put side by side his version of Chapter 18 with that of one of the great western scholars of Chinese culture, Arthur Waley. This is the Martyn Crucefix version.

Arthur Waley’s version of the same passage is,

There is an irony involved in writing about a work that denies the adequacy of language to engage with the work’s subject. Anyone who really responds to Daodejing may ask, ‘Why all these words?’ A possible answer can be found in something written by a philosopher who was capable of utterances of a poetic brevity and compression. C.K.Ogden’s translation of Ludwig Wittgenstein’s Tractatus Logico-Philosophicus ends with this,