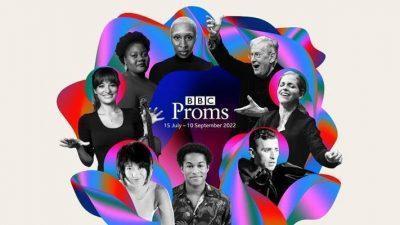 The night of the male Modernists opened with a tribute to Harrison Birtwistle’s Sonance Severance 2000, a three minute composition which is as huge in its effect as it is brief in its length.  This is a stunning piece created to honour the re-opening of Severance Hall, Cleveland Orchestra’s new home in January 2000.  Its placement as prologue was to commemorate Birtwistle’s genius after his recent death.  Lancashire-born Birtwistle, truly a musical giant, will be missed by all who knew him, through his theatre compositions as much as he will be mourned by music fans.  Sonance Severance 2000, as an hors d’oeuvre warmed up the audience for the variety of Maurice Ravel’s Piano Concerto in G Major.  However it was not just the dangerous journey of Ravel’s composition that seduced listeners but also the extraordinary performance of 22 year old Israeli-born pianist Tom Borrow making his Proms debut.  In a solo, that even Ravel found too difficult to play, Borrow held the Royal Albert Hall crowds in his palm.  They would not let him leave the stage and roared for an encore.  They recognised a new star and were delighted to witness his ascendance.

It is hard to listen to Igor Stravinsky’s 1913 Rite of Spring without Nijinsky’s choreography playing behind the eyelids.  The sharp, upturned foot and the thudding of feet on floorboards announces the birth of musical modernism.  This composition certainly heralds the violence of the 20th century.  That it caused a riot at its Paris premiere is unsurprising.  However something in the acoustic layout of the Royal Albert Hall’s circularity means a certain dispersion of the power of Stravinsky’s groundbreaking creation.  I longed for the musicians to take the central floor space so that the full blast and brutality of The Rite might resonate in each person’s breast bone.