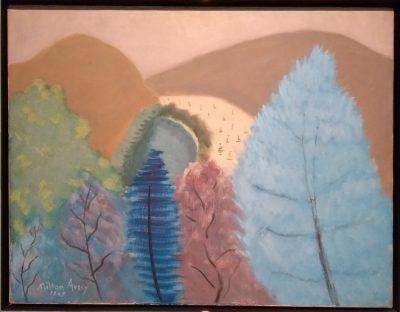 Milton Avery?  Not exactly a familiar name.  Well, this is the first comprehensive exhibition of his work ever in Europe, and if his reputation as a major figure in the development of American painting has remained under the radar it is partly because he kept pretty silent about his work, giving very few interviews, and partly because he must be considered as a bridge between art movements rather than a singular trail-blazer for any particular group. 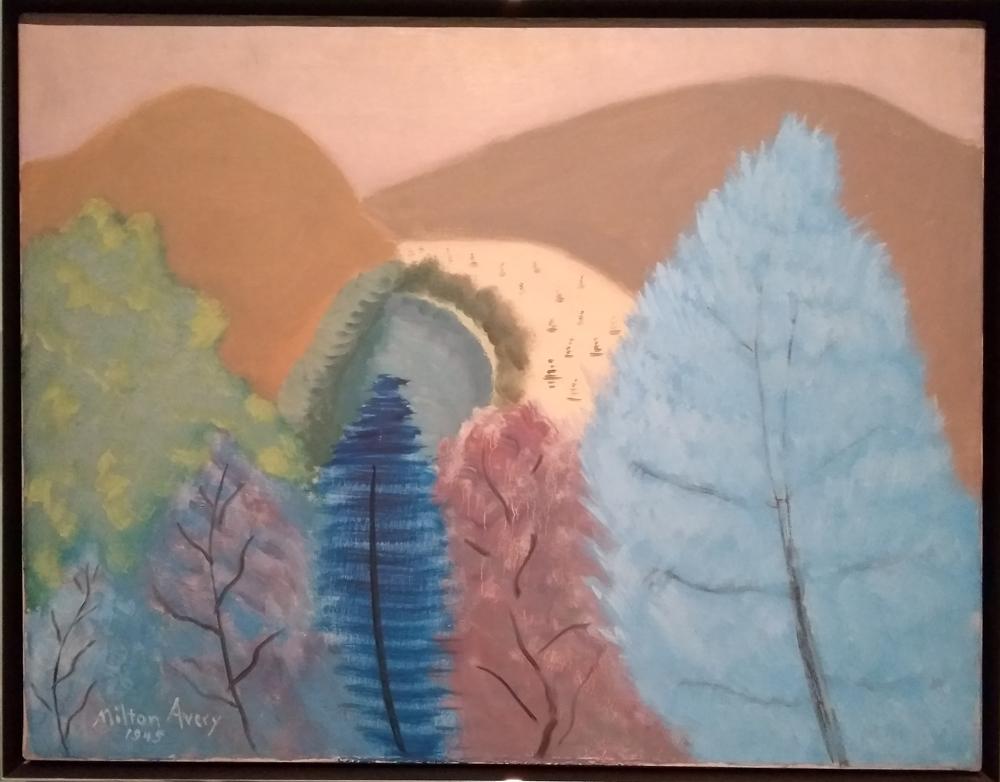 Avery lived from 1885 to 1965 and did not paint seriously until his mid-thirties.  His family was poor and at the age of 20, having lost his father to an industrial accident, he sought greater income by enrolling in a course in commercial lettering.  This led to an interest in drawing and then painting.  His early oils are pretty unremarkable, showing the influence of Van Gogh (Blossoming, 1918) and even Constable, but hardly standing out from the many amateur artists of the day.  But then Avery thins out his paint and starts a long journey towards a marvellous balance of form and colour such as the shimmering Blue Trees (1945).  He continued the en plein air tradition of the French Impressionists, working outside with the subject directly in front of him, thus producing a sketch or watercolour to be rendered later as an oil on canvas in the studio. 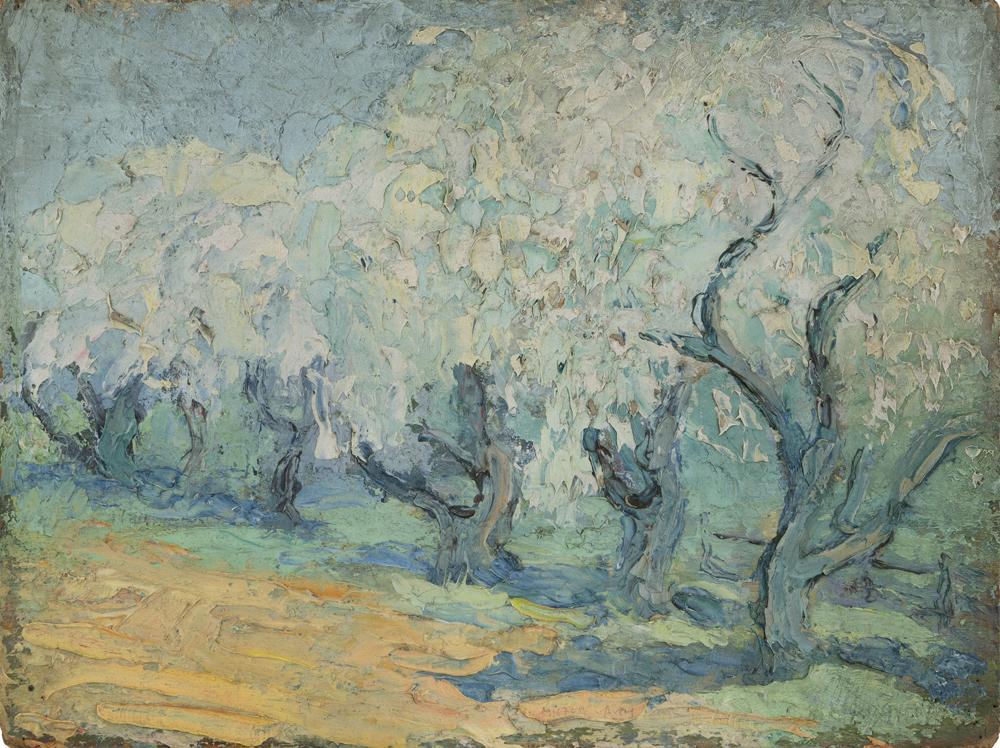 By 1926 Avery had married Sally Michel and had moved from his native Connecticut to New York.  The couple lived frugally, supported by Sally’s earnings.  It was only from the 1940’s that Avery’s work itself provided them with a living.  All the time he was widening his subject matter (urban scenes, portraiture, the theatre and circus) and absorbing the influences of artists such as Lautrec, Matisse and Hopper which he would have seen exhibited in the city. 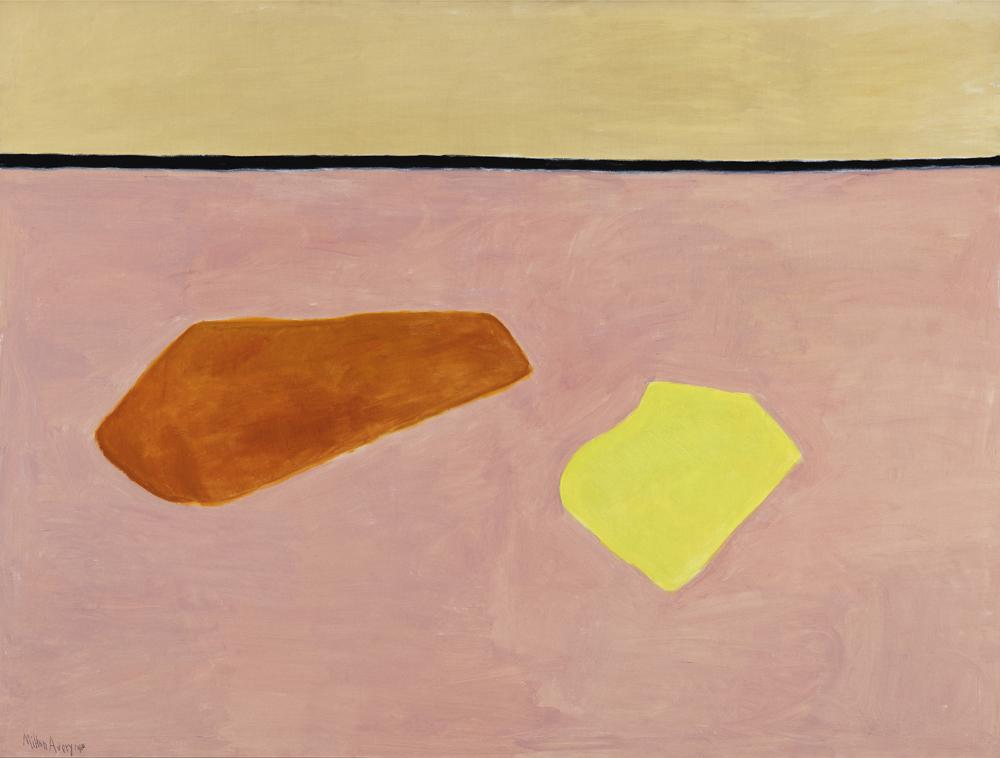 Undoubtedly Milton Avery was moving from American Impressionism towards Abstract Expressionism.  He mixed with new pioneers such as Arshile Gorky and Mark Rothko, but unlike the ambition of Kandinsky, say, to create paintings which were absolutely non-representational – which did not depict objects at all – Avery always insisted that he painted what he saw, no matter how reduced the image was to areas of plain colour (Beach Blankets, 1960). 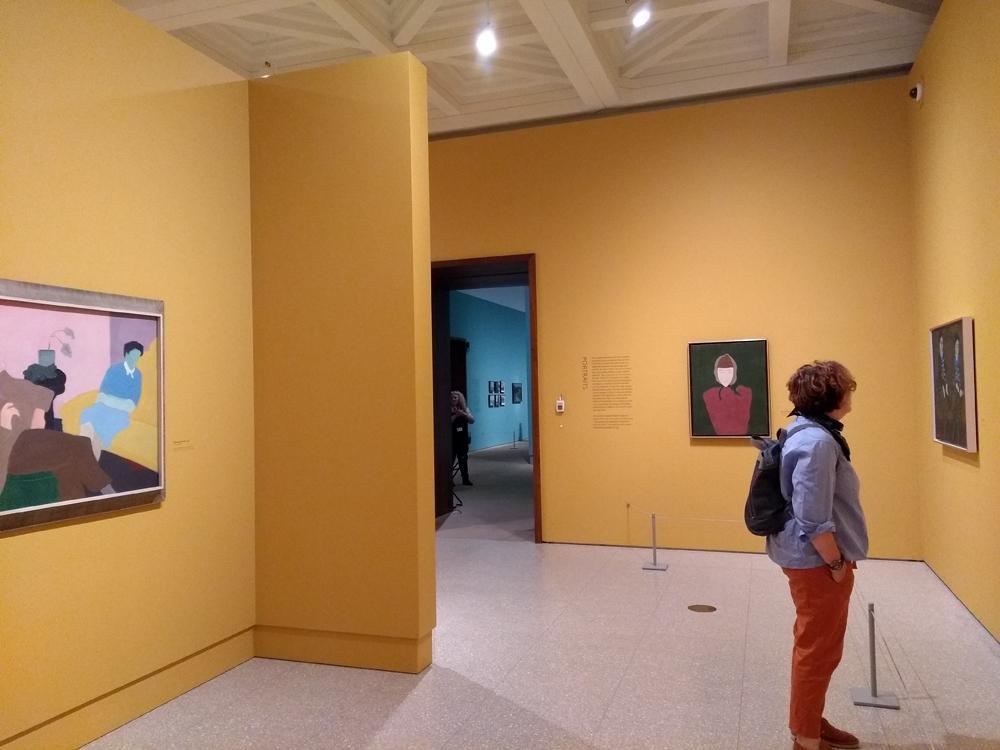 This is a lovely exhibition of seventy works arranged pretty chronologically in three rooms, each with a distinctive complementary wall colour.  I did not warm to everything on show: his handling of three horizontal bands of colour in Blue Sea, Red Sky (1958) strikes me as obvious and ugly, but overall the impression is one of good humour, lightness and a delight in the natural world.