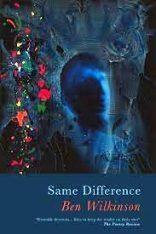 Wilkinson’s poem ‘Poetry’ opens this fine collection with a timely reminder to all of us who are mired in the business of writing poetry that “the game is as good as up”. Wilkinson knows that when it comes to poems he’s likely to “write another soon enough”. He’s also wise enough to tell us readers to “see whatever you want”, so that’s just what I’ll do; I’ll be one of the ‘Weirdos’ who “seriously / work away at poems, as if poems / might shape strangeness into charm”.

On reading these poems, we are quickly aware of the range of form and subject the writer has in his tool box. The poems are moving, funny, compelling and span the personal and the profound. That a poet can move from his rather beautiful thoughts about the month of ‘October’ to the unrefined musings of a club bouncer in ‘What the Doorman Says’ is a real treat. Wilkinson gives us “I’ll take autumn’s cruel stare / over summer’s pining dove” in the former, and “too many kids have knives on them nowadays” in the latter, and there is clearly great merit in both. It’s not just the connection with his subject matter but the neat way he morphs one poem into the next. A great example of this is the last line of the ‘Doorman’ poem, “That booze, generally speaking, brings out the worst”, and how the next poem ‘The Young Fools’ opens with “We were always first to hit town back then, / supping pints and blowing smoke rings.” This almost seamless flow, even though the form and topics may be very different, helps the reader feel the work as a complete experience and to feel utterly welcome and considered.

At times there is deep longing, even regret; the reader can sense loves lost and relationships changed. In ‘The Middle of the Midlands’ the poet uses four line stanzas, the inner two lines indented further to the right, to create almost a sense of things sliding and shifting out of his grasp. In this poem I was also struck by the poet being completely comfortable and confident enough to use the conversational abbreviation “I’d’ve” for ‘I would have’. Of course, it’s absolutely correct and accurate, but what nerve and conviction!

Further evidence if it were needed, of Wilkinson being totally at home in his writing style, can be found in the almost rambling ‘Invocation’, somehow still set out in four neat nine-line stanzas. Here the poet pours out his memories of times with friends, probably when they were students, playing “Articulate! while pissed”. The poem is packed with really evocative references, building line after line a picture of life without responsibility, just good times on a shoestring. Turn the page to find ‘Ocean’ which I keep returning to for its haunting last lines:

I’m not entirely sure what the poem is about, maybe rush hour traffic as a young cyclist passes older commuters in their cars and cabs? Maybe a care-home window during lockdown? Remember he did tell us to see whatever we want. I’m intrigued by the metaphor of sea creatures trapped behind glass staring at one another, and by the empathy shown to those for whom time is running out.

There are many references to cycling, running and sport in the collection. The poet seems to have a healthy relationship with these and recognises how every participant will have a different reason for wanting “to test the limits / of the human heart”. There is, as in all the poems, recognition of time passing and the frailty of the human condition, the need to live in the moment.

Another feature of the collection is Wilkinson’s ‘borrowing’ from the works of nineteenth century French symbolist poet Verlaine. I am not familiar at all with Verlaine but can appreciate some of Wilkinson’s playful use of half rhyme and metre in these poems, and the way he mashes up contemporary and more archaic language as in ‘Once’:

I was delighted to come across Wilkinson’s tribute to Mary Ruefle’s iconic ‘color series’ in ‘Grey Disgust’. Mary Ruefle’s poems feature every colour you can think of, usually referring to each as a ‘sadness’. Wilkinson captures much of her wry wit in his depiction of grey as “a lift still rich with the grim fart of the / previous occupant”. Ending with a reference to “belly-button fluff”, Wilkinson again shows his mastery of how to order the poems in a collection by following with his poem ‘Fuzz’, grimy with everything that makes for the perfect dodgy, smoky, noisy club.

There are lots of swipes at modern life in these poems and at what some refer to as the rat race. These thoughts are timely as we approach what looks like the next recession. In ‘Rich’ Wilkinson can see no merit in having too much cash, “Money spoils whether it falls / in the lap or accrues in the hands”, and in ‘Guacamole’ he offers the laugh-out-loud story of Peter Mandelson mistaking mushy peas for avocado dip – priceless! Our social media ‘memories’ are mocked in ‘Ben, we care’, where “vain algorithms, might choose / to spring consequence on you at any given moment.”

It’s rare to read a collection that reaches out to the reader with such emotional integrity while being so easy to relate to. Everything about these poems is tender and inclusive. Even when Wilkinson is being brutally honest, he srill writes with such care for the language and for the sequencing of the poems. This really is a ‘good read’ in every sense.