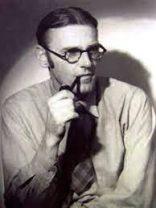 Doubleness is a recognized motif in Scottish literature, with Robert Louis Stevenson’s The Strange Case of Dr Jekyll and Mr Hyde (1886) often cited as a key example. Scotland’s agonised Calvinist divide between the self-selecting chosen ones of the Almighty (but can they ever really be certain?) and those considered damnable (but what, then, of divine mercy?) is considered a possible cause. There’s also a propensity among Scottish writers to write under a pseudonym. The great modernist poet Hugh MacDiarmid was in reality Christopher Murray Grieve. Lewis Grassic Gibbon was the pen name of James Leslie Mitchell. Fiona Macleod, a popular novelist of the Celtic Revival, was the poet and novelist William Sharp.

Fiona Macleod was a fiction, but in James Fountain’s fascinating study, Hidden Sun, we have a real Macleod writing under twin identities, each one remarkably distanced in style and world-view from the other. Also remarkable is how each one of these poetic identities gathered an admiring following among major poets and critics of the day, none of whom appears to have been aware that it was a single and singular man who wrote in both voices. Joseph Macleod was born in London of Scottish parentage in 1903. He was educated at Rugby School and Balliol College, Oxford, trained as a barrister and worked in wartime broadcasting with the BBC. But this seemingly establishment career concealed not one but two radical poetic personae.

As Joseph Macleod, he wrote a complex high Modernist long poem, The Ecliptic (1930), published by T. S. Eliot at Faber and Faber after the advocacy of Ezra Pound. This work made a deep impression on influential poets on both sides of the Atlantic. Sections of it appeared in Eliot’s journal The Criterion and also in Poetry (Chicago). It was allusive and elusive in the Poundian manner, yet its structuring upon the sun’s supposed journey round the signs of the Zodiac provided the work with a universal symbolism that was linked quite clearly with personal creative development. Its lexical subtlety also served, however, to make future publication more difficult to achieve. For me the poem has long been a ‘known unknown’. I knew that two poets whom I admired, Basil Bunting and Edwin Morgan, had praised it, and so I made a couple of attempts, decades ago, to finish it, let alone enjoy it. How I wish that I had had James Fountain’s book to hand then to guide me through key passages.

Towards the end of the 1930s there emerged a poet totally different in manner and intention. Adam Drinan published five collections of an apparently Gaelic-inflected poetry in English between 1940 and 1953. These poem sequences were set in coastal communities in Cornwall or the Western Isles, and employed structural patterning of assonance and alliteration akin to Celtic poetry. This too had a remarkable impact on Drinan’s contemporaries, particularly in Scotland. His poetry was praised by Edwin Muir, W. S. Graham and the novelist Naomi Mitchison, but it was also published by Cyril Connolly in Horizon. Even Hugh MacDiarmid’s contrarian criticism of this outsider poet, who was personally unknown to him and who failed to appear at expected literary gatherings in Scotland, might suggest that here was a voice that could not be ignored. In America, poems by both Joseph Macleod and Adam Drinan appeared in Kenneth Rexroth’s influential anthology, New British Poetry (1949). It was in later anthologies of Scottish poetry that I read Drinan’s work, clearly another case of a known unknown. To all appearances these were two different writers. Drinan could be contacted only through his ‘secretary’ at an address in Cornwall. This was his friend the art critic, painter and poet Adrian Stokes, also significantly linked with the writings of Ezra Pound. The location was sufficiently far from Macleod’s other life in London for connections to be easily made.

Or other lives, one might say. The recognisable and steadying presence of Joseph Macleod as BBC announcer, playing his own significant role in reassuring hundreds of thousands of listeners, in Britain and beyond, of progress towards final victory in World War Two, had yet another manifestation as the author of well-received studies of Soviet theatre, appearing in 1943, 1946 and 1951.

The deliberately obscured traces of Macleod’s multiple careers are now knitted up with remarkable clarity in James Fountain’s critical study. This is not only a re-evaluation but also, to me, a revelation. I can now see the British modernism of Basil Bunting in a richer light. The dynamics of 1930s poetic influences are here, as well as the tangled, and occasionally internecine, connections of the mid-twentieth century Scottish poetry and publishing scene, newly clarified by the case study of Macleod. All of this is based on deep knowledge of the writer’s archive, explored here for the first time.

It also seems apt that this twin poet demands two authors. In concert with Fountain’s scholarly explication, we encounter in Chapters 2 and 3 the voice of Andrew Duncan, poet, cultural critic and publisher of Macleod’s poetry. He ranges more freely across the poetic situation in the late 1920s and early 1930s, with a special focus on Macleod’s second collection, Foray of Centaurs (1931). This long poem proved impossible to place with publishers as a whole, although sections of it appeared on both sides of the Atlantic. Perhaps the opacity of The Ecliptic had already damaged Macleod’s reputation, or perhaps the anarchic bravura of this second collection was just too much to handle. But Duncan makes a stirring case for its cartoon-like foray into the cultural certainties of English society.

James Fountain’s steadying critical voice returns to lead us through the life and writings. Macleod’s BBC role came about after he had written and presented a broadcast on Russian theatre. For several years he had acted with, and then directed, the Festival Theatre near Cambridge in its programme of radical drama, from O’Casey to Cocteau to the Noh theatre of Ezra Pound. This had given a confidence and resonance to his voice, which served him well on wartime radio. And yet his political leanings (he had stood as a Labour candidate in Huntingdonshire) and his occasional Scottish inflection with place-names (his Donetz and Kharkov were particularly criticised) and his impatience with BBC hierarchy led to disciplinary action and even suspension.

These professional issues had more than a little to do with his socialist views. Of particular interest in this volume is the way in which Macleod’s progress as a writer runs parallel to the better-known left-leaning poetry of the 1930s, while providing an alternative reading of it. This is clearest in Chapter 4, ‘The Emergence of Adam Drinan’, where Macleod’s interest in ‘socialist realism’ in theatre history and practice, and his translation of the clear and basic imagery of Russian ‘peasant poetry’, are seen to lead him towards the practical, realistic voice of Adam Drinan.

The surname is borrowed from a settlement near Elgol on the Isle of Skye. The name Adam suggests elemental origins, and indeed Macleod as Drinan explores aspects of his own ancestors’ suffering during the Clearances of Strathnaver, when crofting communities were destroyed to make way for sheep farming. This voice enables the poet to bring together diverse elements of his life so far, as in the Cornish setting of The Cove (1940) with its metaphorical undertones of war. His experience in drama, politics and broadcasting is confidently blended in The Ghosts of the Strath (1943) and Script from Norway (1953). The latter is a film script, divided into ‘cantos’ to explore the political and cultural affinities of Scotland and Norway. James Fountain’s discussion of Women of the Happy Island (1946) is illuminating on its reception, and about its publication by the enterprising Glaswegian William MacLellan, a key publisher of the Scottish ‘Renaissance’ of poetry at this period.

Finally, Macleod’s place in wider British and Irish poetry and the possible stylistic influence of twelve of his contemporaries are considered. Most intriguing of these, perhaps, is Louis MacNeice, a colleague at the BBC. Macleod’s diaries do not reveal definite evidence of any meeting, yet so much about this poet is hidden that the reader is left with the agreeable feeling of more to be discovered. He was a life-long friend of Graham Greene, a fellow student at Oxford, and there is, in his eclectic intellectual questing and sudden shifts of direction, a distinct feeling of 1930s and 1940s Greene-land mystery and unease.

This fascinating study of a multi-talented man offers new perspectives on British culture in the pre- and post-war years of the twentieth century. Cultural historians of media and drama, students and teachers of English, Scottish and Modernist literature, and all those who are fascinated by the mystery of creative life and identity, will find themselves enlightened by a ‘hidden sun’ emerging remarkably into sight.