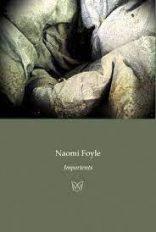 Disillusioned by government, the media, and social indifference to society’s problems, Naomi Foyle presents a searing review of the issues facing a society in the throes of Brexit and the Covid-19 pandemic.

The pamphlet starts with ‘from The Year of Saying No’. Foyle strikes a tone of uncertainty and change. An Australian poet, invited to stay for a night in Brighton, is turned down at the station. The referendum poster – VOTE YES – is removed to be replaced by a print of a New Zealand robin, who looks at the world with ‘its wary black eye / fixing the world / with an accusatory glint’.

The tone of uncertainty hardens quickly in ‘An Evil Age’, a translation of the Hermann Hesse poem ‘Böse Zeit’. The three stanzas shows us the despair of the long night: ‘Now we are silent / and no longer sing […] this is the night that promised to come.’ Foyle takes us through despair: ‘winter is hard in a friendless land’ to the belief in a future, however hard it is to attain:

The memorable ‘Brokenshite’ picks up comments about homelessness from the late James Brokenshire. It examines the lives of several people forced to live on the street:I rish Lily desperately trying to find someone to go into MacDonalds for her

or one of the homeless whose name you never know

‘Ne’er Cast a Clout til May be Out: A Brexit Balm’ is a memorable recasting of Ophelia’s wild flower speech in a modern context, with herbs and flowers chosen carefully to mark Foyle’s political views. So ‘those who hate immigrants’ are offered a variety of foreign herbs including French sorrel, Spanish dagger, Italian toadflax, Indian rhubarb, Jerusalem sage.

The politics is never far from the frontline. ‘For those who lied on buses: / Adder’s tongue, false cleaver, common honesty.’ contrasts with ‘For those whose forefathers and foremothers fought and died for Europe: / a field of red poppies.’

But all is not lost, and the poem ends:

‘Importents’ examines two natural phenomena that struck around the time of the 2019 general election. Three hundred starlings were found dead on a road in Anglesey, and thousands of innkeeper worms were washed up on a beach in California. Foyle sees a link between these natural phenomena and the election result. The image of the starlings, apparently flying into the road and their deaths the result of the trauma and internal bleeding is paired with the assumption that the murmuration was disturbed by the arrival of a predatory hawk, a metaphor for an electorate choosing ‘the dictator’.

‘Lockdown day 7’ is a surreal examination of domestic chaos, and a metaphor for social disintegration where everything is going wrong. Or perhaps a metaphor for the chaos left by a failed relationship. The rug is ‘wrinkled like the fur / of a mangey misbred dog’ and the room is covered in dirt as if ‘a mudslide has hit, a swamp has made itself at home’

The cleaning is endless:

This is a memorable pamphlet, full of vivid imagery and metaphor. Foyle concentrates the anger and despair of many parts of society on the apparent dysfunction of the government. Her writing is at its best when she puts the polemic to one side and focuses on people. What brings the pamphlet to life are the individuals like Lily, Sebastian and Simon in ‘Brokenshite’ or the nightmare details of ‘Lockdown, Day 7’ or the nurse from Uganda in ‘Lockdown, Week Eleven’, who, as she scrubs down at the end of her shift, wonders if she was careful enough.