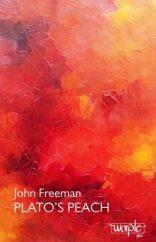 Conversational poetry is a thoughtful and insightful method for exploring and meditating on objects, events and relationships. John Freeman develops this style in impeccable prosody with fresh and interesting topics and engaging situations. He presents a journey of self-discovery that opens up unusual perspectives. The conversations are sometimes personal and intimate, but at other times they occur in casual encounters or revisited memories. They express thoughts, telling stories in a process that helps understand people and the environment. They make sense of what is around us but the emphasis is more on the process than in a possible final conclusion. Attentive observations and detailed descriptions shape the characters and the situations in flowing enjambments:

Curtains or a square of chocolate evoke emotions, triggering a story that evolves in complex yet clear reasonings. This analysis is both personal and universal; it is a revelation of sorts that is caused by a situation or an object that is similar to the objective correlative we find in the poetry of T.S. Eliot and Eugenio Montale:

The title poem, ‘Plato’s Peach’, is highly symbolic in its approach to Plato’s concept of ideas or forms that are perceived by the mind and, at the same time, experienced by the senses:

Plato himself developed his philosophy in dialogues, that is, in conversations between different characters, as Freeman does in his poems. The poem ends with a personal experience in the south of France when the poet was offered a peach too by a woman in mourning.

Trees are recurring images; they are human-like creatures that have healing qualities and represent a vital force that grants life. They restore harmony and involve the protagonist in a rhythm, a movement and a spirit that are fulfilling and soothing:

The collection includes some ekphrastic poems about the artworks of, among others, Paul Nash and Claude Monet. The conversation in these poems is about the pictures, the painter and possible references to the literary world. Therefore, they are not just descriptions of the artwork but go beyond it, to the root of the composition and the story behind it. Monet’s work is evoked after a visit to Giverny. Freeman admires the ‘exuberant glory’ of the environment reflected in the artist’s pictures. He describes his own progress through the house that absorbs the light and the surrounding colours, noticing objects from different angles and taking photos. It is a surprising journey that leads to a personal and intuitive understanding of Monet’s work. It suggests a vision of the house and garden that is real but also very mysterious:

There is a sense of transformation; it is the artistic touch that transforms the real into the ‘unreal’ or into a better ‘real’ that suits our imagination. It is a vision that is both idealised and true at the same time.

The last section, ‘Time Perpetually Revolving’, is a meditation on death that is a generous and insightful remembrance of friends, family, artists and authors who have passed away. The awareness of being mortal is not final; it merges with and evolves into a belief and consciousness that ‘everything good that happens will shine everlastingly.’ It is an ‘act of giving-receiving’, an ‘energy passing between us’ that allows communication and community and therefore continuity.