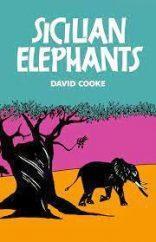 In his latest collection, David Cooke continues his exploration of past memories from an everyday perspective. He has done this in his previous works, but this time he extends the boundaries and envisages a wider view. The poems are divided into four sections whose titles map the journey of a search for meaning and an aim in life; this becomes pressing and they are investigated further. He takes inspiration from the practices of DIY and gardening that become metaphors for attempts at clearing, refreshing and reshaping life as well as a meditation on our frantic lifestyle:

Finding a way through and a meaning in the confusing maze of the activities we are dedicated and bound to is not only unsettling but also triggers a profound reflection on the ultimate significance of our apparently vain existence. Some questions are implied: is our life just a brief interval between birth and death? Do our aimless activities take us to something real and meaningful? Is there a place where we can feel at home? Time passes and the space we might call home becomes more and more elusive.

A sense of an unassuming quest in a quotidian context, which nevertheless becomes universal, pervades the collection together with the approach of death expressed in the frequent references to dust and the descriptions of disquieting landscapes. Nature reflects the human condition in its uncertain and confused state in which brambles are unruly and edges become ‘intractable’. Patience can be a strategy for coping with this situation but is not a definite solution.

The search for a home or a homeland is constantly shifting and is therefore deluded at both a personal and a global level, for example in the condition of refugees and immigrants:

Displacement and restlessness define the space we live in and our condition in which our certainties collapse in a grey landscape.

The literary references and comments on historical figures and events connect the poems to a wide cultural context that shows Cooke’s diverse literary interests and his capacity to merge intellectual knowledge and pragmatic experience. His tone is direct, and the language is readable and sharp at the same time. Striking imageries complete the verses, allowing his poetry to transcend the natural and attain a sense of infinity:

The title poem, ‘Sicilian Elephants’, refers to the bones of miniature elephants the size of Shetland ponies found in Sicily and now at the Gemellaro Geological Museum of the University of Palermo. The bones date back to the Pleistocene era (between 50,000 and 175,000 years ago). They were the result of the evolutionary change that occurred after the migration of the animals in prehistoric times from Africa to Sicily in a period when the level of the sea was probably low and there were land bridges between Sicily and Africa. Once the elephants were isolated on the island, their DNA changed rapidly and they became significantly smaller and lighter, probably due to the scarcity of resources in Sicily:

The final two poems convey a dreamlike vision that is suggested rather than stated. ‘Ruins’ declares that ‘our visionary towers/have crumbled, their cladding dispersed/by simooms effacing our hapless sway’, an image that reiterates the connection with redecorating the house in a failed attempt to reorder and refresh life. ‘In the Clouds’ seems to confirm this perspective in a larger vision that envisages a possible ‘paradise’ which might be home. It is a ‘zone of pure forms/the circle’s always true;/the straight line’s unwavering’, that is, an idealised final landscape that goes beyond the real and the practical towards a hopeful solution in which confusion and contradiction seem to dissolve. The poems therefore lead the reader in a fascinating personal and existential search through memories and historical and literary references. They trace an intellectual journey that is both practical and ideal.