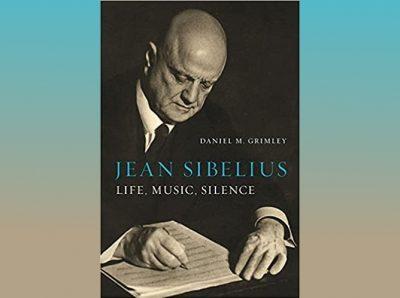 Of all the great composers of Western Classical Music Sibelius was the most affected by silence and I don’t necessarily mean the silences between notes of music.  There are of course those pauses between the last dramatic chords of his 5th symphony, written not as self-conscious hesitations but tiny registers of awed silence enabling Sibelius to hold back his finale – that tremendous affirmation of nature.

Sibelius listened to the wind in the great forests; heard the sound of cranes and swans; observed the lakes and watched the changeable Finnish skyline.  But he was no naïve nature lover.  The natural physical world.  The nature of being human. Sibelius mediated between these states to achieve a Northern European synthesis, of uniquely original orchestration, which has a universal appeal.  His ear, as searching as his eye, keenly noted the acoustic potential of his country.  From this he “pulled out” musical material.  There was always the omniscient presence of silence needing to be filled by the sound of beautiful instrumental colour and unforgettable melodies.

However that silence, just preceding intense creativity, couldn’t be mined forever.  Apart from a bombastic march tune and a work for solo organ twenty seven years elapsed from 1930 to his death, aged 91, in 1957, when Sibelius gave the world no new composition.  He worked for years on his 8th symphony but eventually burnt the manuscript.  Anxious to hear his 8th Vaughan Williams wrote to Sibelius wishing him well.  That wasn’t enough to speed up its completion or exposure: nor or was anything else (all that’s left are some sketches for the first movement).

Every book or documentary I’ve encountered on Sibelius has attempted to explain why there was such a long creative silence.  Was it because Sibelius felt his music was out of joint in a new musical landscape?  That the marital tension he felt with his wife Ainola proved exhausting?  His constant dependence on alcohol was too much?  Or was it simply his over-exacting standards?  Arguments can be certainly made for self-criticism.  In late works like the 7th symphony and Tapiola we experience a unique sound-world; atmospheric, sensual, mysterious, both disturbing and uplifting: an impeccable fusion of form and content.  To keep on achieving such amazing originality was a formidable undertaking.

Daniel M. Grimley’s Jean Sibelius Life, Music, Silence bravely tackles the silence question.  Perhaps I was disrespectful but I read Grimley’s last and moving chapter called “Quasi al niente” (Fading to a near silence) first and then started with the introduction and first chapter looking for more clues along the Sibelian journey.  Well there weren’t really anymore but what I did find was an attentive description of Sibelius’s compositions (not just the symphonies but all the tone poems, chamber works, theatre music, songs and even the critically neglected piano music).  Grimley writes well and sensitively: providing technical information and opinion without being over-academic.

The socio-political background of Sibelius is expertly chronicled so we can determine how much it did or did not shape the composer’s mindset.  Certainly Sibelius’s financial difficulties impinged on him causing regular anxiety and his reaction was disappointment quickly followed by more creativity.  As for Sibelius’s marriage I did feel Grimley could have supplied more information about Jean’s relationship with Ainola: longer extracts from letters and diaries wouldn’t have gone amiss.

Jean Sibelius Life, Music and Silence is a subtle and informative study of Sibelius providing much fresh information and perspectives.  I recommend you read it alongside Robert Layton’s classic book The Master Musicians: Sibelius.  And if you also throw in Christopher Nupen’s documentary (available on YouTube) then your enjoyment of such timeless and magisterial music will be greatly enriched.

This article first appeared in http://www.cdchoice.co.uk/