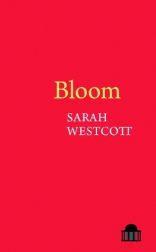 Sarah Westcott’s Bloom is crammed with pleasures for the reader and also with provocations to thought. Skilful patterning, sharp observation, sensuous evocativeness and startling leaps of metaphorical imagination give her poems a vivid, immediate impact, absorbing the reader in the experiences they present. But what they concretely describe or explicitly state is usually only the starting point of their effect. Mysterious ripples of suggestion and implication spread as one reads them, often complicated and enriched by sensitively placed ambiguities and ellipses. They’re full of a beauty which derives partly from their artistic qualities, partly from the beautiful things that she looks at and describes, but even more from the tone of her writing, which is gentle, full of reverent attentiveness, and seems to breathe life into almost everything it touches. Lines like ‘I wanted my hands to touch something alive’ or ‘The celandines opened startled faces’ from ‘Beauty’, ‘The dog eye is a landscape I cannot reach’, from ‘Apples’, or the description of a snowdrop as a ‘Little milk flower / trembling in the first light’ in ‘Fair Maids of February’ show how she can electrify the reader with simple statements packed with overtones and implications. At slightly greater length, descriptive passages like

from ‘Pigeons’, sing quietly in the mind in a way that reminds me remind me of translations of traditional Japanese poetry, or the poems of W S Merwin, making the details of a particular scene glow in the mind like crystallisations of a wider truth.

Reverence for life, love, a thrilling sense of connection to the non-human world – all these things suggest a poetry of uplift, and such an appeal is indeed part of the complex emotional dynamics of the book. And yet Westcott’s relationship with non-human nature is anything but untroubled. Sometimes her head fights her heart, telling her that impulses of an emotional connection may be illusory. Creatures for which she feels love fail to reciprocate it, in a way that suggests an unbridgeable gulf between different kinds of being. Opening herself imaginatively to non-human life involves feeling its pain. Even attempting to connect with non-human beings may be a kind of violation (‘I look into the eyes of my dog and it is a violent act’). In fact a great deal of the interest and richness of this book derives from the way it dramatises the conflict between opposing ways of seeing and feeling in relation to the non-human world. It does this subtly, in the texture of the language, and in the flow and counterflow of the poet’s impulses in a particular moment.

Take the short second section of ‘Apples’, the first poem in the book:

This seems to me utterly brilliant as prose poetry. Despite its apparent prose freedom, and without making use of line endings, it has the tautness, concentration and rhythmic balance of metrical verse. Intense realisation of the literal scene explodes into a lyrical, metaphorical mode that encourages long leaps of thought in different directions. Much could be said about the associations of both ‘trembling’ and ‘boat’. Apart from its many resonances with other poetry ‘boat’ makes you think how a dove in flight rows itself through the air like a boat over a lake. If you think of the way a small boat wobbles when you step into it, ‘trembling’ is apt to the suggestion of the dove’s body as a vehicle transporting the poet out of herself into the sensations and life of another being. However, ‘trembling’ also poignantly contradicts the poet’s momentary lyrical transport (‘I am in and out of myself’) by suggesting the bird’s fear. What for the poet is a moment of escape from self is entrapment for the dove. Another metaphor questions this idea of escape in a different way. What Westcott sees when she stares into the blackness of the dove’s pupil is simply her own face, figured as Narcissus, the ultimate symbol of solipsistic imprisonment in self. And playing against the lyrical, emotional and imaginative register of the imagery, a critical, analytical voice comments drily, ‘The bird returns my gaze with difference’ (my italics). At first it might seem that this completely punctures the sense of a transcendent communion, but on reflection it doesn’t. ‘With difference’ is ambiguous. It holds together the ideas that the dove’s gaze is different to the poet’s and that the dove’s gaze transforms the poet’s, without settling between them. Moreover, the language of ecstatic metaphorical shimmer returns, as though to say that the poet can’t but feel there’s more to the experience she’s described than analytical reflection can cover.

There’s one kind of pleasure in reading that involves that kind of intellectual unpicking, and it may be particularly suited to prose poetry. There’s a different kind in simply surrendering yourself to a loveliness like that of ‘Some day in May’:

This too is fraught and emotionally complex but its contradictory pressures are less formulated, more deeply embodied in the very movement of the lines. What is immediately striking, though, in contrast to ‘Apples’, is that the communion with nature is not sought and has no intellectual dimension but is involuntary and intense, bringing a sense of pain and helplessness in tension with the beauty of some of the images and the lilting music of the lines.

Many other poems have this kind of richly layered, strong but fundamentally mysterious suggestiveness, dealing with a variety of subjects, or drawing them into their imaginative orbit. Poems apparently about lovemaking, pregnancy and breast-feeding are suffused with a sense of our participation in the wider flow of life, like ‘Cherries’. And this wider flow includes at least the idea of the dead as living presences, as in the memorial poem ‘Abigail’, which ends with the speaker dreaming of her own dead mother finding

I find myself particularly drawn to these poems that make a strong impact through the vividness and evocativeness of their language but are made mysterious and oblique by the suppression of contextual information that would allow us to wrap up our interpretation too neatly. A phrase in one of the poems seems to touch on the particular pleasure such writing can give: ‘I think we all enjoy entering these uncertainties.’ One of the ones I liked most was the lovely love poem ‘Deflower’, which begins

Despite the physicality of references to lips, teeth, liver and ‘your body over mine’, the tendency of the poem is to abstract and generalise. The flower imagery takes us away from the personal and away from the distinctively contemporary. The dance-like repetitions make things swim in the mind, absorbing the narrative sequence that runs through the poem into a sense of a timelessly recurring pattern (among other repetitions, ‘flower’ or ‘flowers’ appears at a line ending in each of the five stanzas, twice in the final one). The poem ends

At this point I feel that the poet is thinking of all daughters and their parents, so the poem ends in wonder at the ongoing, perhaps dangerous beauty of sexual desire and procreation in the widest possible way.

To me this is a very rich poem, containing rather sharp complexities and ambiguities but resolving them in a final hesitant celebration. I think Westcott has evolved a linguistic style that superbly fits her purposes, allowing her to reach through time, to emphasize the transtemporal elements of experience, and to formalize its personal and even visceral elements into an impersonal vision. It’s not a language that will suit all subjects or all readers, but my quotations should let everyone decide whether this book will speak as eloquently to them as it does to me.