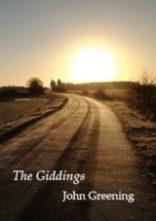 The Giddings tells the story of a modern traveller who, on finding himself near Little Gidding, site of Nicholas Ferrar’s seventeenth-century spiritual community in Huntingdonshire, feels compelled to make a pilgrimage to this sacred place. What follows is a narrative told partly in prose and partly in poems that are contemplative observations on modern and past events. Ferrar himself emerges to address the modern visitor in a canzone (a lyric poem, originating in medieval Italy and France, that influenced the sonnet form), before time reverses and we travel back through Ferrar’s life, catching glimpses of some major historic events along the way, finally returning to Little Gidding. Each scene is accompanied by a poem that varies in tone, shape and length, reflecting the voice of the speaker, arboreal or human.

Does this ambitious project work? On the whole, it does. It is a slim volume packed with erudition and skilled use of different poetic forms. Greening demonstrates his formidable ability to write lyrically and touch on universal themes of spirituality and our relationship to the natural world. Some poems resonate as hymns in their musical quality. What is missing is an explanation of the different poetic forms used and a rationale for the choices Greening made for each voice he employs.

The book starts with a poem addressed to the traveller by an ash tree:

The ‘World’s End’ refers to the cruise missiles that were transported down nearby lanes in the 1980’s. Greening’s choice of half-rhyme at the end of lines is unobtrusive and clever. Both this poem and the next, in the voice of an elm, bewail the damage caused by fungi such as ash die-back and Dutch elm disease, expressed chillingly in the line. ‘You see we all become extinct / not just the precious landscape trees.’ The Elm poem, written in free verse, reads as part lament, part warning. It ends:

Is there a suggestion of hope and rebirth? Each of the twelve trees mentioned has its own history, folklore and cultural symbolism. Many, such as the oak, communicate longevity, resilience, growth and wisdom. They are witnesses to man’s follies and short-sightedness. Some, such as the elder, offer healing and comfort.

We are told in the introductory Argument to the collection that Ferrar ordered the burning of his books in front of the church at Little Gidding. The modern visitor witnesses the pyre and hears the trees address him in a series of couplets that provide an alternative witty reading list:

When Ferrar appears, he delivers a canzone. There is constant repetition of the same rhyme or word in the twelve line stanzas. The nub of the text is a heartfelt plea by Ferrar to embrace prayer and to praise ‘all that we are, and knew’. To achieve this enlightened state, he suggests:

The repetition of words and sounds gives the poem a melodic, religious quality. At first I found it too contrived but as I have re-read it several times I have come to appreciate its content and musicality more.

Now time reverses and our traveller watches scenes evoking the plague, the Great Fire of London and Ferrar’s flight to Huntingdon where he restored an old church and established a new spiritual community.

A poetic form by the ‘psalm children’ follows and it is one that I am unfamiliar with – six stanzas of six lines, each line rhyming with its corresponding line in the following stanza. It is very cleverly done but speaks to me less than some of the poems in free verse such as the generously spaced text in the voice of a sycamore. You can almost see the branches spreading out and the seeds whirling to the ground. We continue to travel through Ferrar’s life, including his trips to Spain and Italy. The sweet chestnut and stone pine sing their songs before we return to England and a linden tree (or lime) welcomes Ferrar home.

Back in Cambridge, where Ferrar was a student, there is a fair where people are dancing around a hawthorn trailing ribbons. It is an extraordinary list of inhabitants from the past and present whose significance confused me. This penultimate poem is in couplets but the second line repeats throughout:

Are these people in fact all different trees? We have been told in the Argument at the beginning of the book that the trees are seen dancing, but this scene seems to feature locals from the community. Finally the yew and the birch have a dialogue and the modern man finds himself back at his Travelodge.

The Giddings is a fascinating and skilled poetic achievement but one that failed to touch me emotionally. Perhaps the use of so many different poetic forms got in the way of losing myself in the language and the sentiment. I had to keep going back to the Argument to remind myself of the sequence of events historically, despite the prose preludes to each poem. However, just as I found that the canzone sang to me after reading it several times, I suspect the same may be true on revisiting each of the fourteen poems presented. If there is an underlying message in the collection, it is about listening and embracing Ferrar’s plea to live more simply, take care of our community, our environment and each other, a message that is particularly pertinent today.