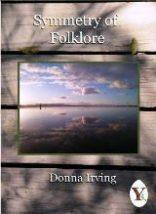 Donna Irving’s debut pamphlet is an interesting mix of poems about loss and grief interspersed with humorous and original poems that surprise and sometimes shock. For example, “Appointment Diary 8th November 1989” provides a chilling list of patients seen that day. From the very beginning we know there is a problem: ‘The dentist enters, punch drunk with ego’. The narrator, presumably a dental nurse or assistant, is blamed whenever something goes wrong. Her voice is drowned out by the dentist’s narcissistic bullying presence. The narrative rings horribly true and the short prose entries for each patient reflect the way clinical notes used to be recorded before computerisation. It is an original and striking prose poem.

In “Evidence Synthesis”, the speaker mocks the demand in academic circles for everything to be ‘evidence-based’, with endless citations from other research papers. The language in this poem is a delight. After setting up ‘search strings / tight, for specificity,’ and going through different databases to find relevant literature:

When the speaker sends off the answer to the Lancet:

The last four italicised words are a pleasing conclusion to this description of an overrated academic exercise. The use of medical and scientific language also works effectively in “Sleep hygiene clinic” although I had to look up what ‘bruxism’ means (grinding the teeth). The second stanza reads like a spell or invocation in its instructions:

The poem finishes with a statement:

Anyone who has read the children’s book “The Flopsy Bunnies”, by Beatrix Potter, will remember that the little rabbits fell asleep after eating too many lettuces because these salad items are ‘soporific’, a fact known long before the relationship between the amino acid tryptophan and the hormone melatonin was discovered.

The poems that relate to childhood and adolescence are of a more sombre mood. It is easy to infer neglect and abuse from the powerful imagery in “Jelly Shoes” and in “Moths”. In this latter poem the first three stanzas start ‘Consider…’ an effective device to pull the reader into an intimate relationship with the speaker:

It is a disturbing picture painted in a few words.

The poems “Nerves” and “Ecstasy of grief”, placed opposite each other in the pamphlet, could well be about a grandma who irritates but is also deeply mourned when she dies. “Nerves” begins:

We immediately hear and see the two women, one older, one younger, spending the afternoon together ‘full of mulligatawny and mithering’. Bereavement is powerfully evoked in the next poem “Ecstasy of grief”:

The assonance of ‘glowed’ and ‘loud’ and ‘shouting’ emphasises the loss the speaker is experiencing in her hypersensitive state.

Some brief poems such as “Sombre Sands” and “Vignette” are intriguing glimpses into a failed relationship and convey conflicting emotions in a short space. The speaker in this pamphlet is a survivor and uses her intelligent humour to steer her through life’s difficulties and challenges.

My favourite poem in the pamphlet is “Tuesday”, a triumphant celebration of the narrator’s energy and defiance in the stuffy confines of an educational establishment.

She shakes the failed academics’ gold stars ‘into new constellations’, a lovely image of rebirth and aspiration. Later on:

The Symmetry of Folklore has variety, humour and poignancy. I thoroughly enjoyed reading the poems and am looking forward to hearing more from Donna Irving in the future.