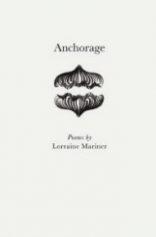 At last! Since her second collection – Let there be no more nonsense (Picador, 2014) – Lorraine Mariner’s poems have appeared intermittently, in magazines, but there has been nothing substantial. Now this pamphlet brings together a set of poems centred on her family that simultaneously confirms the continuity of her distinctive voice and also reveals a shift towards more overtly personal poems. Readers familiar with her two full-length collections, as well as her Rialto pamphlet, will be aware how much has changed in her work.

What makes her poetry so distinctive? She can take the everyday and mine it for surreal humour; she is a watchful, inquisitive observer, with an apparent simplicity and directness; she can spin stories in first person narratives, half-questioning, that are never quite ‘personal’; she can write in the second person (that self-reflective ‘you’) that’s never quite ‘personal’ either. She can manage to be both inside and alongside her poems, as though she, too, is eager to be surprised at how they will end. She’s hard to pin down but recognisably individual.

Anchorage brings this enquiring voice directly into her own life and family history. In the opening poem she enters the subject slant, via the second person. In the three quatrains of ‘When You Meet Your Second Cousin’ she is effectively standing to one side of the action, questioning the etiquette of offering to pay for petrol and the airport parking ticket before acknowledging: ‘He is not collecting you.’

This hiding inside her grandmother’s story, and that of other emigrants who become UK immigrants, allows Mariner the perspective that suits her best: self-effacing and un-showy. In terms of the pamphlet it makes the following poem – and its unexpected revelation – all the more startling. Subjects she has previously touched on indirectly are now in plain sight. ‘The Quintessential English Family at Sunday Lunch’ – a significantly ironic title – is her family and upbringing, told in ten sections across four pages—

Almost a fairy tale opening, as though the search for her ‘true name’ is a quest. But we have already been given the (metaphorical) key unwittingly, in the pamphlet’s dedication: ‘For my uncle, John Thalassinos, who kept his name’. To find employment, ‘… my father hid our name/ and found us an acceptable one.’ What this means is a name that didn’t say ‘Foreigner’. Note that carefully-placed ‘our’, that ’us’; it’s a whole family being changed, and Lorraine Mariner was four when she acquired her ‘pretend name’. She can be typically self-deprecating about this, softening it with a twist of humour—

A name change has implications: ‘But what is worse is knowing/ that my true relations/ will never be able to find me.’ We’re back with ‘true’: the ‘heritage’ lost in a name change – unless the present generation can discover how to make it new. For Mariner’s sister it’s marriage to ‘… a man who has given/ her back her heritage.’; for Mariner herself it’s exploration of family history, and maintaining it, along with contact with her ‘oldest friend’, one who remembers her original name –

Her father has appeared in different (but always protective) roles in previous collections but here he is himself. I wonder if his death allowed this new openness in her work. In this poem he’s addressed directly, at the start of three of the sections. His mother was Irish—‘My grandmother,/ who married the name,/ taught me how to spell it.’ Calling it ‘the name’ gives it solidity, a physical weight, despite its non-appearance in any of these poems; it’s an elephant in the room.

This grandmother, ’Grandma in London’, is celebrated in a long, gloriously-detailed, affectionately funny poem, written in loose fold-over lines that in places give it the appearance of a prose poem. Formal variety is one of the pleasures in Anchorage; here it mirrors the generously-loving woman who adored her grandchildren and whose relish of film and reading shaped their lives.

Families are rarely as they seem, and it’s not only names that hide. ‘I have met your secret children, fathers unknown. We have blamed/ The Blitz …’ introduces a wider set of relations for Mariner to cherish. Her own life weaves in and out of this bigger picture –‘… in some respects … a disaster’ and her day-job as a librarian ‘…locking up the library/ when everybody else has gone home’. She recognises the shyness inherited from her wonderful grandmother –

A sea-faring verb, ‘navigate’. The title, Anchorage, does not appear in any poem but covers the feeling of security, of finding a safe harbour, that moves like a current beneath these poems. The closing poem, ‘Little Anchor: for Sofia at two weeks’, is for her sister’s daughter, the newest addition to ‘… the leaky vessel/ of family.’ We’ve met her before, with this Greek spelling—

There’s no escaping the difficulties associated with names.

Mariner acknowledges a grant from The Authors’ Foundation, enabling her to travel to Tarbert (Ireland) and Kymi (Greece), the birthplaces of her father’s parents. ‘I would say’ reads like the bubbling conversation across a restaurant table, connecting her tastes to Greek flavours, with the repeated colloquial ‘I would say’ opening the sentences as though it’s the one phrase she is confident with, the way some of us cleave to what little we know of another language. The ending hints at this –

All the eagerness of wanting to belong and self-awareness of not-belonging come together in that final image.

The Irish relations, perhaps, are easier to connect with. There’s the shared language, the half-recollected family gossip, the familiarity of graveyards –

This poem (‘The Resurrection, Tarbert’), coming near the end of the pamphlet, is a shy glance back to the opening poem, where Mariner has first sketched in these family members. Her poems connect across the pages exactly like members of her extended family; it is for the reader to make the connections.

A pamphlet is the perfect length for these poems, holding them close to each other. The politics around Brexit slip in – these are, after all, poems written in the last five years – and Mariner can’t keep her imaginary life entirely out of the frame, allowing ‘My American Boyfriend the Movie’ to play with a typically-alternative personal history. Re-reading her two collections in the light of this pamphlet I’m struck how much more I see in them. The two poems written ‘after Cavafy’ in There will be no more nonsense are forerunners for ‘The City’ in this collection, where she can now write ‘From the Greek of Cavafy’ as a subtitle. The father-figure from the previous collections is no longer half-fable but fully realised; her inventiveness has sprung from the inner collision of a ‘true name’ and a ‘pretend name’; she is scrupulous with language because when you have to learn a new name you have to learn precision. This is one person’s family, but Mariner brings her lightness of thoughtfulness (to borrow Italo Calvino’s phrase) to universal experience.

Anchorage is a collection well worth the wait.