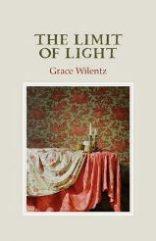 Before commencing this review, I feel I must provide the reader with some necessary disclosure. Grace Wilentz, the author of The Limit of Light, was a classmate of mine at the summer writing school offered by the Seamus Heaney Centre for Poetry at Queen’s University, Belfast, in 2018. Indeed, three of the poems included in The Limit of Light were ‘workshopped’ (if that truly is a verb) during our sessions there, alongside works-in-progress brought to the sessions by all other participants, including me. We were incredibly fortunate to have been guided through the exercise of giving all of our poems close and nuanced readings by the acute eye and well-tuned ear of Doireann Ní Ghríofa—the SHC Fellow who took primary responsibility for mentoring our tiny group of nine aspiring poets.

Frankness and candour are expected from all participants at the Seamus Heaney Centre’s writing programs and I can say that in 2018 (as, I am sure, has been the case in all other years) that expectation was fulfilled, absolutely. The writing school presents an immersion experience quite unlike anything I have ever encountered. It gave all nine of us, including Grace, an opportunity to profit from the always respectful, always constructive, but sometimes hard-hitting observations volunteered by our classmates and our mentors (who were, alongside Doireann Ní Ghríofa, the late Ciaran Carson, Edna Longley, Leontia Flynn, Stephen Sexton and Gerald Dawe). That opportunity was seized upon enthusiastically by everyone in our 2018 group and I believe we all emerged from the crucible better poets for it.

Now. Does this past connection with Grace render me incapable of bringing the degree of objectivity to the task of reviewing The Limit of Light that readers of London Grip expect and deserve? I don’t believe it does (and if I did, I would not have taken up the assignment). But whatever I may think, readers of this review are entitled to know of the connection so that they can decide for themselves whether my assessment of Grace’s first book of poems reflects the required degree of detachment and brings sufficient, independent analytical rigour to the task.

So, now to business.

Grace Wilentz has, since early days, been very active—both professionally and as a volunteer— in promoting feminist social causes. She has worked with multiple NGOs, the UN, Together for Yes and Amnesty International. Clearly, she is a woman of many accomplishments, a highly developed social conscience and immense energy and drive.

Remarkably, despite being actively engaged in the drama of fostering progressive social change—with all its crosswinds and its alternating moments of despair and triumph—Grace has stayed fully grounded. She watches and listens to the world, often in miniature, and because she does, small but vital pings of epiphany do not go unnoticed. Rather than being drowned out by the clamour of her busy working life, those moments of insight are noted, sometimes savoured and, ultimately, distilled into poems like those gathered between the covers of The Limit of Light. This book teaches the reader (including the busy reader) to pause, observe, consider, relish where appropriate (and strive better to understand where not) the apparently insignificant elements of life’s passing parade so that their true significance can be appreciated and their lessons can be learned.

This is not entirely new. We know that Zen masters have been urging that kind of refined vision upon the world for millennia. Nobel laureate Alice Munro rooted the profundities that emerge from her short stories in the everyday affairs of ordinary people in small-town Ontario. Over time she acquired a readership that circles the globe. As William Carlos Williams reminded us long ago, ‘so much depends / upon // a red wheel / barrow // glazed with rain / water // beside the white / chickens’. Indeed so. But although we know these truths, we cannot be reminded often enough of them.

What readers can expect when they settle in with The Limit of Light then is an almost immediate calming. Grace Wilentz’s writing temporarily extracts us from the harried jet-stream of modern daily life and brings us gently down to ground where seemingly small things are not small and where, as Blake taught us, one can truly ‘see a World in a Grain of Sand’. As she puts it in ‘Last Look’:

Of course, what comes to be examined at close range under Grace’s loupe does not always bring comfort (though often it does); but where what is examined in this way unsettles, it does so for a purpose. Either way, the depth, breadth and infinite complexity of the skein of human experience are all brought into clearer relief as a result of the exercise.

In her poem, ‘The Deal’, Grace’s seven-year-old self ponders the strands of human and geological history that link the pumice stone which her mother uses to ‘…rub / her yellow calluses / smooth’, to the eruption of Mt. Vesuvius—an event that robbed the world of Pliny the Elder and 16,000 other souls. She wonders then about the people ‘turned / into sculptures seared / and sealed in ash’, only to conclude:

This certainly is Blake’s world, and some of its grimmer truths, seen in a grain of sand almost literally by an acute yet remarkably youthful observer.

‘Doodles’ figuratively draws for the reader something that is described in the first line as ‘A picture of time wasted’. What emerges by the end of the poem is anything but. Two lovers—seated opposite one another at a kitchen table—begin to doodle rather aimlessly on a Hershey wrapper, a newspaper, on whatever bit of paper that happens to be close to hand. Their individual efforts gradually begin to merge and build on each other.

The doodling continues with humour and, eventually, the poem concludes, as does the doodling, with a tender expression of love and a meditation on its possible impermanence. Thus,

I was often struck, while reading Grace’s debut collection, by her ability to capture and convey the starkness of human experience—of death as felt by a child, for example—through spare but arresting imagery. We see this in ‘Pretending to Say Goodbye at the Village Temple’, a poem written in the first person about the funeral of the narrator’s father. Grace manages to get across the twin poles of numbness and horror, and as well the subjective sense of a premature loss of innocence that follows when such a tragedy occurs early in life. She does so in a few powerful and deftly executed lines. Standing within what she describes as the other funeral-goers’ ‘circle of sighs’, the child becomes aware that:

Most readers, I expect, will be brought up short by the line that refers to the lifting of the coffin lid—and especially by the line’s ending where the words ‘and then’ are followed by that full colon so richly suffused with portent and dread. This poem stays with (if not haunts) one long after The Limit of Light is put gently down.

I could go on, but every reviewer must stop somewhere. Before closing, though, I do want to make mention of ‘Summer Accomplishments, After Death’. It is a short poem and deserving of being set out here, in full:

‘Summer Accomplishments, After Death’ was one of the poems that Grace brought to our class at the Seamus Heaney Centre for ‘workshopping’ in 2018. I well remember the hush that settled upon the room when she read it aloud. It was plain to us then that ‘Summer Accomplishments, After Death’ came to the summer school fully formed (as did Athena from Zeus’s head). To borrow some fragments of Grace’s language from another poem quoted above, there was no need for the ‘pumice stone’ of insightful criticism to improve ‘Summer Accomplishments…’; there were no ‘yellow calluses’ in the writing that needed smoothing away. The poem was, and is, a work of utter, wistful, melancholic perfection. Comparing the version of it which we all mooted around our big table in Belfast three years ago to what appears in The Limit of Light, I was grateful (and relieved) to find that not a word, not a space, not a comma and not a caesura has been changed.