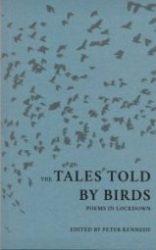 POEMS IN LOCKDOWN: Merryn Williams looks at two anthologies of poetry written during a pandemic year

The plague of 2020 has been, and will be, memorialized in countless poems in all the languages on earth. I get the impression that fewer people in 2021 are writing poetry about lockdown and corona virus, but hundreds of thousands of such poems now exist, and we don’t yet know which will survive. Some anthologies appeared last year, in book form or online (see especially Manchester Metropolitan University’s vast ‘Write where we are now’), and they will certainly go on appearing. Books of World War One poems still get published, a century later, and I’d like to draw particular attention to the late Vivien Noakes’ Voices of Silence: The Alternative Book of First World War Poetry (2006), which excludes the great poets in favour of the ordinary person who scribbled down some unremarkable lines saying what they thought of the catastrophe.

Like the world wars, this pandemic has affected everyone, but not to the same degree. There is a difference between the person who is annoyed by being unable to go on holiday and the person who has come face to face with death. The poems I have seen are not written by key workers, who are far too busy. Too many are by healthy people who are staring out of their windows in lockdown, feeling frightened or bored. Separation from families, sometimes a husband or wife in the same house, is a constant theme. So is admiration for the NHS, and contempt for our rulers, and for people who put others at risk. Some have written about having the virus, and about being bereaved by it – but most of us, thankfully, haven’t come that close. Many poets realise that there is a wider threat to the planet, and that for too long we have meddled with nature in the wrong way.

So here are two short anthologies, both from the year which has gone. Tales told by Birds is an ‘Anti-Covid Project’, written by members of Poetrywivenhoe over fifty days starting in February 2020. It’s a strange feeling to read them and remember the things we were doing twelve months ago, and reflect that now we’re in lockdown again. These poets were doing their best to cheer themselves up (most but not all are about Covid), and indeed some of them, Brian Ford especially, are very funny. ‘Gorgonius’ reflects in March that ‘it could take another half year’. As the crisis deepens, the mood darkens:

Philip Terry reconfigures Auden’s ‘Gare du Midi’ in ‘Untitled’, where an air traveller ‘walks out quietly to infect a country/whose terrible future may have just arrived’. And there are several other good ones, but the standout is Donall Dempsey in the poem which gives the book its title:

‘Not just Europe’ is another fine poem on the same theme, by Peter Ualrig Kennedy, who had the idea for the collection.

Pestilence is a collection of poems and images by fifteen artists, published in summer 2020. It begins with a short poem by Moyra Donaldson, ‘So what if we break them’:

Accompanied by an elegant drawing by Kate Munro, this poem and others declare that it’s important, however trivial the gesture, to fight back. Meanwhile, others, having got used to travelling the world, detest being in quarantine (Joseph Woods, ‘I might as well be staring upon the ice sheets of Antarctica’), and depression is never very far away. Small acts of kindness help, and so does contact with nature, but the fears return at night, and Lesley Saunders (‘Of Pangolins’) has a bad dream about the beast which was supposed to cure illnesses of in mothers and children, but which probably started the pandemic:

Another remarkable, even mesmerizing piece is ‘Outside the Columbarium’, by Jane Draycott :

Why blue? Well, it’s the colour of depression, it’s said to be the last colour seen by the dying and it’s the colour of water which comprises seventy per cent of our bodies and of the planet. The message coming from many poems written in this unforgettable last year is simply that we have been too complacent and now we’re being overwhelmed.