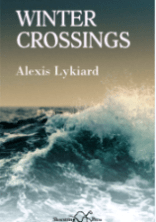 Here are two excellent collections from the admirable Shoestring Press, which keeps going as normal through pandemics and lockdowns.

Clare Brant, who is an authority on eighteenth-century literature, has described elsewhere how she was burned out of her house some years ago. Unsurprisingly, her work is much preoccupied with a search for stability, and one piece, ‘Everywhere Homes are in Chains’, illustrates fifty-six different uses of the word home – e.g. ‘homebody’, ‘homely’, ‘homesick’, ‘homeless’. Grenfell Tower, in the poem of that name, is another home which burned down. And ‘Main Engine Cut Off’ is also very sinister; it reveals, what some of us didn’t know, that astronauts are told to write cards before they take off into space in case they never come back. This is a splendid chilling poem which begins ‘Dear World if you read this / you will know…’ and presents two possible scenarios

or, on the other hand, more gloomily

Each hypothesis provokes a different perspective on what it will be like for the astronaut to come back.

Admirable too is a long poem, ‘Chronicles of Horse’, which considers man’s dependence on the four-footed tribe and the way these creatures are presented in art. Brant’s conclusion is that we romanticise horses – ‘paint tells terrible lies’ – and treat them badly:

This is undeniably true.

Alexis Lykiard, who came as a child to England from Greece, is eighty this year, and several of the poems in this collection are about mortality and ageing. They are usually quite short and have complicated rhyme schemes, like the unconventional sonnet ‘When you are old ….’ (the ‘you’ means ‘I’):

Alongside this well-crafted piece it has to be said that some of the poems in the collection are quite slight. But ‘Ballad of B Movies’, which uses black and white films as a metaphor for the universal fear of the unknown, is superb. It begins

We are all, I suppose, feeling more frightened in the days of Covid, but this poet obviously does not mean to go gently into the night. Let’s all hope that if we live to be eighty we can write like that. Shoestring can be proud of its newest books.