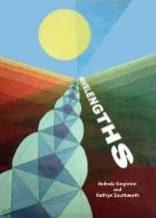 Poetry review – WAVELENGTHS: Carla Scarano browses a collection in which the two voices of Belinda Singleton and Kathryn Southworth speculate on scientific phenomena

Belinda Singleton and Kathryn Southworth are two distinct voices that interweave and enhance each other in their short collection Wavelengths. Their conversation about sound and light and other scientific phenomena, such as atoms and radio waves, connect to ways of thinking about and perceiving the world around us and beyond. In fact, as stated in the dedication, the word “wavelength” also means ‘a person’s way of thinking when communicating to another’ (according to the Oxford English Dictionary). The poets explore light, space and time from a poetical point of view in impeccable and evocative lines that have unusual angles, unexpected imageries and ironic undertones. Language is the means to explore and understand both tangible and abstract entities:

Stories make the universe; they fill and shape the nothingness that seems to pervade our experiences. Atoms are described as ‘free particles’ which ‘intersect – exchange messages’ (“Everything is made of atoms”, Kathryn Southworth). They are crucial to our making sense of our lives in a balance between light and darkness, life and death:

The blue of the sky, symbol of the purest light, is investigated in interesting lines that connect space and time, linking the contingent to existential issues in a correspondence of sensations:

Significantly, Singleton’s poem concentrates on visual images, on colours that emphasise our limited vision, as we cannot perceive all the hues present in nature; but it also opens up to possible developments in the sphere of light. Southworth’s poem, on the other hand, connects the universe with the tangible experience of Chartres’ stained-glass windows. The experience of the blue is therefore mediated by the everyday and, at the same time, has a wide angle, so there are almost infinite possibilities of perceiving the blue.

Throughout the collection, the poems disclose the fluid condition of reality where ‘distances separate/then merge’ and ‘Yet still between shadow and light/lie places between particles’ that talk to us ‘of the weather and home’ (“Between’ and Twilight”, Belinda Singleton). This is also a place of loss and gain, of ambivalence, where the relentless exchanging of messages seems to be central:

The last poem of the collection, “A Perturbation of Light” by Kathryn Southworth, reaffirms the main themes in deft lines that connect fascinating ordinariness with the universe. It emphasises the importance of the mundane, which is connected to a broader view. This view encompasses the essence of being human, from matter, that is, the atom, to the abstract entities of light and sound. They are in a relentless conversation where communication is central:

Poetry allows these connections, these shifts of meaning and openness to wider spaces that can be transformed by a butterfly. And yet we might just be ‘a perturbation of light’ – interestingly, this is not followed by a question mark. This evocative and striking image closes a collection which offers the reader stimulating perspectives in the alternating messages of two compelling voices.