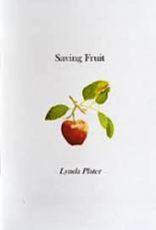 Lynda Plater’s second pamphlet draws its inspiration from family history on the coast of Lincolnshire, from Great-Grandad George, the cockler and market gardener (1858-1942) through Grandad Sid, soldier and market gardener (1895-1951) to Mam (1923-1971). This strongly visual pamphlet shows the struggles of earlier generations trying to make a living in an often hostile environment, where hard physical labour was the norm.

“Great-grandad at the cockle bed, 1910” creates a picture of the experience of the cockle industry over a century ago. George rakes the cockles by hand:

He relies on his horse and cart to help with the work:

On the journey home:

There is the business of unloading and preparing the cockles:

This beautiful, vivid snapshot of a long-past way of working has the authenticity of a Sutcliffe photograph. The writing takes the reader into a world of long windswept beaches, harsh easterly winds and hard physical labour.

Great-Grandad reappears in “End of a Living, 1931”. The poem marks the end of an era for the family. We learn:

The horse, which drew the cart all these years:

Great-Grandad kneels by his dying horse:

We are not just witnessing the death of the horse here. The loss devastates Great-Grandad George too:

It would be easy for this poem to fall into sentimentality, but the precision of focus and sharpness of the writing avoids the danger and once again we have the crystal clarity of a photograph recording not just a death, but the passing of a way of life.

The next generation features Grandad Sid, soldier and market gardener. We first meet Sid on service in Palestine in 1918, remembering home life, and a year later in “Sid’s first days of leaving Palestine, 1919”. After a choppy journey, Sid returns home, a changed man, feeling a stranger in his family’s world. His mother threw wet arms round him:

The experience, the inability to talk about his wartime experiences overwhelms Sid:

The memory is impossible to forget:

This is no romantic way of life. Sid’s hands are paying for a lifetime of manual field labour:

His wife washes the cuts, binds and poultices the fingers with comfrey and dock leaves, but this is temporary respite:

The last two poems look at the wildlife of Lincolnshire. In “Rooks in winter”, Plater creates a strong image of the busy blackness of rooks, filling the air:

“Gather”, the last poem, describes the countryside after ploughing and has a timeless quality. “Now fields are ploughed / in lines of brown corduroy”. The hedges are bare except for “a twine / of sloes like tiny buttons / on the boughs”. The characters in the poem have come together to see the starlings gather in an autumn murmuration. They

and all too quickly:

Saving Fruit creates a vivid and memorable picture of life in rural Lincolnshire in the first half of the twentieth century. Plater captures the wildlife, the landscape and the lives of the people living and working in it with a pictorial, almost photographic realism. She has the ability to transport the reader back into the past through her spare imagery and simple language.
.