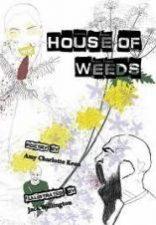 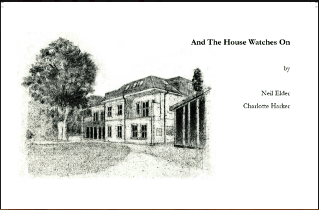 Two poetry collections inspired by houses, both illustrated. They are very different in style and content, yet I thoroughly enjoyed both. As the philosopher Gaston Bachelard says in his book Poetics of Space, the house is a world in itself which furnishes us with dispersed images and a body of images at the same time. It is shelter, memory, dream, each room being both personal and universal.

In his delicate pamphlet The House Watches On, the poet Neil Elder is inspired by West House in Pinner Memorial Park, Middlesex. He has lived nearby for most of his life, and explores the history of the house and grounds, from its beginnings as an affluent family home to becoming a Memorial to the village’s war dead, followed by a shift into disrepair and ruin and then a recent resurrection as hub of activity with a thriving café and gallery dedicated to the artist and inventor Heath Robinson.

Elder’s poems alight on small moments; glimpses of lost lives suddenly reveal themselves like moonlight falling into the corners of an empty room.

The illustrations by the artist Charlotte Harker (who also lives close to the house) are black and white drawings and monoprints and have the ghostly feel of old photographs. We see the house boarded up and silent, a vase of poppies, a Victorian family staring out, bleached by sun and time, on a hot day in August.

I felt a shiver when I read that and looked at the image opposite. This is work that is genuinely haunting.

The same lake appears later in the poem “Ice”, where past and present come together on a cold winter’s day.

This is the same lake that Miss James toppled into – remember? Can you hear her laughter?

Another haunting poem is “Horatia’s Stillness”.

I won’t give the answer away here!

Elder also shows us glimpses of the house that remembered the dead of the First World War and then became a ruin, that other young men broke into to smoke and drink. Its garden is a hiding place for two children from different times. 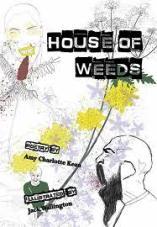 On the other side of London, the same Blitz appears in Amy Charlotte Kean’s House of Weeds. Here the poet tells us about two unlisted buildings In Peckham, long since gone after being bombed ( with no survivors) . Between 1879 and 1941 they were dwelling houses for 47 displaced individuals, outsiders and rebels. They grew like weeds, wild and unorthodox, but nothing is known of their lives, and all that remains are the wildflowers that appear in this book.

A fascinating and intriguing story. But is it true? Kean teases us with a mix of fact and fiction. The poems are all named after the weeds and wildflowers and Kean has personified them, so they appear as part plant, part human. This is energetic, wild, vigorous use of language. Uncompromising and outspoken, Kean gives us glimpses of the inhabitants who once lived in these strange, unfettered houses. The illustrations by Jack Wallington run rampant over the pages, inky outlines with splashes of colour. Flowers become faces and stems emerge from bodies. They interweave with the poems so that word and image become one. Sometimes the shape of the poem embodies the shape of the plant, sprouting from the page low and knotted or tall and thin, as well as in more traditional stanzas or chunks of text, like flash fictions.

I loved “Dipsacus fullonum (Teasel)” for its theatrical ferocity.

I am reminded sometimes of Alice Oswald’s poems in her (also illustrated) book Weeds and Wild Flowers. But there is an anger here, a youthful rawness, as in “Allium vineale (Crow Garlic)”.

Or this from “Soleirolia solirolii (Mind Your Own Buisness)”

Kean can also be gentle and lyrical, channelling the romanticism of Wordsworth, as in “Ranunculus acris ( Meadow Buttercup)”

These are not gentle musings on nature: they are poems that push out of floorboards and pavements, demanding to be seen and to tell their stories.

I shall leave you with this clipping from “Jacobaea Vulgaris (Ragwort)”