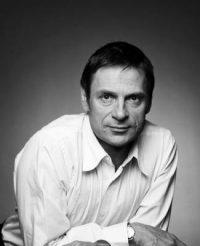 Simon Keenlyside
From a Welsh Mountain, as part of the Grange Park Opera online Found season.

An unexpected joy of lockdown is seeing world-class performers in their natural habitats.

Habitat is the apposite word for Simon Keenlyside, who read zoology at Cambridge before focusing on his operatic career and who describes a love of nature as “the marrow” of his existence.   He looks to music for its validation.

Stripped of the sophistication of the opera house, we experience directly the purity of Keenlyside’s perfectly honed baritone.  It sounds effortlessly natural, as he sings and talks his way through the flora and fauna of his farm in Wales, delivering a whimsical lesson in natural and musical lore.

There is an undercurrent of melancholy, or perhaps just wistfulness.

Whatever it is, it approaches anger in an ash dieback leitmotif and moves closer to an acceptance of the order of things in a broader exploration of folk wisdom and natural science.

John Ireland’s setting of The Three Ravens, which couches pain, death and renewal in gentle harmony, accompanies us and Keenlyside on this walk through his windswept Welsh land, a home shared with Europe’s second biggest bat, tawny owls, woodpeckers and delicate but tough wild orchids that out-compete grass.

As part of his survey of the properties of trees, Keenlyside recites a poem found in a pub wall in 1988, which he tried and failed to set to music.  Back to the leitmotif, ash, young or old, emerges as the best for burning, or “fit for a queen with a crown of gold”.  As a result of dieback, Keenlyside tells us sadly, he has enough felled old ash for several lifetimes of wood fires.

The feeling of time’s passing inherent in nature leads naturally to a rendition of Percy Grainger’s A Sprig of Thyme, which Keenlyside, harmonious in a green waistcoast and a hint of yellow socks, performs against the backdrop of his very fine five-bar gate and a laburnum tree, dripping in gold.

He then concludes his celebration of his twin passions of nature and music with Schubert’s An die Musik.

Reunited with the nature he misses when touring the world, Keenlyside tells us he is singing Schubert’s anthem to the art of music without any sense of melancholy.  It’s so fulfilling and grateful, I’m willing to believe what, particularly at the moment, is an impressive claim.