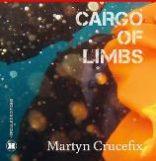 Poetry review – Cargo of Limbs: Nick Cooke considers a powerful chapbook by Martyn Crucefix which focusses on the plight of refugees

Martyn Crucefix’s book is in fact a single poem (making the £10 price arguably a little steep), which focusses on the plight of contemporary migrants/refugees from war-torn countries trying to reach the supposed sanctuary of Europe. It is based on Virgil’s famous descriptions, in Book Six of the Aeneid, of underworld journeys along and across the various infernal rivers.

It perhaps provides a particular, if unwitting, context for – or even, almost, a parallel-universe reflection on – our current images of hell as they relate to Covid-19, and the most extreme manifestations of its appalling legacy, such as New York’s mass graves and trucks filled with overflowing corpses. Those of us given to bemoaning our locked-down lot may wish to consider the degree of feasibility involved in attempting to enforce a two-metre gap between occupants of a dinghy, which for its rapacious owners would be uneconomic to launch were it not packed beyond capacity. As has been pointed out by those reporters open to a wider perspective, for so many of the planet’s inhabitants social distancing remains a luxury that simply cannot be afforded. Crucefix’s poem brings that fact home as starkly as can be imagined.

The title cleverly and hauntingly fuses the commercial and the human, while pointing to the fact that the human element has in fact been de-humanised, in a bedraggled metonymy, as if the people involved were reduced to a scrum-like entanglement, suggestive even of dismembering. That sense of violence soon escalates as the poem gets into gear, and Crucefix, with an almost gnomically laconic touch, sketches a world from which anyone, of whatever background or culture, would want to flee. Making sardonic use of the usually nostalgic phrase ‘like old times’, the opening lines feature an adroit double use of short defining relative clauses, in alluding to a chain-reaction of misused hierarchic authority, a brutal pecking order where the bottom rung aren’t really alive at all –

The scene-setting replacement for Virgil’s Styx, the ‘blue-black seethe / of the Mediterranean’, is soon recast in more direct terms – ‘dark places of blood- / blackened water’ – even though the speaker himself succeeded in ‘dodging smacks of snipers’.

That vocabulary of death-avoidance, either though luck or privilege, continues as if it constituted the only light in the darkness, with the speaker

The enjambement between the stanzas nicely captures the tense pause before the threshold leading to the scene of an attack is warily traversed.

However, not all is at a standstill, because elsewhere death and grief are all around. Early on, a ‘blitzed forest’ is being explored by two men, presumably the journalist and photographer whom Crucefix in an afterword establishes as the narrators of the story. A mother is seen ‘grieving / her child’s butchered parts’ as she ‘pummels her breasts’ in agony; the child’s death may well have been caused by chemical weapons – ‘on his cheek yellow dust / of poison breeze running / into the trunks of trees’. The forces driving people from their homes show neither respect nor mercy to either end of the age spectrum, though the youngest may have more chance of being smuggled out than their grandparents:

But the young are also more vulnerable to other forms of coercion and abuse, so that the word ‘forced’, perhaps meant initially as a mere synonym for ‘compelled’, later takes on the full horror of T.S. Eliot’s ‘so rudely forced’, in ‘The Waste Land’:

Crucefix is especially adept at this form of poetic shorthand, flinging down these passive past participles like bloodstains in the snow, which will, to quote Eliot again, ‘echo, thus, in your mind’ – ‘blitzed’, ‘forced’, ‘bestialised’ ‘groomed’. Later in the poem there are fewer of these, as the feeling of hope for those who have made it to the boats starts to swell into something approaching optimism, and the tone acquires a hedging, almost soothing serenity, such as when a figure termed ‘the guardian of the crossing’ appears:

Granted, this new Charon is in fact an unscrupulous people smuggler, rather than a protective ferryman; but from another viewpoint he represents these people’s only way out, and in those terms the ‘buoyancy’ is a true indicator of their mood, as well as the boat’s chances of surviving the voyage. But the poem grows in interest as the physical drama fades and the moral ambiguities proliferate. Through the mind of his journalist, Andras, Crucefix questions the basis on which some, ‘the lucky hundreds’, gain access to the dinghies while others are left behind, as if the survivors may themselves be tainted by their (relative) success in ‘the night’s mad scuffling / across the beach’, given that this is based on payment:

And right at the end there’s an issue about differing values embodied by the journalist and the photographer. The former is more genuinely concerned with investigation, and with trying to help the victims, while the latter is more in it for the saleable images:

We are left wondering whether, if we had the choice, we too would dash that camera to the earth. Or would we instead decide to let the photographer continue shooting, whatever his motives might be, given that the resultant publicisation of the victims’ plight is likely to lead to more positive outcomes than the lack thereof?

In his afterword, Crucefix makes clear he hopes the readers faced with this question include those in positions of political power who have some bearing on refugees’ acceptance in or rejection from their destination countries. Readers of this poem who share its deep sympathy with the plight of people desperately fleeing for their lives will doubtless hope so too.