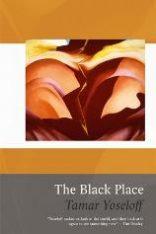 Poetry review – The Black Place: D A Prince finds that Tamar Yoseloff’s latest collection contains poetry which catches and reflects the mood of our times

Poets reflect the mood of their times most effectively when they catch the undercurrents and uncertainties, finding connections which link them to a wider world. In The Black Place, her sixth collection, Yoseloff explores the bleakness of change and loss, joining them to the visual artists who speak most profoundly to her perception of Britain as it approaches 2020. Alongside public and private trauma is a recognition of how the post-Referendum mood affects our times.

Underneath the parallel contemporary events from her own life (a cancer diagnosis and the Grenfell Tower disaster of June 2017) are references to paintings by Georgia O’Keeffe whose ‘Black Place IV’ provides both the title poem and the cover image. The landscape, elemental and with no human life, has shadows and doesn’t yield its secrets easily; that is its appeal. Yoseloff draws out the connection between the painted place and her ‘real’ place — discomforting in its honesty:

‘The Black Place’ is the final poem, one which confirms that the collection will offer no soothing consolations, only the reassurance that if we, individually, are chilled by some of our possible futures then we are not alone in feeling this.

The collection is written within the time frame of cancer of the kidney, its diagnosis and treatment. It’s there from the first poem, ‘The C Word’, the poem in which Yoseloff states her aim: ‘To be blunt.’ The collection is divided into four parts by the positioning of the three ‘Redaction ‘ poems, poems which make loss visible by redacting most of their text so that the page is predominantly black, with only a few words — survivors from text taken from Understanding Kidney Cancer, published by Kidney Cancer UK — appearing out of the darkness. This works in its simplicity. These poems show; they don’t need to explain anything.

Although cancer is there at the outset the collection circles its subject, building up varieties of loss and images of despair. In ‘Alice in Hell’ the rabbit hole of Alice in Wonderland becomes ‘a throbby gullet’ like a CT or MRI scanner operated by malevolent animals; in ‘Anti-Midas’ we confront the archetype of capitalism: ‘Everything he touches turns to shit’. The tonal register is grey/black, as in the first of the O’Keeffe-referenced poems ‘Train at Night in the Desert’

It’s an image simultaneously familiar and disturbing, and others follow: a house filled with the trophy skulls of hunted animals, an archaeological site filling with plastic bottles and Coke cans,. In ‘Emoji’ the poet ends ‘I dream/ of grey, or urban sprawl, in all/ its stupendous misery.’ These are poems which should be read in the order in which they are printed, to absorb the accumulation of unease and sense of a broken world. There is no escape, not even to a ‘Holiday Cottage’ in its rain-drenched reality —

It’s a metaphor for England, now, reduced to a ‘knock-off Hay Wain/ hung crooked over the hearth’. It doesn’t need a specific location, nor do other poems; they work at the level of emotional connection when, for example, we recognise the bleakness of a sleepless night, whether in hospital or at home. A poem like ‘Night Mode’, with its short lines in triplets as though existence is shrunk back to its essence, is universal in its feeling of helplessness and lack of autonomy.

Incorporating other artists and their works keeps these poems looking outwards, beyond the immediate personal concerns, even when illness is haunting the edge of the poems. Yoseloff engages widely and often without placing the artwork in the foreground; her brief and helpful notes point to works and artists that have inspired her poems. ‘Inspired’ is her word for this, keeping the idea of inspiration current; I find it encouraging to see the power of art and its influence acknowledged, as well as seeing in her poems the ways in which artworks can inform a poem — and the imagination of the poet — without being immediately obvious. Her notes show her breadth of interest and curiosity — Tacita Dean Cy Twombly, Otto Prinsen among others. Online searching takes me on, to follow Yoseloff’s leads; it’s not essential to a reading of the collection, of course, but the way she incorporates the visual works, lightly, intrigues me.

The first three sections, their poems circling around the subject of cancer and the poet’s wider world, are a preparation for the long sequence ‘Cuts’, plus the title poem, that occupy the whole of the fourth section. Here only one word is left in ‘Redaction 3’, the same word repeated eight times: ‘blood’. The shock of diagnosis (‘carcinoma —/ the word a missile— ‘)and the realisation of what will be required in the treatment is shown in the syntax of the opening poem, where there is something both distanced and cautious in how the word is put into context.

And where is a poet if not in the paper of books and print? Outside the hospital there’s more ‘paper’; public news, and a disaster: ‘… the Standard blasts/ Inferno — a tower fixed in flames.’ Grenfell Tower burned on 14 June 2017. During the next days these two events run in strange parallel as the radio delivers clichés that apply to both: ‘a ticking time bomb,/ a tragedy waiting to happen.’ While the radio and TV news probes the details (‘We’ve all become experts on cladding’) the poet has to probe (metaphorically) her own state of being: ‘I want to be all surface, nothing deep.’

Thirteen poems, all in the same fourteen-line format which gives a unity without constricting the poems. These aren’t sonnets as such, and the structure only reveals itself if you look underneath the surface of the meshed subjects; given the powerful nature of cancer and Grenfell Tower, and how words might cope with the horror of both, I would expect most readers to be held there, reading across the poems. The subjects overlap, moving towards the death of the photographer Khadija Saye in the fire, and the unnamed victims and their final texts. Below this runs the poet’s unanswered question ‘How can words ever mean enough?’

Perhaps The Black Place goes some way towards answering that question. Yoseloff has listened to voices other than her own, has caught their words and made poems that help us remember.