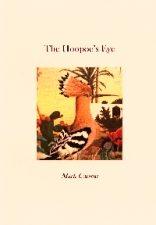 Poetry Review – The Hoopoe’s Eye: Neil Curry is impressed by the poetry that Mark Carson has made out of a real-life disaster

Once upon a time, Mark and Jane Carson had a house in Southern Spain to which, when they chose, they could retire and live a life of ease and contentment; a life such as was epitomised by Fray Luis de León in a poem beginning:

But then there was climate change. Rain fell, disturbing the River Guadiaro. It got up out of its bed and came visiting. Their house was not only flooded, it was swamped, engulfed and inundated, waterlogged and mudbound – in fact totally discombobulated. And these poems tell us how it happened, how they coped, and how they came through it all and won.

And what fine poems they are – real poems too, with a strong sense of rhythm. This is particularly so in the opening poem which describes the flood waters with a series of anapaests no less, driving the lines along in a surge that replicates the surge of the waters. And being an engineer by profession (poetry in not a profession nor a job) Mark Carson can assess and explain what happens when such surges find a bridge in their way.

And the detail of what happens in the house is all too specific:

In such lines we not only see the awfulness of it, we hear it.

One might expect such a situation simply to engender despair, but there are moments of triumph to be celebrated; one such gives the collection its title. A picture lying under the mud gets trodden on and the glass broken. It is a picture of a hoopoe and as Mark removes the splinters he realises that without the glass he is seeing it “brighter than I’ve ever seen it… the bird’s unharmed.” Sadly, he finds he cannot say the same about his collection of guitars.

There is no gloom here and I so like the little verbal jokes which we come across. A sturdy table now “stands unstable.” And the imagery: “turtles like soup plates”, “splinters of glass fan out like starshells.” We are not spared the details of what it is like trowelling through mud to find what used to be your belongings, or finding a snake under what used to be a sofa.

But the sequence ends with a magnificent ‘Feast Day.”

And what a wonderful detail “anarchist” is.

And then we have the recipe for this feast – two pages of mouth-watering detail which we ourselves are invited to savour: the onions and garlic, the chickens and turkeys, mussels, cockles, scallops and crab and the stamens of a hundred thousand crocuses.

It also has to be said what an attractive little book this is. From its outset in 2014 Wayleave Press established a house style which is instantly recognisable for its elegance and simplicity. And Mark Carson’s poems? Elegant yes ? simple no.