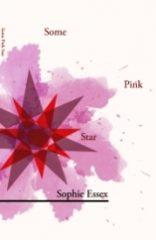 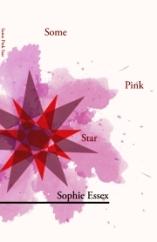 Firstly I have to say that this is an extremely sensual book to hold. The pages feel crisp and clean – which is rather surprising since the content reveals the very complex relationships of sex to violence and violence to sex. But while it is surprising it is also welcoming.

This is a complex chapbook of only 32 pages. I had to read all the poems – which are set out as fragments – straight through a couple of times before I began to understand the connection. That is not a criticism however, because the more I read the poems the more the details and ‘bruising’ came alive. And I use the word ‘bruising’ purposefully since the poems deal in harsh realities of the correlation between sex and violence. But there is also tenderness here.

Each fragment poem has its own title. Colour features prominently in titles and in the poems themselves e.g. ‘Titan Blue’, ‘Periaqueductal Gray’, ‘Vanilla Sky’, ‘This Is The Colour Of My Dreams’, and so on. ‘Vanilla Sky’ consists of just one line:

This line can be read in many ways: as a gentle pursuit or violent action and I had to go back several times to it and to the poems either side of it. An important feature of this beautifully produced chapbook is the space around the words as they are set out on the page.. We know that created space is as important in poetry as it is in art because space can speas as loudly as words. Here are some lines from ‘Isabelline’:

I paused over the word ‘domesticated’ for a long time. It has such hidden power, domestic being linked with security and love but also with abuse and violence.

In each of the fragments the words seem carefully chosen to resonate with the meaning, sub-meaning and an act of penetration. Essex has exerted great control over the layout of these poems and each one is a piece of art – a piece of art created by fragmentary words. When I look at a picture I look for colour, space, figures, for clues how to read the picture. These poems give us clues how to read them by the space they create and the visual image is as important as the context and tone.

The use of colour is also important as it conveys many possible contexts. Royal purple, for instance, can be identified with violence through the colour of bruising and red of course is the colour of passion and blood.

After you have read these poems you can decide for yourself how you want to interpret them,. You can come to your own understanding of how you want to view each page and what, for you, are the book’s essential themes. There is one thing however that this chapbook does not do. It does not leave you feeling cold or without emotion. After reading this book you have to work out how you now feel towards the subject of sex and violence. One question I am left with is this: Could this book have been displayed at the Royal Academy Summer Exhibition?

Here are some lines from ‘Grapefruit’ for you to think about …