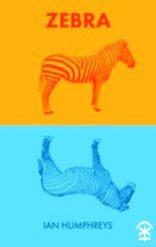 Reading this impressive debut collection in tandem with Johnny Marr’s inspirational memoir Set the Boy Free sent my mind reeling back, albeit along two very different paths, to the Manchester of the last quarter of the twentieth century. During the Nineties the ‘n’ in the city’s name became a ‘d’ – both in the media and in much of the popular imagination. Its raw in-yer-face energy struck me (from my few but memorably intense visits) as a force that lived up to the hype, and more than rivalled London, where the prevailing New-Agey atmosphere was by some lights cooler, but definitely less edgy overall. Humphreys’ book, like Marr’s, largely unfolds against the background of the gradual build-up to that time, focussing on his early life in Manchester over the preceding two decades.

Some of that rawness emerges early on in a disturbing yet hilarious account of his upbringing. ‘POP!’ refers both to his father and the sound of paternal fists slamming into offspring’s heads, the latter of which becomes more Batmanishly cartoon-like as the poem proceeds. It turns out the situation is Larkinesque in its handing on of inhumanity: the father confesses that his own ‘Irish father’

but then, with inadvertently deadpan humour, indicates just how smoothly the baton can be passed:

The poem has an ambiguous end, with a teasing enquiry into the nature of revenge and malevolence, as the speaker, clearly going against the violent grain in physical terms at least, announces he never hit his dad

That hint of Faulkner suggests the speaker’s literary aspirations, while the theme of isolation is soon developed, as the poet details his teenage years spent coming to terms with his then-still-marginalised sexual orientation and the ensuing experiences. The title of ‘Another boy’s story’, dedicated to ‘all the other voices that spoke up first’, references a key literary influence, Edmund White, and the poem goes on to salute two more, Wilde and Baldwin. However, even though he is worldly enough to register and reflect sardonically on a teacher’s homophobia –

it transpires that the young poet’s passion for literature is somewhat early-Keats-like in its naiveté:

Soon the menace of AIDS begins to make its historic presence felt, with Humphreys being warned not to ‘go jumping into bed / with someone who’s flown in from San Francisco’, to which his eminently sensible response illustrates his ever-present light touch:

Thinking again of Marr, this reminded me of The Smiths’ similarly bathetic use of place names, as in ‘What do we get for our trouble and pain? Just a rented room in Whalley Range’. A Manchester trait, presumably.

There follows what I took to be a mimetically rapid segue into a less innocent state. The next poem (‘The Cottage’) makes clear that his previous lexical misapprehension has been thoroughly resolved, describing a scene tense with lustful expectation: ‘I remember the submarine blip / of dripping water, / the spring-hinged front door opening’. This time the use of geographical allusion, though still humorous, has a different slant as Humphreys observes some graffiti: ‘I SUCK COCK NOW / followed by an address in West Didsbury’. Though he may be new to it, the scene has the air of rehearsed automaticity for its regular participants, and despite his enthralment Humphreys manages to retain his eye (and ear) for the comically incongruous: ‘a circle jerk / as choreographed as a country dance / at a May Day fair’.

This is followed by ‘Canal Street, 1984’, taking us into a club where lurid predators stalk their young prey, one of whom offers the poet a sheepskin coat in return for sex, prompting this laconic intimation of a brutal new reality:

Later, the poems become still grimmer, and sometimes more laceratingly upsetting, but Humphreys loses neither his dignity nor his sense of humour as he nails various examples of discrimination from the AIDS era and since. ‘The mind gap’ relates a crowded London train journey in which a heavily perfumed stranger, while expressing sympathy for the disease she assumes he must have – presumably on the basis of his ‘gay’ appearance alone – (‘It’s such a tragedy… / your condition’), continues to stand on his foot, producing a reaction that once again forces an unexpected laugh from the reader, as Humphreys invokes the over-polite British tendency to say sorry when the other person is the one at fault:

The villanelle-like ‘Statutory leave’ documents another incident where hostility is masked by politeness, in which Humphreys and his partner are refused service at a restaurant on the grounds of their orientation. The nine-times-repeated quote ‘You two gentlemen are going to have to leave’ rings in the reader’s ears for some time afterwards.

One major strength of the collection is that although the story of Humphreys’ gay evolution forms the backbone, it is given greater depth and scope by the inclusion of many fine poems on other aspects of his experience, such as childhood adventure and risk-taking (‘Coalscar Lake’) and a sensitivity to nature that brings to mind early Ted Hughes (‘Stubborn cow’). In these his style is supple and varied, adapting to each poem’s focus with skill and agility. However, perhaps the best of all is saved to last, returning us to the main theme with a bittersweet, even reckless nostalgia for the golden but tragically deadly age he’s looking back on thirty-odd years later. ‘Return of the discotheque dancers’, with its constant use of the imperative ‘Come’, is a clear nod to Ginsberg’s unforgettable paean to casual gay sex ‘Come All Ye Brave Boys’, except that the simple addition of ‘back’ takes us into a period which Ginsberg and his mid-Seventies co-partyers were still blissfully unaware would ever occur. Humphreys’ ‘glistening boys’ cannot ‘return’, for reasons too obvious to state. The poem also recalls the late Oscar Moore’s memoir A Matter of Life and Death, with its poignant revelling in a world of orgiastic, shirtless, amyl-nitrate-fuelled hedonism, at the very club emphatically and defiantly celebrated in the poem’s (and collection’s) last three words.