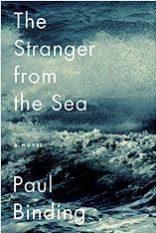 The Stranger from the Sea

February, 1885. A young newspaper journalist, Martin Bridges, takes an unexpected opportunity to move from South London to the town of Dengate on the Kentish Coast, where he has been invited to join the staff of The Channel Ports Advertiser. Bridges is a great admirer of W.T. Stead, presiding spirit of the Pall Mall Gazette, which has gained a national reputation for its work in uncovering dark secrets of London life, in particular the trafficking of under-age girls for sex among the bon-ton. Bridges takes lodgings in a house run by a decidedly odd proprietess, Beatrice Fuller, and there are hints that we are all set for a comedy of social life in non-metropolitan England, its revelations less dark than quirkily bizarre, specially as the house, where Bridges discovers he is the only lodger, is called Castelaniene, a name few of the townspeople can pronounce correctly, though Mrs Fuller shows Bridges a photograph of what she assures him is the Italian place from which the house’s name derives.

Mrs Fuller, who seems to be in the line of eccentric landladies which runs from Dickens to Patrick Hamilton, asks Bridges if he is ‘cheerful,’ a question also asked of him by the proprietor of the newspaper he has come to work for. (Is Dengate in search of cheerfulness or is this a code word?)

Mrs Fuller herself is far from cheerful, not surprisingly, given that both her husband and son have, she tells Bridges, ‘disappeared.’ Another code word, it seems. The young man infers that the word means the two men are dead. Or is it that Mrs Fuller, who belongs to one of those spiritualist sects which became increasingly a feature of late nineteenth-century life, thinks of them as having passed over into another world. Possibly. At all events, she takes him to a meeting where messages from the spirit world are passed to the assembled company. But the truth of these disappearances is, we eventually learn, quite otherwise, less dramatic though more scandalous. Real life is darker than fanciful speculation.

Binding is very good indeed at handling speech and idioms of the period, and he is equally good at creating social types, including Bridges’ London friend, Will Postgate, a ‘masher’ : successful journalist, block-headed egotist, and a man with a sexual predator’s eye for women.

Nevertheless, The Stranger from the Sea develops into far more than a novel of social observation. Early on, we learn of a terrible storm at sea which has brought about the loss in the English channel of a Norwegian ship, Dronning Margrete, from which few are saved. Martin is asked by the Advertiser to interview one of these survivors, a nineteen year old called Hans Lyngstrand, who, he is told, ‘paid dearly for his long time in the freezing-cold sea.’ The lad has been recuperating in a local hospital and is now to be moved to Beatrice Fuller’s lodging house. Bridges can interview him there. And there, the journalist finds Lyngstrand, the stranger from the sea, who has been installed in what Mrs Fuller calls ‘The Mercy Room’, which is opposite Bridges’ own. (You will have to read the novel to discover why the room has been given this name.).

During the course of a lengthy interview, conducted by ‘The W.T. Stead of Dengate,’ as Bridges is sardonically called, Lyngstrand has much to say of a mysterious shipmate, Alfred Johnston, the ship’s bo’son, who disappeared overboard in the storm but who will, Lyngstrand is certain, still be alive. Johnston seems more than merely human; it’s as though he embodies something primal, imperishable. ‘That man is a survivor if anybody is!’ he tells Bridges. So, for the moment at least, is Lyngstrand. He begins to visit Bridges at night, creeps into bed with him, and then they become, momentarily at least, lovers. That’s to say, they spend one night of explosively joyous sexual activity together.

Lyngstrand. This is of course the name of the sculptor in Ibsen’s The Lady from the Sea, and it is clear that while the young man in the novel is an actual, feeling presence, he also has a symbolic resonance that takes The Stranger from the Sea well beyond social comedy. In a review of this length it is impossible to tease out the subtle ways in which Binding uses Ibsen’s great play to underpin or shadow his own deepest concerns, but it isn’t, I hope, misleading or procrustean to suggest that The Stranger from the Sea is intriguingly reminiscent of how in A Room With A View, E.M. Forster uses Wagner’s Parsifal to suggest the deep meanings that underlie his social comedy. I think in particular of the key moment when Lucy Honeychurch, engaged to be married to Cecil Vyse, a man she does not love, stands alone in a field above Florence when George Emerson, the man she does love, although she hasn’t really acknowledged this, suddenly and fortuitously comes to confront her. (He is, it has to be admitted, a non-too convincing image of a working-class man, or thereabouts. More symbol than flesh and blood.) Their resulting kiss is an overwhelming and disturbing revelation to Lucy of her own deepest nature, and her decision to commit herself to him inevitably causes outrage among her friends and relations.

This doesn’t happen after Bridges’ night with Lyngstrand, who is soon gone from Dengate. He’s off to Rome to train as a sculptor. But some time after his departure, during a violent storm over Dengate, Bridges unexpectedly meets Johnston, the unhoused wanderer saved from the sea, and in what Johnston tells Bridges he reveals a Dionysian, anarchic wildness that may symbolise the sea but is a far cry from the paradisal beauty of Forster’s Fiesole (and the magical garden in Parsifal which it recalls.) There is, to be sure, a garden scene in Binding’s novel, a fine set-piece of social happenstance, but it is a thronged party, where Bridges meets Lucinda, the daughter of the Advertiser’s proprietor. The couple eventually marry, and as a result Bridges agrees to take responsibility for Lucinda’s son, Postgate’s bastard child.

This revelation comes toward he end of the novel. It is now 1891, the year of the first London performance of Ibsen’s play. Both Postgate (who thinks it absurd), and the transfixed Bridges are in the audience, and the scene of these two coming together in Terry’s Theatre – and their apartness, of course – is superbly carpentered, as are the connections between the Norwegian setting of the play as well as its action and what has gone before on the English south coast. You’d have to be a remarkably impercipient, indifferent reader not to register the force with which these connections reverberate and take us into the novel’s meaning. In comparison with so much contemporary fiction, for which outrageous and quick-to-fade claims are made – here today, gone by evening –, Binding’s deeply considered and adroitly rendered The Stranger from the Sea possesses a substantiality which is likely to endure.