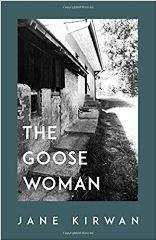 These poems weave places and people, with the heart of the collection set in the village of Slabce. Imagining that her readers are unlikely to know anything about it – or even where it is – Kirwan handles this lacuna in our knowledge with wit and relish. She lets Slabce introduce itself early in the collection (in the poem ‘I am Slabce’), establishing not only the village’s personality but also her own wry humour and ear for patterns of speech.

The combination of pride with apology, of civic relevance with the incidental and domestic, the present with the past, is all given equal weight as Slabce describes itself in one headlong rush of a poem. It’s the voice of any village newsletter, and also close to the tone you might get if you ask Google to ‘translate this page.’ It has no elegant opening paragraph, no baroque flourish at the end; that’s why it rings true. It’s a poem of the twenty-first century in the way that pubs are closing and social life has become drinks at home behind closed doors. The poem is longer, of course, and it was difficult to decide which lines to quote: it’s an accumulation of small gems – and an anchor for the collection.

Kirwan knows Slabce well. She and her partner, Aleš, have spent their summers in this village in the Czech Republic for almost twenty years, rebuilding their house while living in it, getting most of it right. The goose woman of the title, dead now, threads through the poems – local, rooted, absorbed in her flock, and a way to connect past and present. At first In ‘Gossip’, now ninety-two and brought to visit her old home

The continuity of rural living is not confined to Slabce, however, and the poem ends – unexpectedly – in Ireland, with Kirwan’s grandmother deep in local gossip. It’s the universal tone of old women, discussing local reputations, that makes an extra level of connection: another country but the same ways. The Irish references, though lightly used, bring depth to Kirwan’s innate understanding of rural personalities: it’s people who give a place its identity and there is nothing romantic in her approach either to people or to the relentless hard labour required to shore up old buildings. In ‘On Not Wanting Grandmothers’ she looks honestly at the goose woman

Similarly Vladimír (in ‘Hitch-Hiker’), the ex-miner who turns up each year ‘muted and lackadaisical’ to ‘… work his exact hours then drink/ slivovic outside Novák’s’. There is, of course, Aleš, with whom she shares love and building work. In ‘This is the house that Aleš built’ she uses the form of a child’s poem to underline the multitude of repetitive tasks needed to repair their house

Pumps rust, gutters leak, drains block: balanced against the trials are the joys of a redstart nesting in the jasmine every year, the roses flowering crimson, and the squirrel who ‘threads the birches lightly, loops, dives;/ its black eyes trimmed with white,/ the rest is golden-red.’ Not a grey squirrel but a red: this is one of the rewards for living in Slabce. The garden (in ‘Where They Blossom’ ) is

while in ‘’End of March in Slabce’, when they arrive for what will be summer, it’s damp (inside and out) and every comfort has to be made afresh.

Free verse gives the poems a sense of immediacy and freshness; it’s in the present that the poems are powerful, not in any return to the past. In ‘Arklow Sugar Bowl’ Kirwan has played with a dream of returning to Ireland – ‘I thought I’d waltz in, hear she’s home at last!’ – while recognising it can only be fantasy, and the reality would be

Kirwan’s life is in Slabce, with all its quirks. While re-reading the collection I kept returning to ‘I am Slabce’ for the voice Kirwan has let her home use in all its jumbled self-importance. This is how the poem ends:

The modesty of ‘often’, the positioning of ‘deaths’ out of the accepted order, the grandiose ‘annual ball’ and its confused place in the calendar: it’s a canvas to which all the other poems can be pinned, pulling the collection together. This is a collection to savour slowly, sharing in Kirwan’s love of nature, place and people.