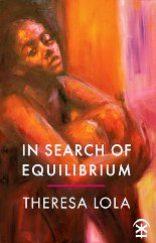 This superb debut collection revolves around the death of the poet’s grandfather, whose Alzheimer’s resulted in a ‘four year funeral.’ Lola’s response to her grief illustrates her unpreparedness ‘for this world of fighting darkness. In “Where is Ja Rule to Make Sense of the Apocalypse” she writes:

That ‘sweeping me off my bones’ is just one of a number of lines in the collection that stop you dead. Lola is also excellent at a more prosaic accretion of sentiment, an example being “Closer”, which deals with her relationship with her once estranged father:

The way in which this sobriety sits alongside her vivid image-making hints at the search of the collection’s title; but Lola also offers less oblique clues to its meaning. ‘My new-born brother wailed into existence/and my grandfather’s eyes became two stopwatches/counting down his own exit’ she writes in “Equilibrium”. She then continues ‘As my new-born brother was crowned with a name/my grandfather’s brain began to forget his.’ There is a similar explicit directness in “Death: Definitions (I)”:

For me though, there is another possible reading. At the end of “Blessed Are the Mothers of a Dead Child”, Lola writes:

Perhaps writing poetry is the source of this sanity. Perhaps it counterbalances grief. Maybe this is where the equilibrium lies.

Everything that can happen Nellie Cressall on the Isle of Dogs Part 2, by Jane McChrystal.