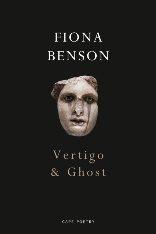 Fiona Benson’s compelling poems defy the structure and content of classical myths where women figures are often subject to abduction and rape. She exposes the violence and abuse of power perpetrated by Zeus, the epitome of the male aggression and dominance, against his victims. Girls might be in part complicit in arousing man’s desire when the ‘chemical cocktail’ of the teenage heart boosts the hormones making them carnal and vulnerable, as the poet voices in the opening poem. Their desire becomes ‘a shared addiction’ mingled with ‘the terrible restraint’ (‘Ace Bass’). Nevertheless, Zeus’s aggressive and deceitful attitude cannot be justified. His ruthless violence and its effects on the victims are expressed in fragmented forms, angry upper case and outrageous imageries that testify the violation and consequent trauma:

Zeus is the personification of the rapist, confident in his power and position that grants him absolution from all his crimes; he reminds us of so many cases of abuse disclosed by the #MeToo movement, such as Harvey Weinstein and Bill Cosby. He looks stereotyped and slightly ridiculous with ‘his muscular shoulders’, ‘his hair/in a golden tail’ and ‘LIGHTNING BOLT’, but yet he is threatening as he can do what he wants and get away with it.

Shocking images of rape are evoked, connecting the classical myths narrated in Ovid’s Metamorphoses with the sheer reality of today’s rapes widely perpetrated against women, young girls and children. Zeus is present both as the protagonist or he is behind the scenes ‘holding the lamp,/keeping it steady for the rape, and the kill’ (‘[transformation: Daphne]’). He is the hero of several myths mutating himself into a swan to seduce Leda, a white bull with Europa and a golden rain with Danaë. His victims are transformed by the jealous Hera or, to save themselves, are changed into some subspecies. It is a painful transformation that can reduce them to ashes, as in Semele’s myth, or into a plant or a wild animal, a bear as in the story of Callisto. The victims are banned from society and consequently isolated on earth or up in the sky as a constellation. Therefore, the consequences of Zeus’ s actions are traumatic and prompt a distressing change that is sublimated in the myth’s narratives but is clearly exposed in Benson’s poetry. The distressing transformations punish or save them temporarily but always isolate the victim from the rest of humanity.

In Ovid’s Metamorphoses there is a proximity of all natural forms, in which humanity, plants, animals and minerals can merge into each other in a continuity that blurs the boundaries between the different worlds. But this smooth progression is erased in Benson’s poems. Anger highlights the rupture that is the consequence of the abuse and that transmutes the victims into inferior forms bearing enduring wounds:

Benson underlines her vision of traumatic and abusive transformation in the structure of her poems as well; this highlights the rupture with traditional schemes and linear stanzas. This is seen in poems such as ‘[transformation: Cyane]’, which has the shape of a spiral and also in the use of upper case with ironic undertone, voicing Zeus’s thoughts. Other examples are the fragmented lines of poems such as ‘[surveillance; bull kneeling]’ and ‘[transformation: Io]’ quoted above. It is a successful way to experiment with new forms that contribute to the effect of the powerful narratives and convey strong imagery connecting structure and content.

The second section of Vertigo & Ghost features lyrical poems that develop the techniques and themes present in Benson’s first collection, Bright Travellers, which won the 2015 Geoffrey Faber Memorial Prize and the 2015 Seamus Heaney Centre Poetry Prize for First Full Collection. It was also shortlisted for the T.S. Eliot Prize and the Forward Prize for Best First Collection. One of the poems in this second section, ‘Ruins’, was also shortlisted for the Forward Prize for Best Single Poem.

The poems develop in enthralling lines her experience of childbirth, child feeding, miscarriage, occasional depression and the care for her family. They belong to the ordinary life of the average woman, which becomes profound and emotional in Benson’s lines. Everything is at stake in human relationships and puts identities at risk, but at the same time they are the source of our joy and pleasure. Nature participates and reflects her feelings, as well as her sadness and hope:

It is an inverted spiral that pulls her down, and yet hope comes back in the healing powers of poetry and comradeship with other women who suffer her same worries and care for their dear ones. Of course, her family, especially her children, are the paramount source of hopefulness and recovery:

Finally and chillingly, Benson suggests that it is not only abuse but also war which lingers unpredictable and menacing in every woman’s life, putting in her dearest ones danger, materialising her worries, dooming her to a constant state of alert: