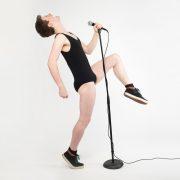 A show that leaves the line “Are you fucking kidding me?” ringing in your ears and delivers a series of morals that include “don’t pressure other people into sex because it doesn’t work” and “don’t judge people by appearances, unless they’re really hot” could cause offence.

Instead it serves to confirm the engaging innocence of Simon David, who spins an hour of entertainment from the flimsy premise that he has yet to bag that elusive record deal or any other relationship deal, making his unique selling points that he is still a virgin and wears a leotard. 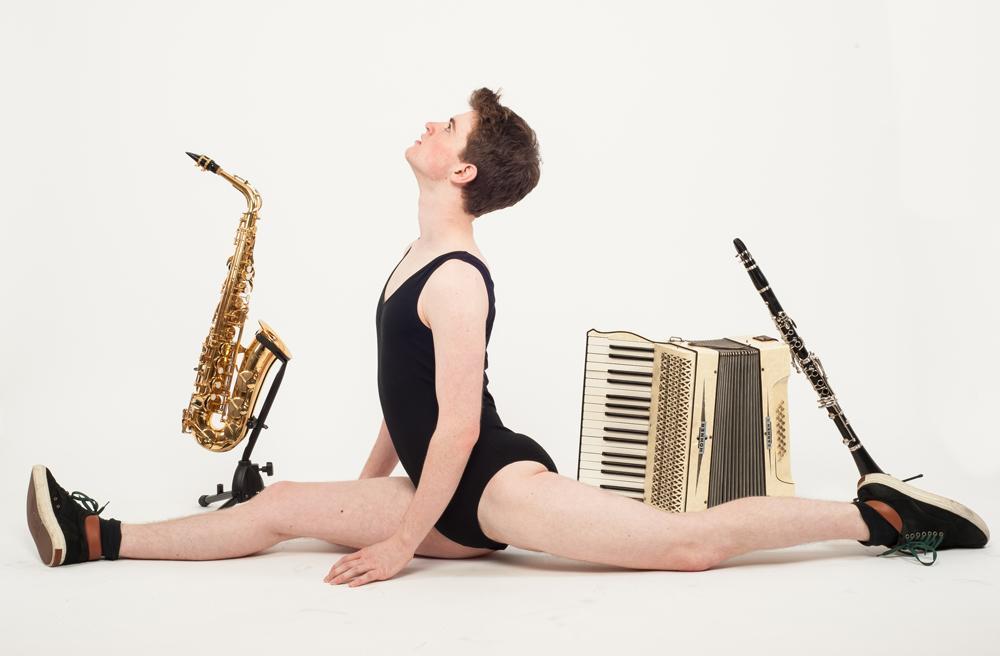 He’s that youthful mixture, which makes the Edinburgh Fringe such a life-affirming place, of the confident and the vulnerable, telling us that, of the thousands of shows at the fringe, only four are any good.  He leaves us to decide whether this is one of them. 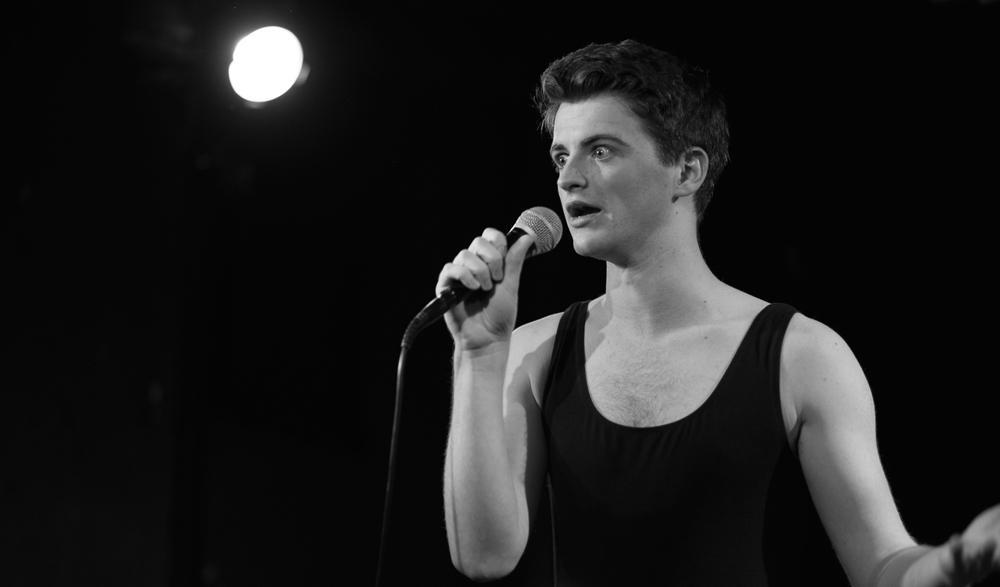 The closest he gets to more intellectual content is a list of the various names for different types of gay men.  He, we discover, is a twink, as opposed to an otter or a bear. 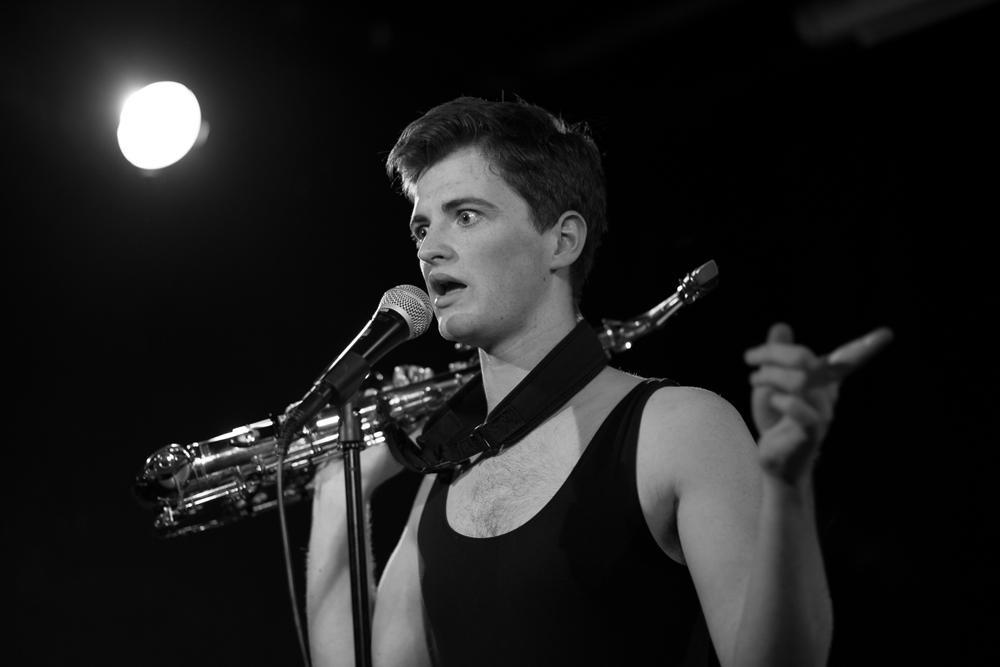 There is nevertheless showbiz substance in an ability to override technical glitches and win over a skittish audience that are the mark of a true pro.  He also has an irrepressible musicality in danger of making the prime role of his highly capable three-piece band not so much to accompany him as to provide complicity with a pleasantly bemused audience.