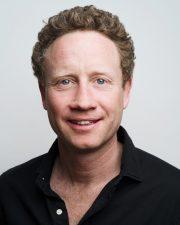 To most Britons, P.G. Wodehouse is known as the creator of quaint, comic novels starring the blundering upper class twit Bertie Wooster and his astute valet Jeeves.

He also contributed lyrics and stories to a wealth of musicals and his step great grandson, the opera singer Hal Cazalet, who as a child slept in a room beneath the Wodehouse archive, tells us he only got to know P.G. Wodehouse’s prose through the song lyrics.

It’s the premise for an evening of warm entertainment that begins with Wodehouse and ends with Dudley Moore and Peter Cook’s “Goodbye”, taking in around a century of finely crafted songs between.

The recipe for a winning song is complex, but writing team-work and an understanding of stage-craft play their parts.

Cazalet, whose own deep understanding of musical theatre stems not just from sleeping beneath an archive but also from training at the Guildhall in London and the Julliard in New York, tells the story of George Abbott, legendary in Broadway circles as a producer, director and playwright, who stepped in to save the “My Fair Lady” song “On the Street Where You Live” from oblivion with a tweak to add vital context.

Less famous now, but successful at the time were Wodehouse and Jerome Kern’s collaborations when the Broadway musical was in its infancy.

“We’re Crooks” from the hit musical “Miss 1917” evokes an era of gentle, innocent subversion of the status quo with its mockery of the supposedly legal professions.

“We never worked on Wall Street because we have some self-respect,” is one of the lines.

Another period piece, greeted with particular warmth by the members of the Wodehouse association in the audience was “Oh Gee, Oh Joy” from the 1928 flapper-era musical Rosalie, again by Wodehouse, collaborating with George and Ira Gerschwin.

The Wodehouse material however charming is dated and Cazalet’s patter moves us on via tenuous connections to the songs that followed and in some cases are more timeless.

My favourite of the evening was Cole Porter’s “Wake Up and Dream”, as relevant now as when it emerged around the time of the Wall Street Stock Market Crash in 1929.

Cazalet, accompanied by pianist Simon Beck, is mostly the star of the show, but he brings in a few co-stars, introduced in the luvvie atmosphere of the intimate Crazy Coqs space.

The luminaries of today include Cazalet’s sister, the actress Lara Cazalet who sings “Bill” from the musical Show Boat, the work of a collective, including Wodehouse, Kern and Hammerstein.

Jazz pianist Barbara Moore, a collaborator and friend, but no relative of Dudley Moore plays the Blackbird Medley and regales us with anecdotes of a bygone era of musical revue and showmanship.

Happily it’s not all in the past. Janie Dee, starring in Follies at the National, took a night off to perform the hilarious “Copy Type” from Alan Ayckbourn and Paul Todd’s “Me, Myself and I”.

The Crazy Coqs is not quite the New York Algonquin Hotel where Dorothy Parker, Noel Coward, Irving Berlin and Wodehouse congregated, as Cazalet reminds us, but it is a fine venue to celebrate the need for artists who make us wake up from the daily grind and dream.