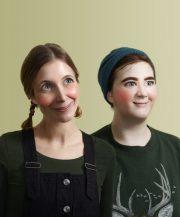 Englebert Humperdinck’s opera was composed in 1893 and it premiered  in the Weimar Republic.  The libretto was written by Humperdinck’s sister, Adelheid Wette.  Shamefully, she is unmentioned in the programme.  Hansel and Gretel was originally written by The Brothers’ Grimm in 1912.  It is a folk tale, showing how a brother and sister avoid being eaten alive by a witch in the gingerbread house.  It is a tale that seems to foreshadow the Third Reich.  The story is of abandoned and lost hungry children who fill their bellies with the seductive sweets of she who will kill them is a dangerous premonition.  Post-Hitler the tale has dark resonances but this production takes another route.

When I saw the production, it was featured at the magical Museum of Childhood in Bethnal Green.  The venue was terrific for these gifted singers as the high ceiling offers a sonorous rebound for their voices.  This is opera for the people rather than for the elite and is to be applauded.  The standard of the singing is thrilling.  This is a wonderful ensemble sensitively led by Barrak Dyer who also conducts and plays the piano as sole accompanist.  Polly Leech is a brilliant Hansel.  She is a natural comic actor as well as being a most exciting mezzo.  Producer Fiona Johnston has assembled an ensemble who totally inhabit the spirit of the production and who grab the audience with the simplest of props and the most fundamental lighting.

Where the production does not work for me is with the subtitling.  The libretto is sung in German and, as a German speaker, it was highly irritating to read a puerile English pseudo-interpretations of the text with asinine television references.  We got Jamie Oliver, Strictly and supposedly cool street talk such as ‘innit’.  How it jars to have London cultural tics played against a narrative rooted in medieval German folk tale.

This pop-up opera has a long future with dates running through to the end of November.  Perhaps a rethink of the subtitles might be taken onboard to improve this partly joyous experience.